A secretary flaunts her relationship with an elegant boastful ladies man not realizing that her employer is in love with her. / Two press agents each representing rival and highly competitive companies find themselves falling in love. 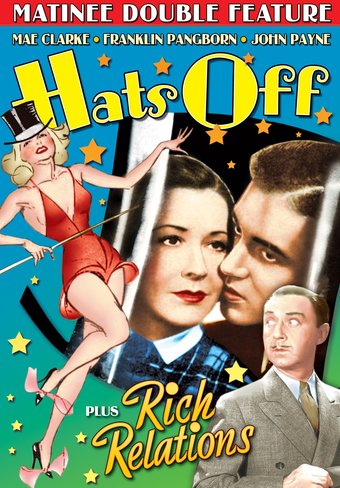 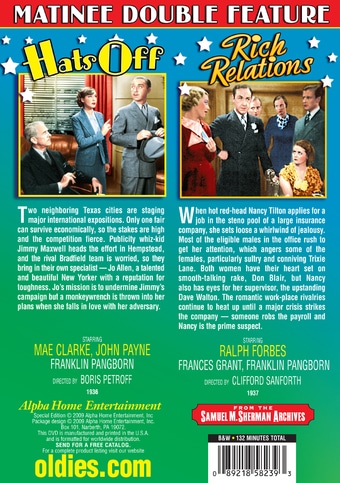 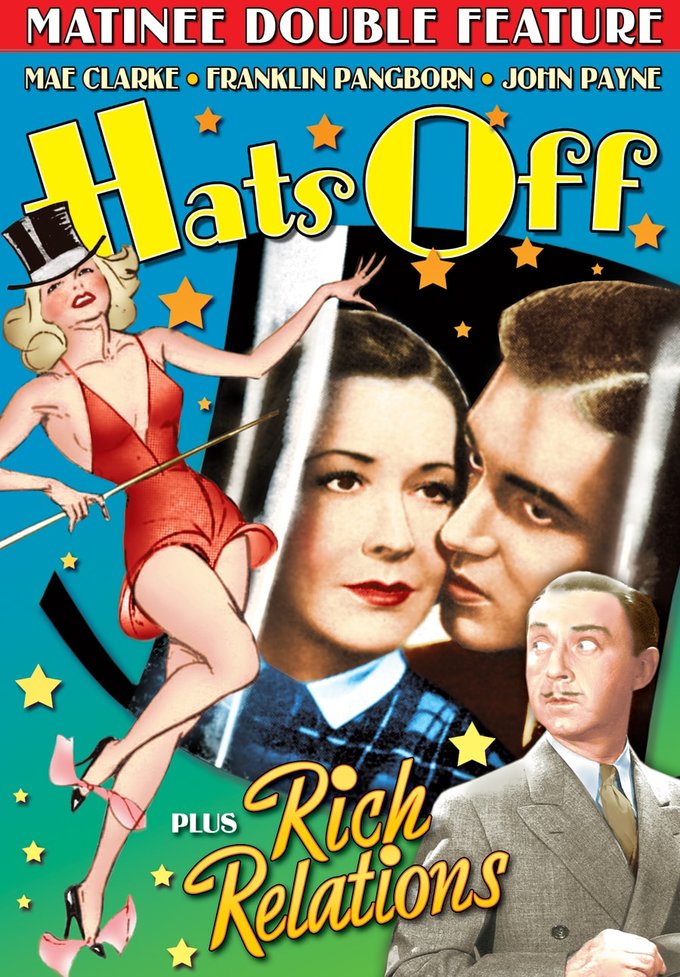 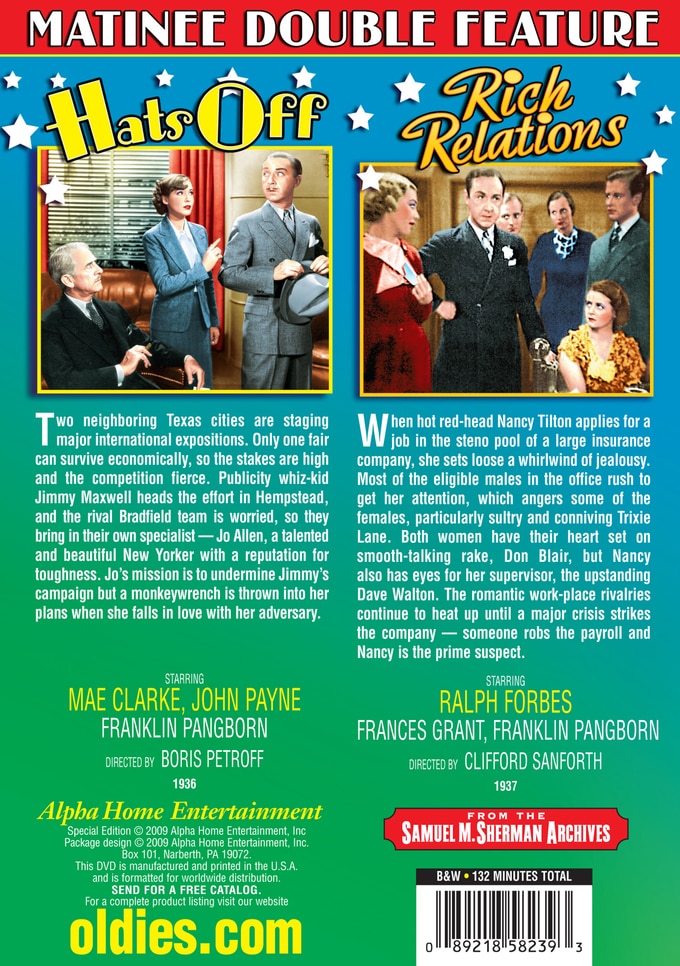 Rich Relations (1937, B&W): When hot red-head Nancy Tilton applies for a job in the steno pool of a large insurance company, she sets loose a whirlwind of jealousy. Most of the eligible males in the office rush to get her attention, which angers some of the females, particularly sultry and conniving Trixie Lane. Both women have their heart set on smooth-talking rake, Don Blair, but Nancy also has eyes for her supervisor, the upstanding Dave Walton. The romantic work-place rivalries continue to heat up until a major crisis strikes the company - someone robs the payroll and Nancy is the prime suspect.

Hats Off (1936, B&W): Two neighboring Texas cities are staging major international expositions. Only one fair can survive economically, so the stakes are high and the competition fierce. Publicity whiz-kid Jimmy Maxwell heads the effort in Hempstead, and the rival Bradfield team is worried, so they bring in their own specialist - Jo Allen, a talented and beautiful New Yorker with a reputation for toughness. Jo's mission is to undermine Jimmy's campaign but a monkeywrench is thrown into her plans when she falls in love with her adversary.

This double feature presents two vintage romps from the 1930s. Rival press agents go head to head in the musical HATS OFF. In the screwball comedy RICH RELATIONS, a secretary is wooed by an urbane playboy while her boss is secretly in love with her.

Two Press agents representing rival companies find themselves fallling in love with each other.