A wealthy publisher leaves his faithful girlfriend to marry a soulless socialite. 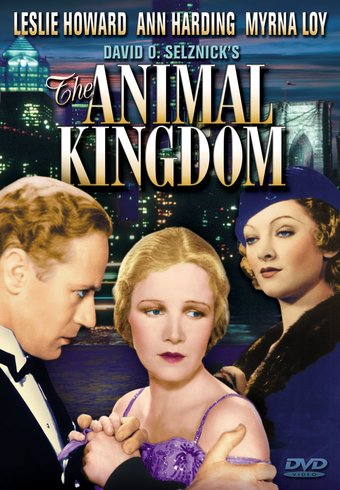 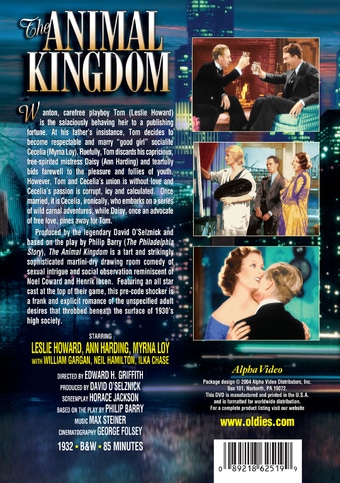 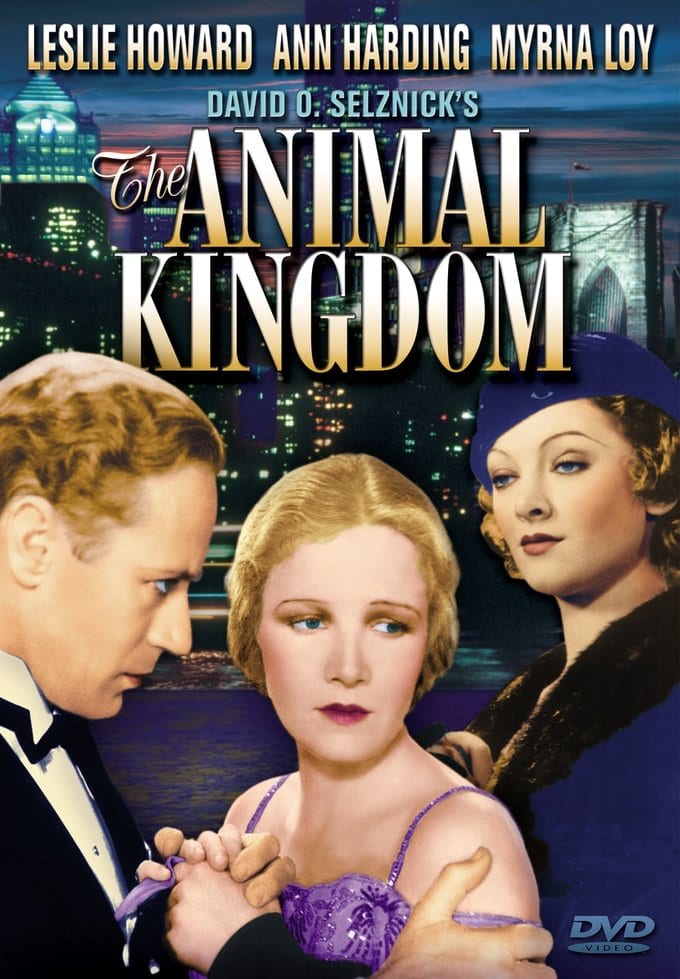 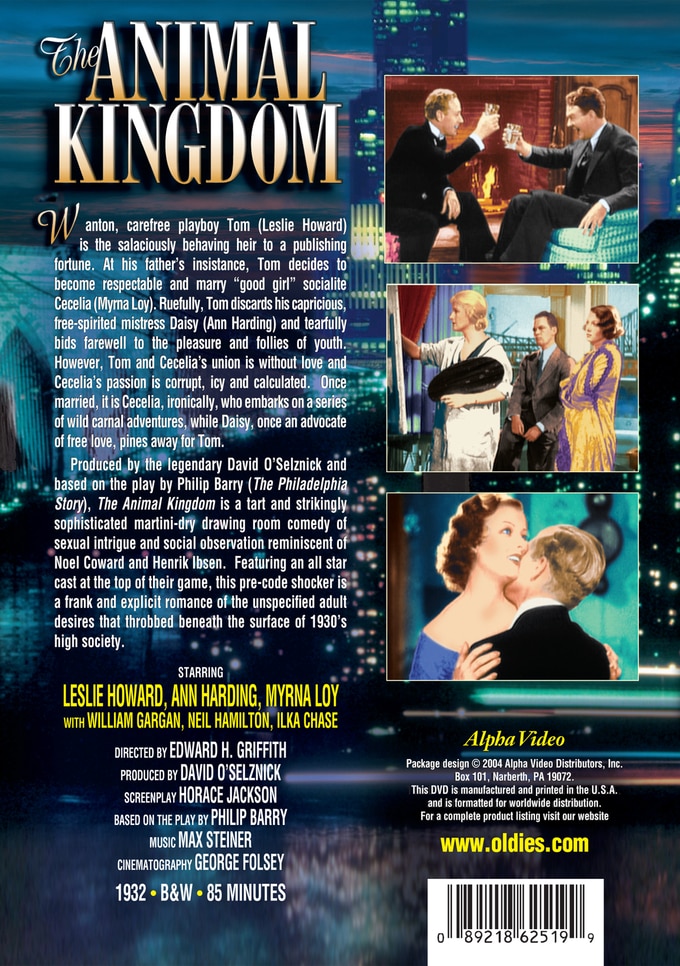 Wanton, carefree playboy Tom (Leslie Howard) is the salaciously behaving heir to a publishing fortune. At his father's insistence, Tom decides to become respectable and marry "good girl" socialite Cecelia (Myrna Loy). Ruefully, Tom discards his capricious, free-spirited mistress Daisy (Ann Harding) and tearfully bids farewell to the pleasure and follies of youth. However, Tom and Cecelia's union is without love and Cecelia's passion is corrupt, icy and calculated. Once married, it is Cecelia, ironically, who embarks on a series of wild carnal adventures, while Daisy, once an advocate of free love, pines away for Tom.

Produced by the legendary David O'Selznick and based on the play by Philip Barry ("The Philadelphia Story"), The Animal Kingdom is a tart and strikingly sophisticated martini-dry drawing room comedy of sexual intrigue and social observation reminiscent of Noel Coward and Henrik Ibsen. Featuring an all star cast at the top of their game, this pre-code shocker is a frank and explicit romance of the unspecified adult desires that throbbed beneath the surface of 1930's high society.

An awkward love triangle is created when a publisher (Howard) encounters a moral speed bump and engages in an affair with an open-minded artist (Harding) while married to a stodgy suburbanite (Loy). Complicating matters is the tendency of the mistress to play the role of unassuming wife while inelegant and deceptive wife acts as the mistress. Based on the successful play by Philip Barry, it was the first film shown at the RKO Roxy Theater. Remade as One More Tomorrow in 1946.

Vintage | Betrayal | Love Story | Love Triangle
This product is made-on-demand by the manufacturer using DVD-R recordable media. Almost all DVD players can play DVD-Rs (except for some older models made before 2000) - please consult your owner's manual for formats compatible with your player. These DVD-Rs may not play on all computers or DVD player/recorders. To address this, the manufacturer recommends viewing this product on a DVD player that does not have recording capability.

Customer Rating:
Based on 2314 ratings.


The "morality" of this story is on a par with that of the same writer's The Philadelphia Story, which humorously advocates the double standard and wife beating. Here the poor husband makes the mistake of abandoning his mistress for a wife, who, horror of horrors, discourages him from losing his fortune on a vanity press by asking him to slip a popular title into the publishing schedule from time to time so that he can finance the avant-garde volumes he prefers. This sort of rank philistinism (a.k.a. common sense and financial responsibility) naturally hurtles him back into his mistress's arms. At the rotten root of this story is an ethos which despises those who have to work for a living and admires the free spending of unearned wealth. Nicely done for all that -- the actors are perfect for their various roles, especially that "icy" Myrna Loy.


This 1932 David O'Selznick production is a timeless lopsided love triangle between Tom, his mistress, Daisy, and marriage to Cecelia. The sound is a beautiful quality, unlike other movies of this era with no distortions in volume; and the visual condition is impeccable.

"The Animal Kingdom" is a virtual time capsule, with the lovely home furnishings, the elaborate hairstyles and highly-stylized fashions the actresses wear.