An opera singer whose career is on the decline finds newfound fame doing popular songs on the radio. 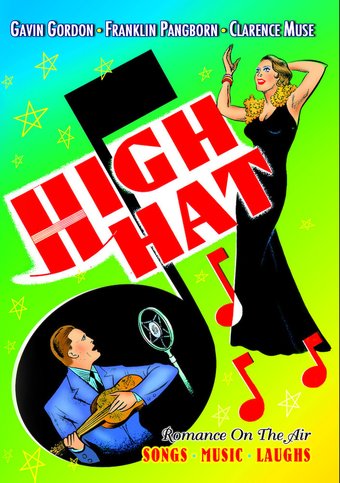 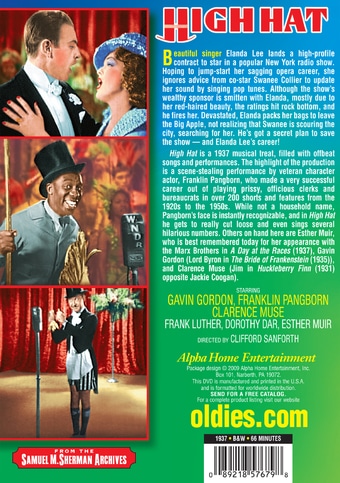 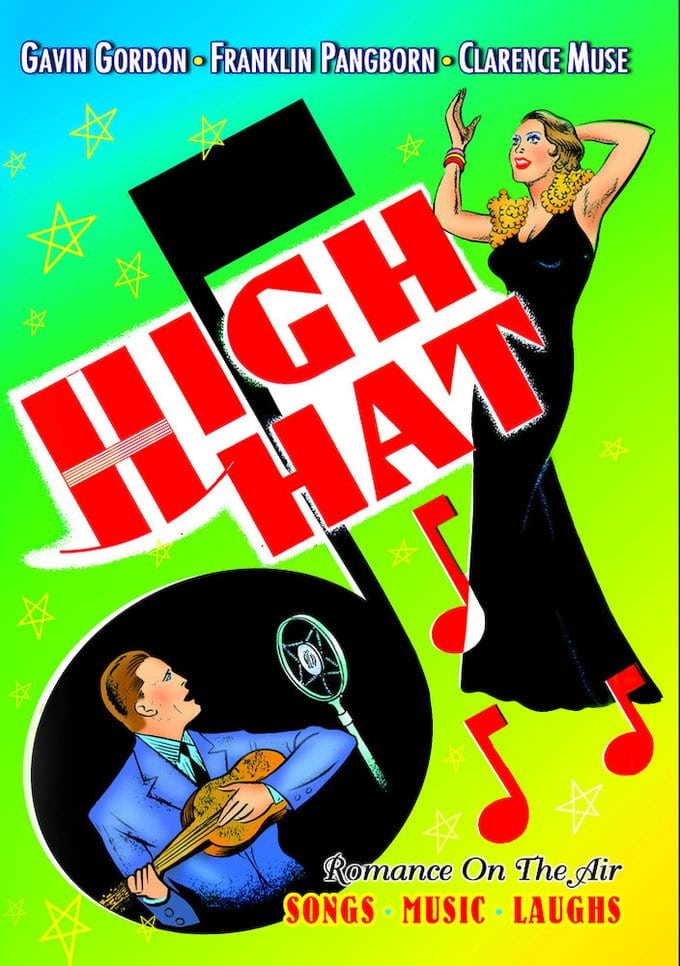 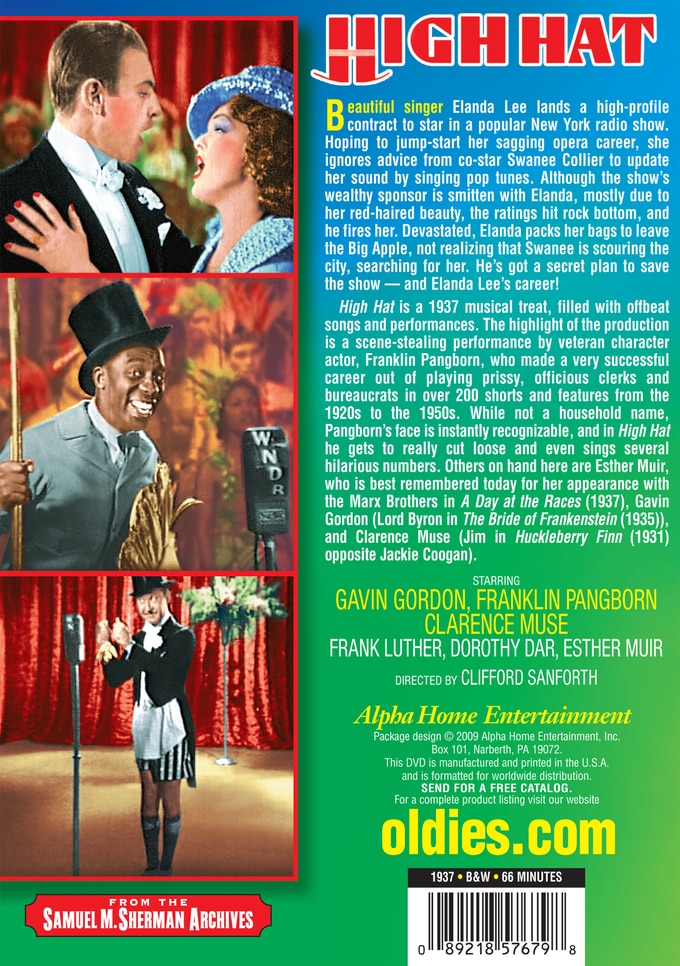 Beautiful singer Elanda Lee lands a high-profile contract to star in a popular New York radio show. Hoping to jump-start her sagging opera career, she ignores advice from co-star Swanee Collier to update her sound by singing pop tunes. Although the show's wealthy sponsor is smitten with Elanda, mostly due to her red-haired beauty, the ratings hit rock bottom, and he fires her. Devastated, Elanda packs her bags to leave the Big Apple, not realizing that Swanee is scouring the city, searching for her. He's got a secret plan to save the show - and Elanda Lee's career!

High Hat is a 1937 musical treat, filled with offbeat songs and performances. The highlight of the production is a scene-stealing performance by veteran character actor, Franklin Pangborn, who made a very successful career out of playing prissy, officious clerks and bureaucrats in over 200 shorts and features from the 1920s to the 1950s. While not a household name, Pangborn's face is instantly recognizable, and in High Hat he gets to really cut loose and even sings several hilarious numbers. Others on hand here are Esther Muir, who is best remembered today for her appearance with the Marx Brothers in A Day at the Races (1937), Gavin Gordon (Lord Byron in The Bride of Frankenstein (1935)), and Clarence Muse (Jim in Huckleberry Finn (1931) opposite Jackie Coogan).