Happy-Go-Lucky / The Devil on the Horseback

A nightclub entertainer is identified as a missing amnesiac test pilot. / Rivalry erupts between a Mexican bandito and a press agent when they fall in love with the same woman. 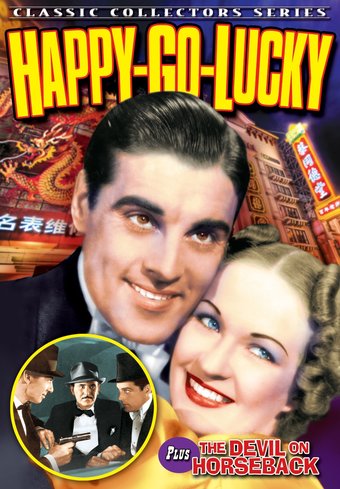 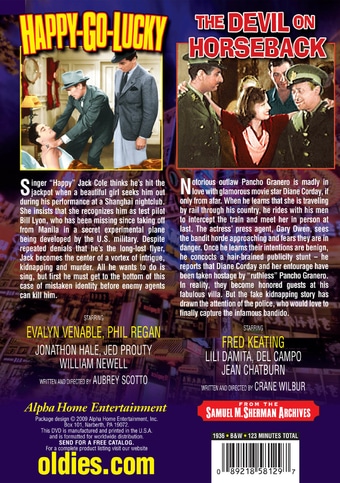 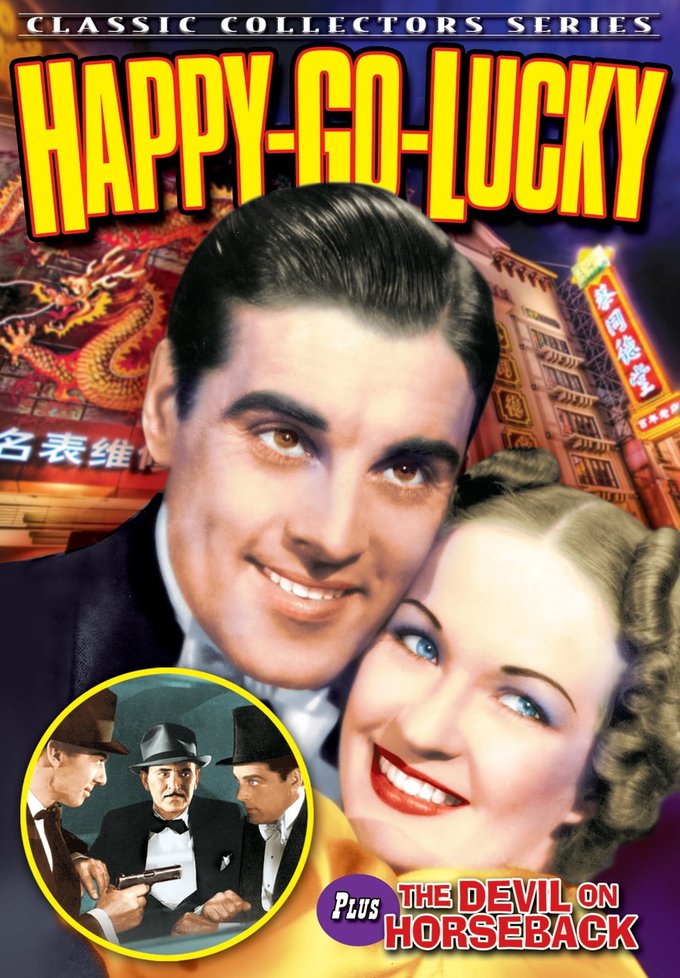 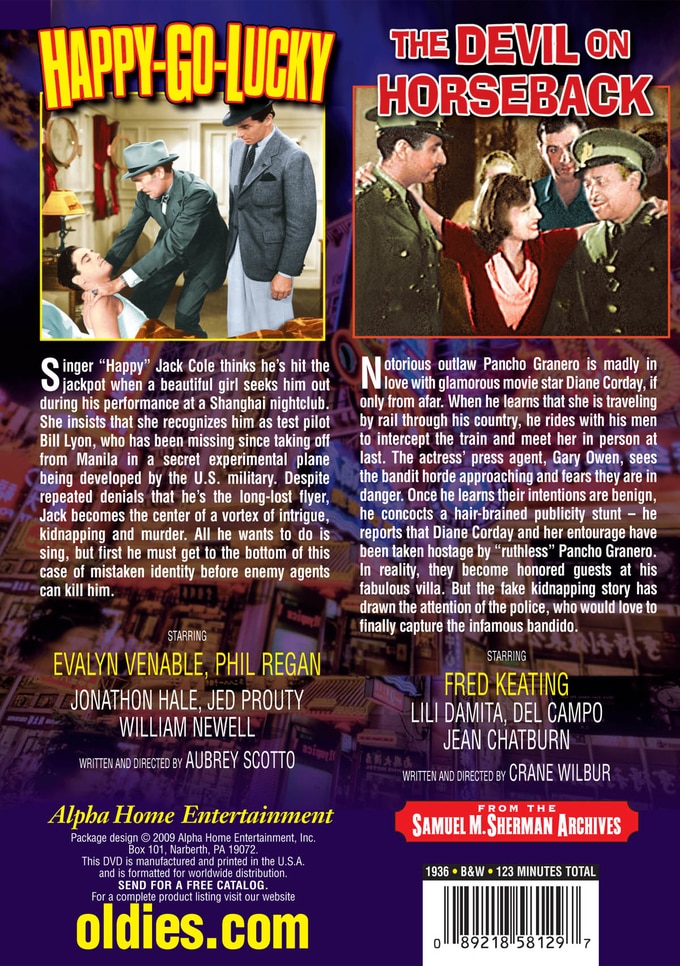 Happy-Go-Lucky (1936, B&W) Singer "Happy" Jack Cole thinks he's hit the jackpot when a beautiful girl seeks him out during his performance at a Shanghai nightclub. She insists that she recognizes him as test pilot Bill Lyon, who has been missing since taking off from Manila in a secret experimental plane being developed by the U.S. military. Despite repeated denials that he's the long-lost flyer, Jack becomes the center of a vortex of intrigue, kidnapping and murder. All he wants to do is sing, but first he must get to the bottom of this case of mistaken identity before enemy agents can kill him.

The Devil On Horseback (1936, B&W) Notorious outlaw Pancho Granero is madly in love with glamorous movie star Diane Corday, if only from afar. When he learns that she is traveling by rail through his country, he rides with his men to intercept the train and meet her in person at last. The actress' press agent, Gary Owen, sees the bandit horde approaching and fears they are in danger. Once he learns their intentions are benign, he concocts a hair-brained publicity stunt -- he reports that Diane Corday and her entourage have been taken hostage by "ruthless" Pancho Granero. In reality, they become honored guests at his fabulous villa. But the fake kidnapping story has drawn the attention of the police, who would love to finally capture the infamous bandido.