The Life of Christ Volume 1

The epic story of the life of Christ. 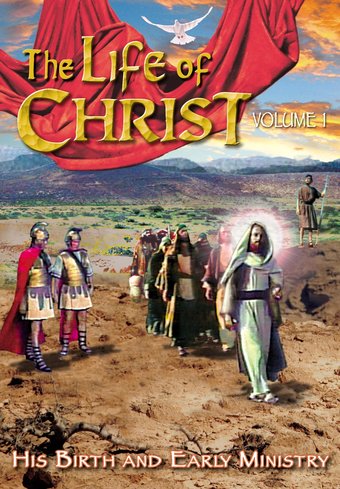 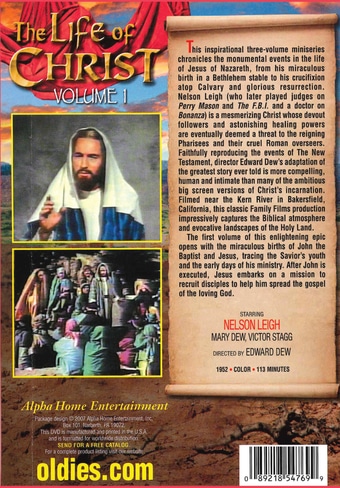 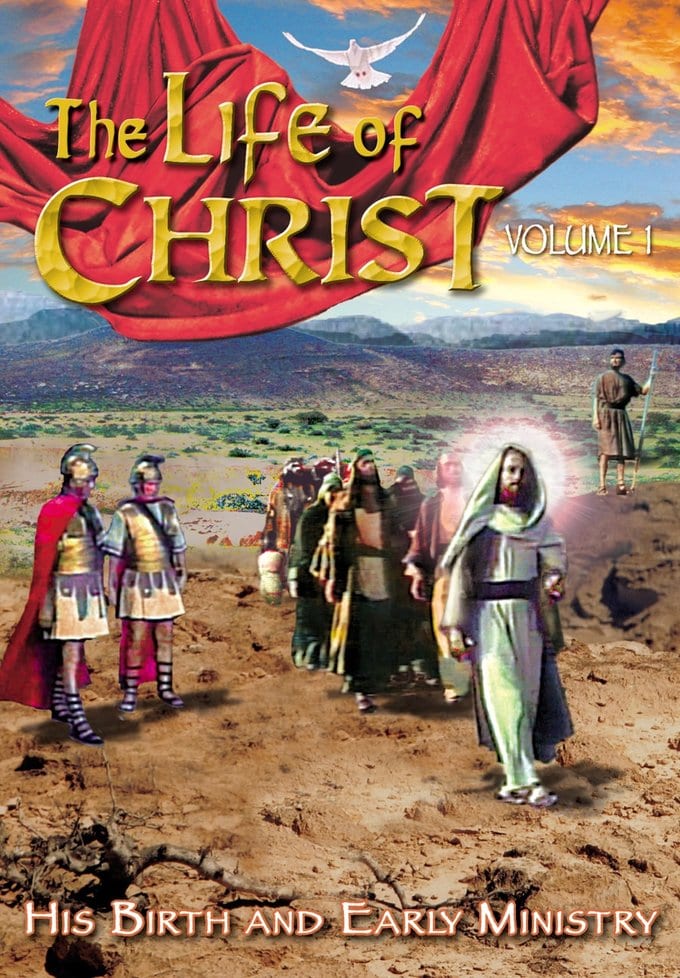 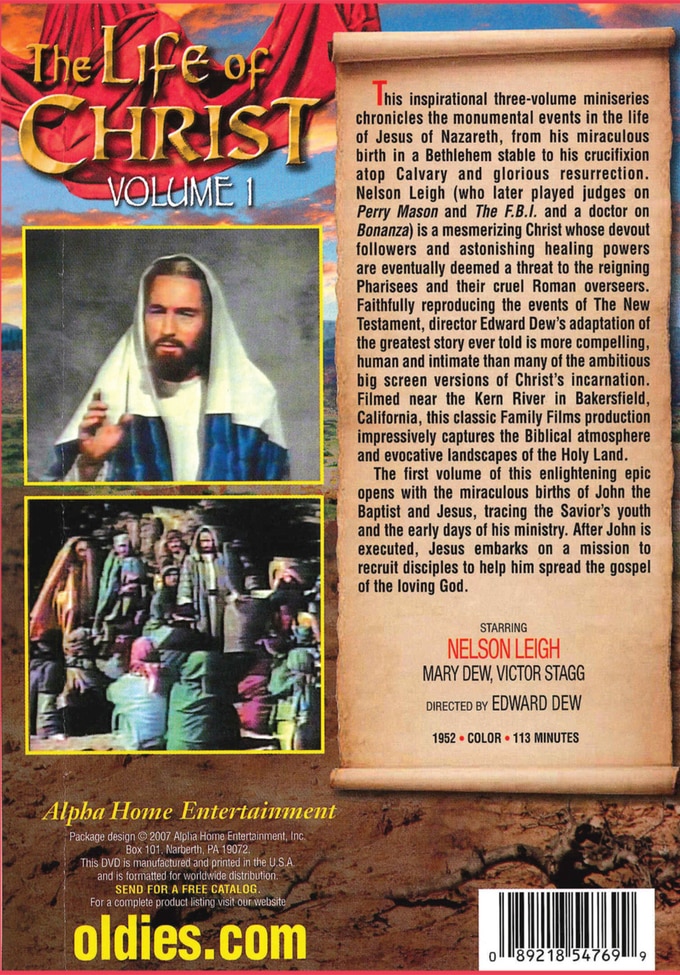 This inspirational three-volume miniseries chronicles the monumental events in the life of Jesus of Nazareth, from his miraculous birth in a Bethlehem stable to his crucifixion atop Calvary and glorious resurrection. Nelson Leigh (who later played judges on "Perry Mason" and "The F.B.I." and a doctor on "Bonanza") is a mesmerizing Christ whose devout followers and astonishing healing powers are eventually deemed a threat to the reigning Pharisees and their cruel Roman overseers.

Faithfully reproducing the events of The New Testament, director Edward Dew's adaptation of the greatest story ever told is more compelling, human and intimate than many of the ambitious big screen versions of Christ's incarnation. Filmed near the Kern River in Bakersfield, California, this classic Family Films production impressively captures the Biblical atmosphere and evocative landscapes of the Holy Land.

The first volume of this enlightening epic opens with the miraculous births of John the Baptist and Jesus, tracing Jesus' youth and the early days of his ministry. After John is executed, Jesus embarks on a mission to recruit disciples to help him spread the gospel of the loving God.

Religion | Jesus Christ | Christianity | Bible (The)
This product is made-on-demand by the manufacturer using DVD-R recordable media. Almost all DVD players can play DVD-Rs (except for some older models made before 2000) - please consult your owner's manual for formats compatible with your player. These DVD-Rs may not play on all computers or DVD player/recorders. To address this, the manufacturer recommends viewing this product on a DVD player that does not have recording capability.