The Adventures of Champion - Volume 2 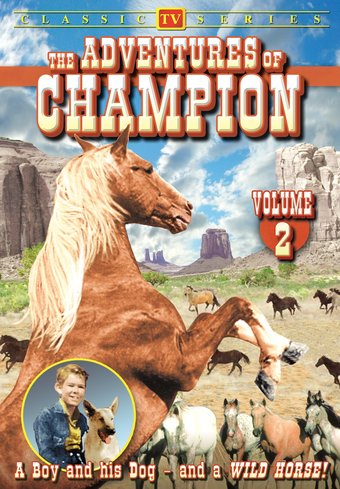 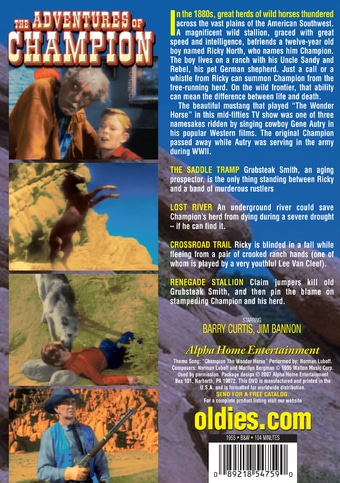 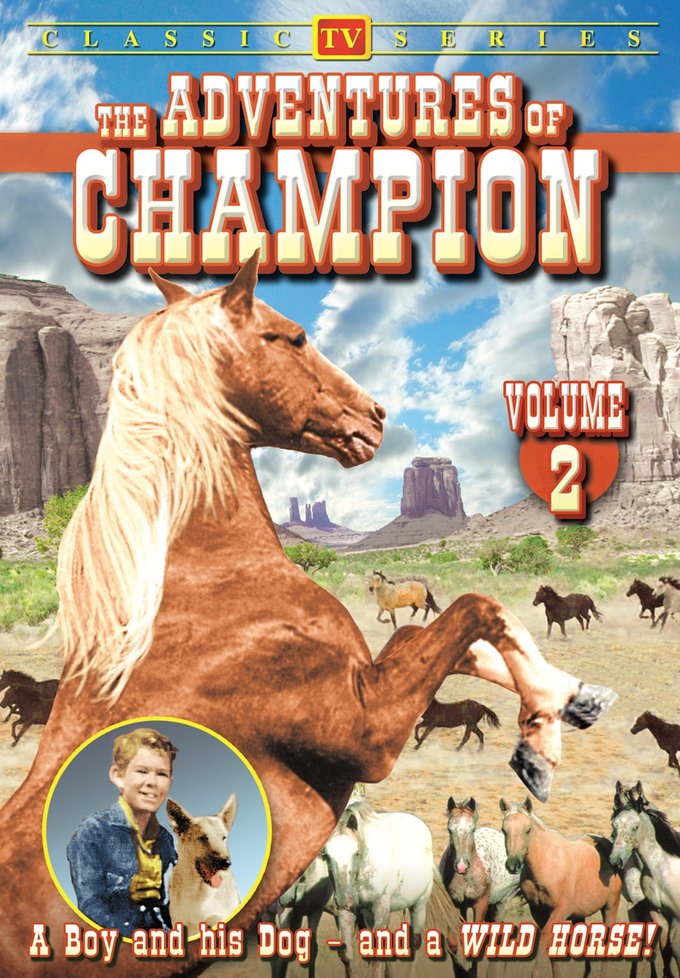 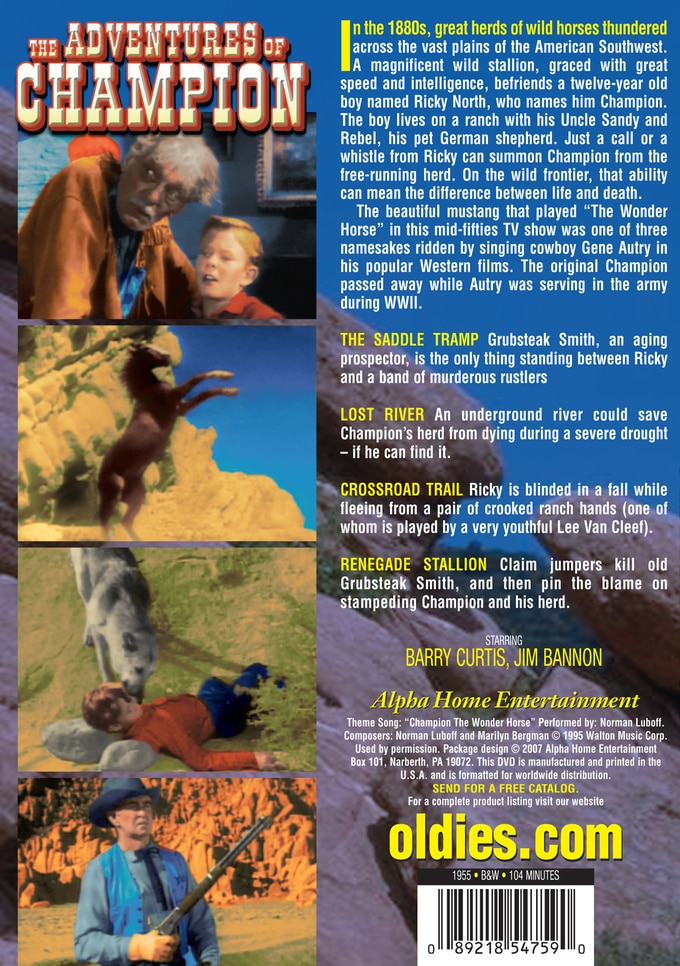 In the 1880s, great herds of wild horses thundered across the vast plains of the American Southwest. A magnificent wild stallion, graced with great speed and intelligence, befriends a twelve-year old boy named Ricky North, who names him Champion. The boy lives on a ranch with his Uncle Sandy and Rebel, his pet German shepherd. Just a call or a whistle from Ricky can summon Champion from the free-running herd. On the wild frontier, that ability can mean the difference between life and death.

The beautiful mustang that played "The Wonder Horse" in this mid-Fifties TV show was one of three namesakes ridden by singing cowboy Gene Autry in his popular Western films. The original Champion passed away while Autry was serving in the army during WWII.

The Saddle Tramp: Grubsteak Smith, an aging prospector, is the only thing standing between Ricky and a band of murderous rustlers

Lost River: An underground river could save Champion's herd from dying during a severe drought - if he can find it.

Crossroad Trail: Ricky is blinded in a fall while fleeing from a pair of crooked ranch hands (one of whom is played by a very youthful Lee Van Cleef).

Renegade Stallion: Claim jumpers kill old Grubsteak Smith, and then pin the blame on stampeding Champion and his herd.