The concluding four episodes from the landmark TV mini-series about the life of Jesus Christ, including the Crucifixion and the Resurrection. 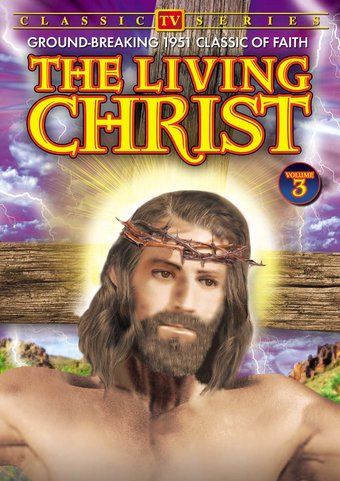 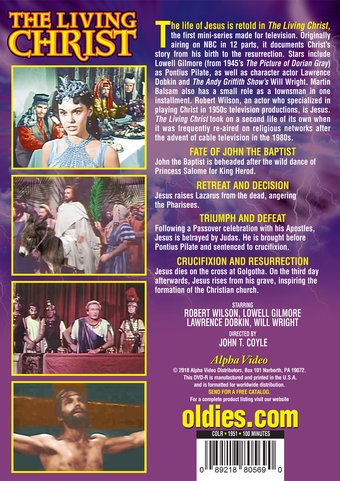 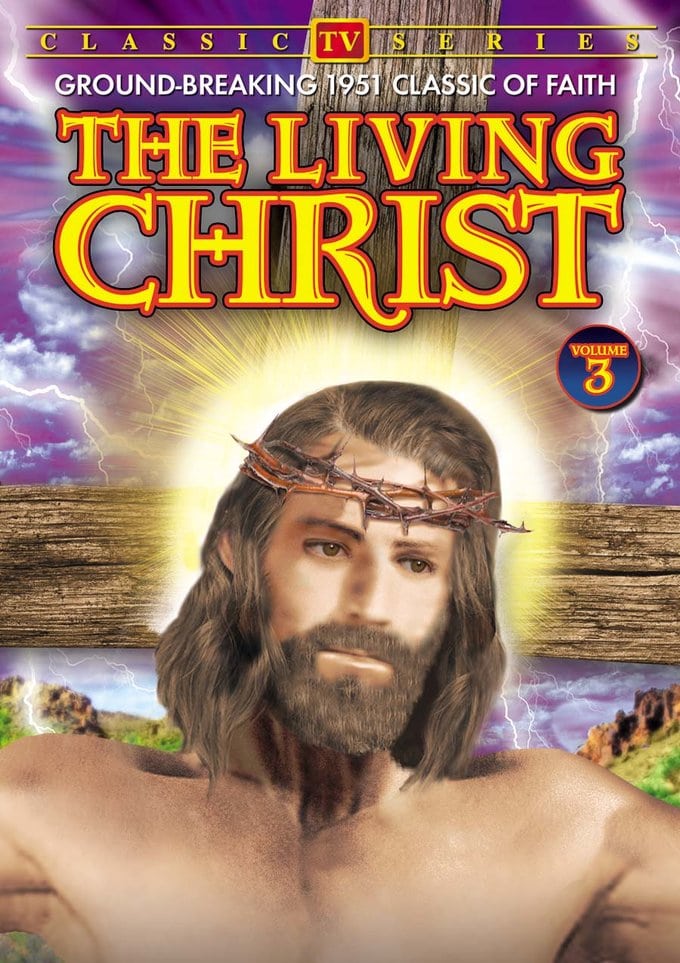 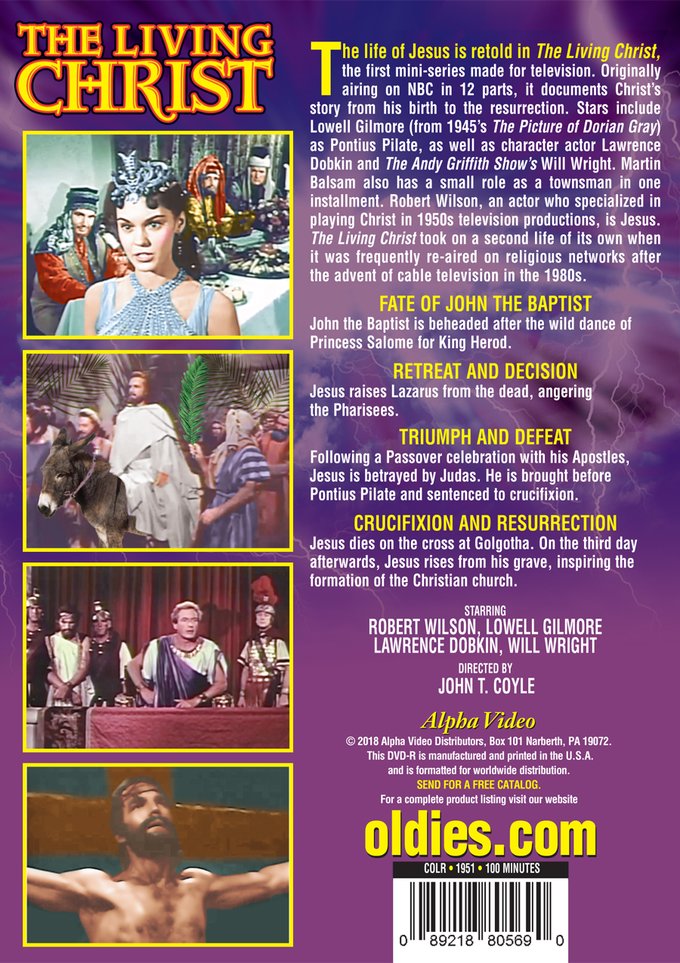 The life of Jesus is retold in The Living Christ, the first mini-series made for television. Originally airing on NBC in 12 parts, it documents Christ's story from his birth to the resurrection. Stars include Lowell Gilmore (from 1945's The Picture of Dorian Gray) as Pontius Pilate, as well as character actors Lawrence Dobkin and Will Wright. Martin Balsam also has a small role as a townsman in one installment. Jesus is played by Robert Wilson, a minister's son who later portrayed Christ in the feature Day of Triumph (1954) and an episode of Family Theatre, "I Beheld His Glory" (1953). The Living Christ took on a second life of its own when it was frequently re-aired on religious networks after the advent of cable television in the 1980s.

FATE OF JOHN THE BAPTIST: John the Baptist is beheaded after the wild dance of Princess Salome for King Herod.

RETREAT AND DECISION: Jesus raises Lazarus from the dead, angering the Pharisees.

TRIUMPH AND DEFEAT: Following a Passover celebration with his Apostles, Jesus is betrayed by Judas. He is brought before Pontius Pilate and sentenced to crucifixion.

CRUCIFIXION AND RESURRECTION: Jesus dies on the cross at Golgotha. On the third day afterwards, Jesus rises from his grave, inspiring the formation of the Christian church.