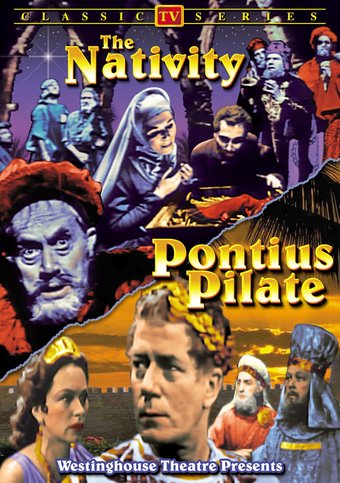 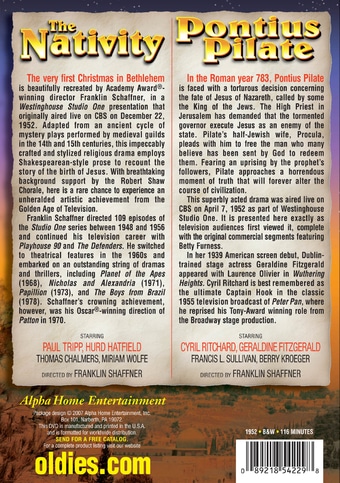 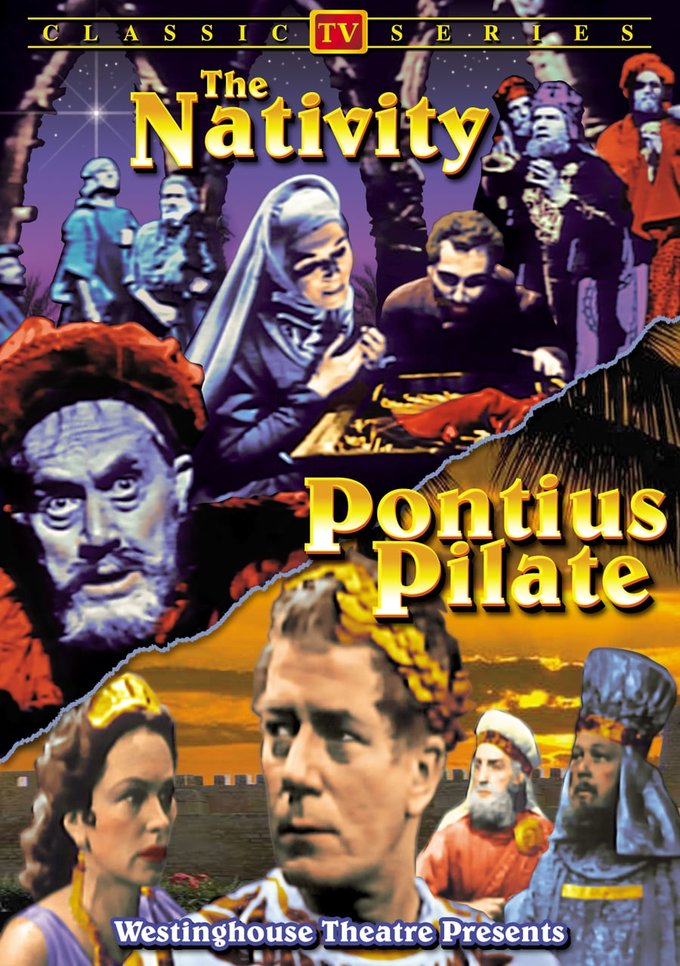 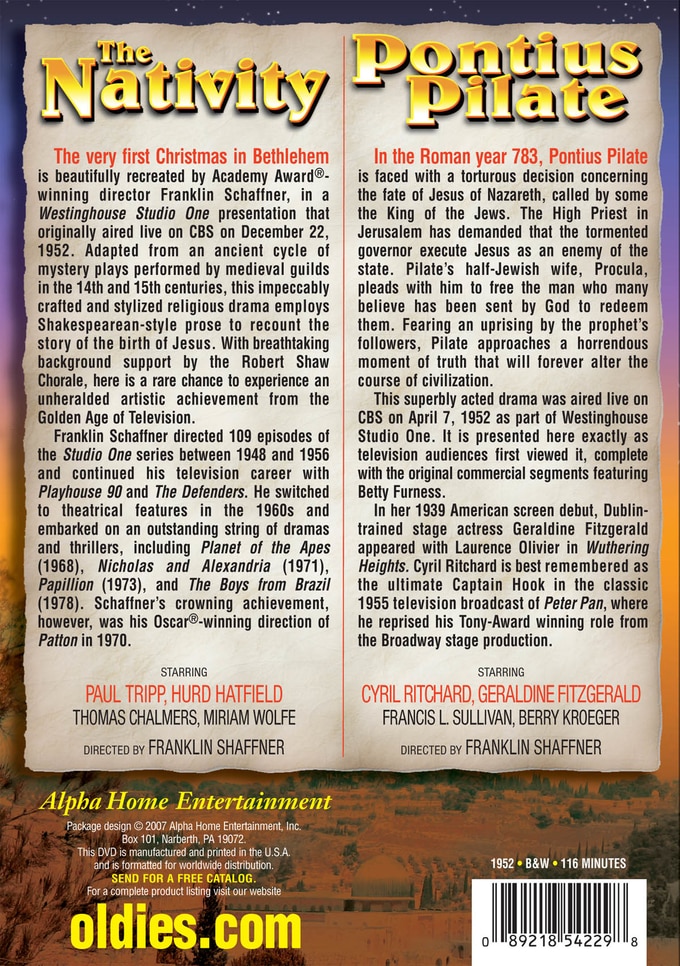 The Nativity: The very first Christmas in Bethlehem is beautifully recreated by Academy Award-winning director Franklin Schaffner, in a Westinghouse Studio One presentation that originally aired live on CBS on December 22, 1952. Adapted from an ancient cycle of mystery plays performed by medieval guilds in the 14th and 15th centuries, this impeccably crafted and stylized religious drama employs Shakespearean-style prose to recount the story of the birth of Jesus. With breathtaking background support by the Robert Shaw Chorale, here is a rare chance to experience an unheralded artistic achievement from the Golden Age of Television.

Franklin Schaffner directed 109 episodes of the "Studio One" series between 1948 and 1956 and continued his television career with "Playhouse 90" and "The Defenders." He switched to theatrical features in the 1960s and embarked on an outstanding string of dramas and thrillers, including Planet of the Apes (1968), Nicholas and Alexandria (1971), Papillion (1973), and The Boys from Brazil (1978). Schaffner's crowning achievement, however, was his Oscar-winning direction of Patton in 1970.

Pontius Pilate: In the Roman year 783, Pontius Pilate is faced with a torturous decision concerning the fate of Jesus of Nazareth, called by some the King of the Jews. The High Priest in Jerusalem has demanded that the tormented governor execute Jesus as an enemy of the state. Pilate's half-Jewish wife, Procula, pleads with him to free the man who many believe has been sent by God to redeem them. Fearing an uprising by the prophet's followers, Pilate approaches a horrendous moment of truth that will forever alter the course of civilization.

This superbly acted drama was aired live on CBS on April 7, 1952 as part of Westinghouse Studio One. It is presented here exactly as television audiences first viewed it, complete with the original commercial segments featuring Betty Furness. In her 1939 American screen debut, Dublin-trained stage actress Geraldine Fitzgerald appeared with Laurence Olivier in Wuthering Heights. Cyril Ritchard is best remembered as the ultimate Captain Hook in the classic 1955 television broadcast of Peter Pan, where he reprised his Tony-Award winning role from the Broadway stage production.