Ken Maynard rides the range in a double feature of western action. 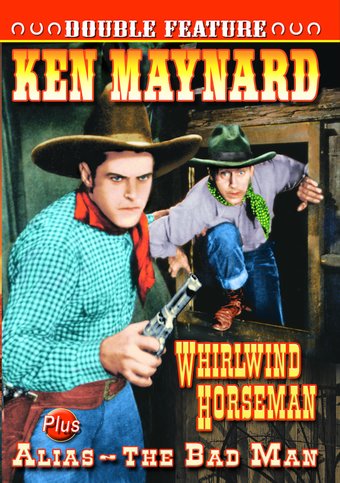 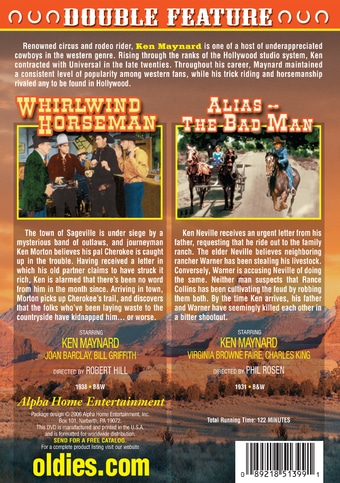 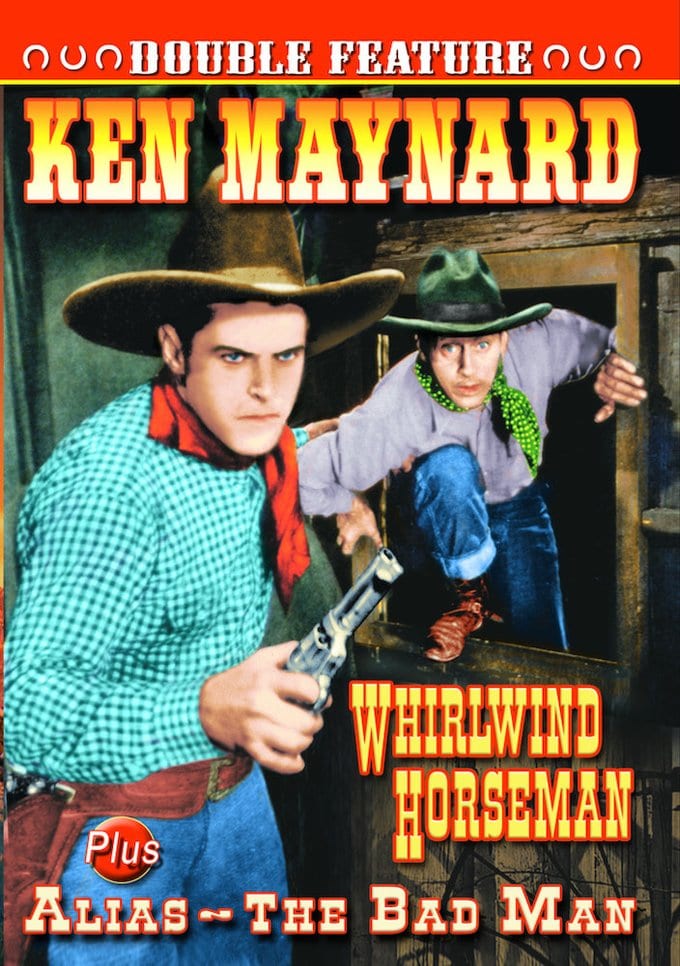 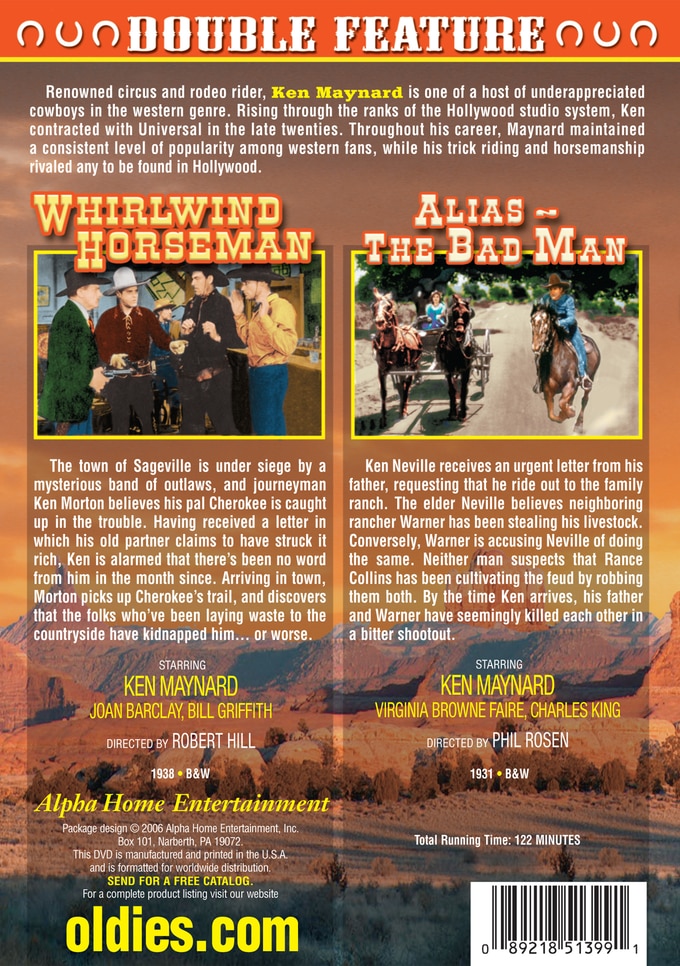 Renowned circus and rodeo rider, Ken Maynard is one of a host of underappreciated cowboys in the western genre. Rising through the ranks of the Hollywood studio system, Ken contracted with Universal in the late twenties. Throughout his career, Maynard maintained a consistent level of popularity among western fans, while his trick riding and horsemanship rivaled any to be found in Hollywood.

Whirlwind Horseman (1938, B&W): The town of Sageville is under siege by a mysterious band of outlaws, and journeyman Ken Morton believes his pal Cherokee is caught up in the trouble. Having received a letter in which his old partner claims to have struck it rich, Ken is alarmed that there's been no word from him in the month since. Arriving in town, Morton picks up Cherokee's trail, and discovers that the folks who've been laying waste to the countryside have kidnapped him... or worse. Starring Ken Maynard, Joan Barclay, Bill Griffith; Directed by Robert Hill.

Alias - The Bad Man (1931, B&W): Ken Neville receives an urgent letter from his father, requesting that he ride out to the family ranch. The elder Neville believes neighboring rancher Warner has been stealing his livestock. Conversely, Warner is accusing Neville of doing the same. Neither man suspects that Rance Collins has been cultivating the feud by robbing them both. By the time Ken arrives, his father and Warner have seemingly killed each other in a bitter shootout. Starring Ken Maynard, Virginia Browne Faire, Charles King; Directed by Phil Rosen.

25%off
The Painted Stallion (Feature-Length Version)
$5.95 on Sale
Add to Cart