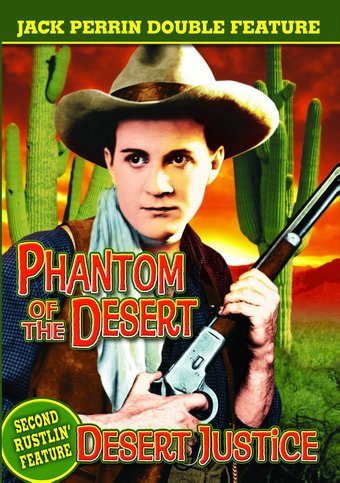 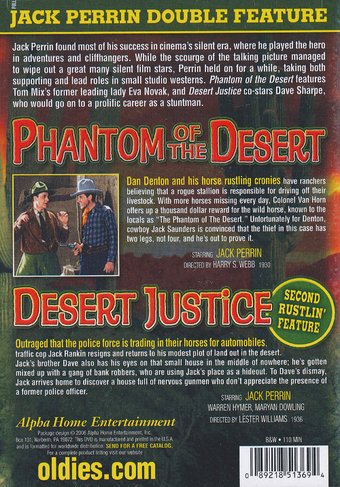 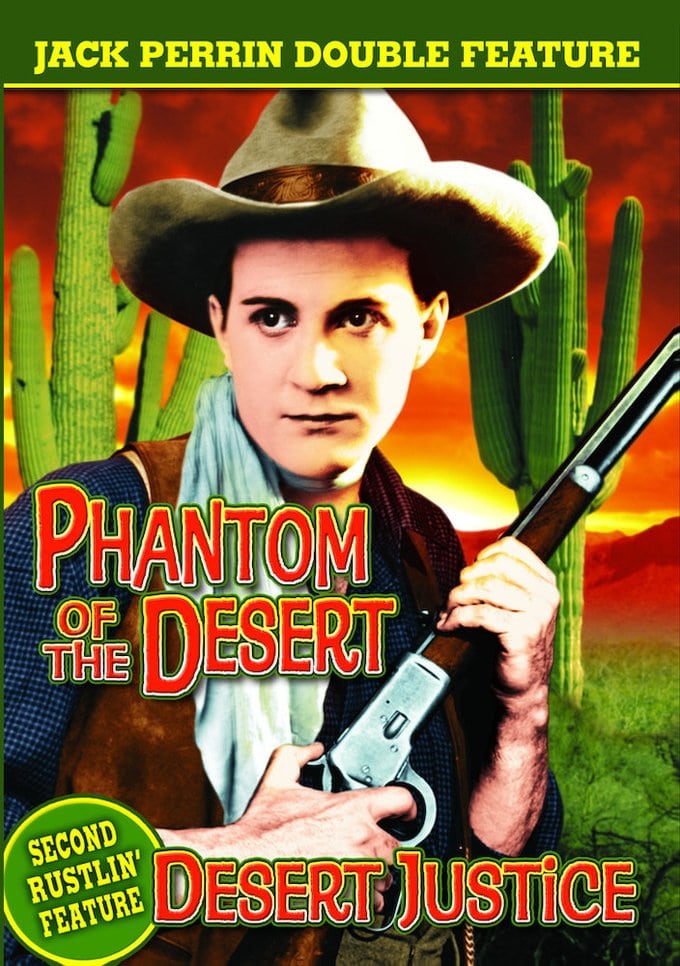 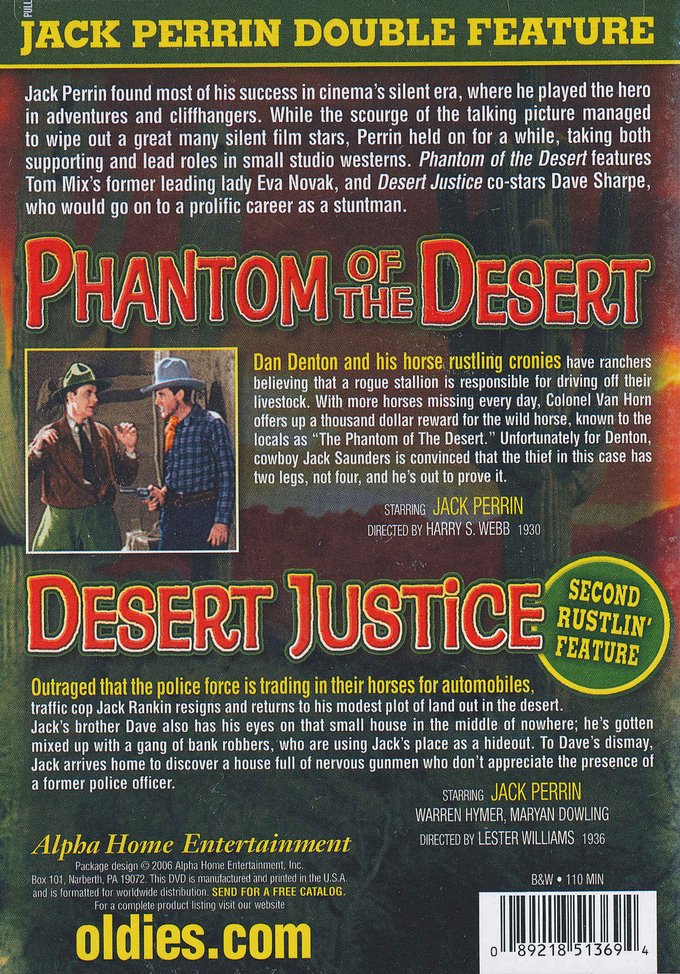 Jack Perrin found most of his success in cinema's silent era, where he played the hero in adventures and cliffhangers. While the scourge of the talking picture managed to wipe out a great many silent film stars, Perrin held on for a while, taking both supporting and lead roles in small studio westerns. Phantom of the Desert features Tom Mix's former leading lady Eva Novak, and Desert Justice co-stars Dave Sharpe, who would go on to a prolific career as a stuntman.

Phantom of the Desert (1930, B&W): Dan Denton and his horse rustling cronies have ranchers believing that a rogue stallion is responsible for driving off their livestock. With more horses missing every day, Colonel Van Horn offers up a thousand dollar reward for the wild horse, known to the locals as "The Phantom of The Desert." Unfortunately for Denton, cowboy Jack Saunders is convinced that the thief in this case has two legs, not four, and he's out to prove it. Directed by Harry S. Webb.

Desert Justice (1936, B&W): Outraged that the police force is trading in their horses for automobiles, traffic cop Jack Rankin resigns and returns to his modest plot of land out in the desert. Jack's brother Dave also has his eyes on that small house in the middle of nowhere; he's gotten mixed up with a gang of bank robbers, who are using Jack's place as a hideout. To Dave's dismay, Jack arrives home to discover a house full of nervous gunmen who don't appreciate the presence of a former police officer. Directed by Lester Williams.