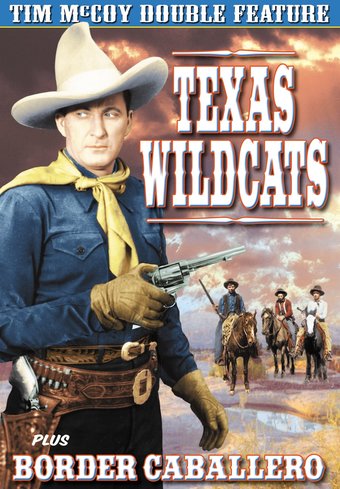 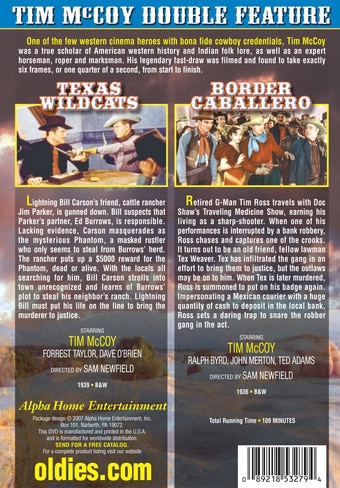 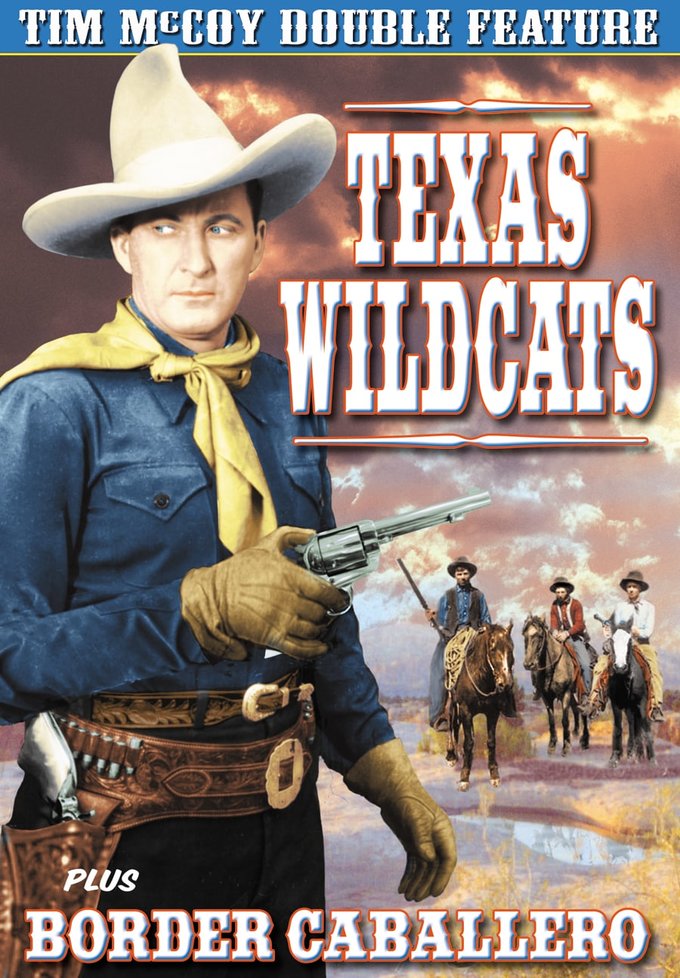 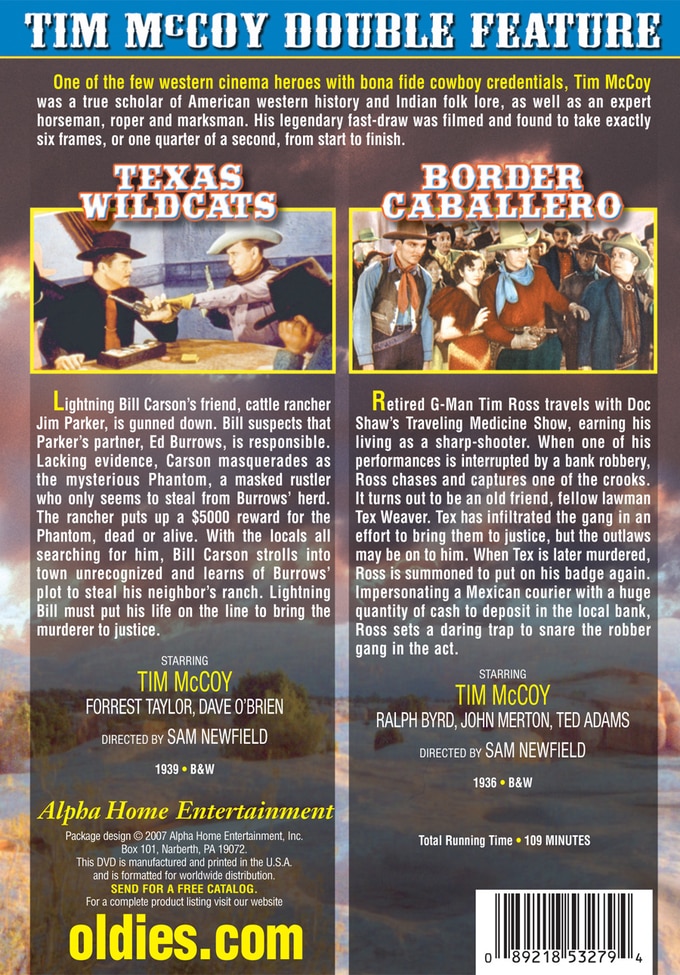 One of the few western cinema heroes with bona fide cowboy credentials, Tim McCoy was a true scholar of American western history and Indian folk lore, as well as an expert horseman, roper and marksman. His legendary fast-draw was filmed and found to take exactly six frames, or one quarter of a second, from start to finish.

Texas Wildcats (1939, B&W): Lightning Bill Carson's friend, cattle rancher Jim Parker, is gunned down. Bill suspects that Parker's partner, Ed Burrows, is responsible. Lacking evidence, Carson masquerades as the mysterious Phantom, a masked rustler who only seems to steal from Burrows' herd. The rancher puts up a $5000 reward for the Phantom, dead or alive. With the locals all searching for him, Bill Carson strolls into town unrecognized and learns of Burrows' plot to steal his neighbor's ranch. Lightning Bill must put his life on the line to bring the murderer to justice. Starring Tim McCoy, Forrest Taylor, Dave O'Brien; Directed by Sam Newfield.

Border Caballero (1936, B&W): Retired G-Man Tim Ross travels with Doc Shaw's Traveling Medicine Show, earning his living as a sharp-shooter. When one of his performances is interrupted by a bank robbery, Ross chases and captures one of the crooks. It turns out to be an old friend, fellow lawman Tex Weaver. Tex has infiltrated the gang in an effort to bring them to justice, but the outlaws may be on to him. When Tex is later murdered, Ross is summoned to put on his badge again. Impersonating a Mexican courier with a huge quantity of cash to deposit in the local bank, Ross sets a daring trap to snare the robber gang in the act. Starring Tim McCoy, Ralph Byrd, John Merton, Ted Adams; Directed by Sam Newfield.

25%off
Lightning Carson Rides Again
$5.95 on Sale
Add to Cart