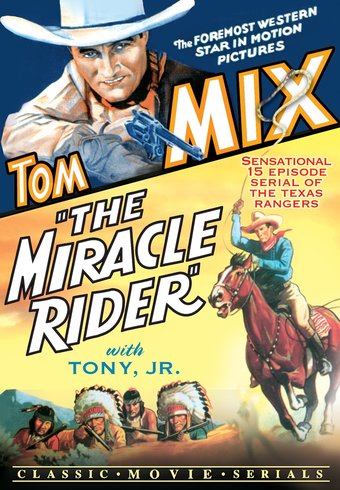 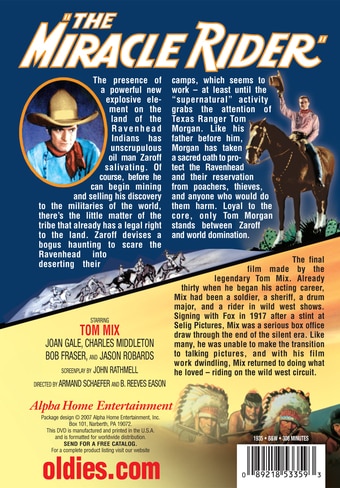 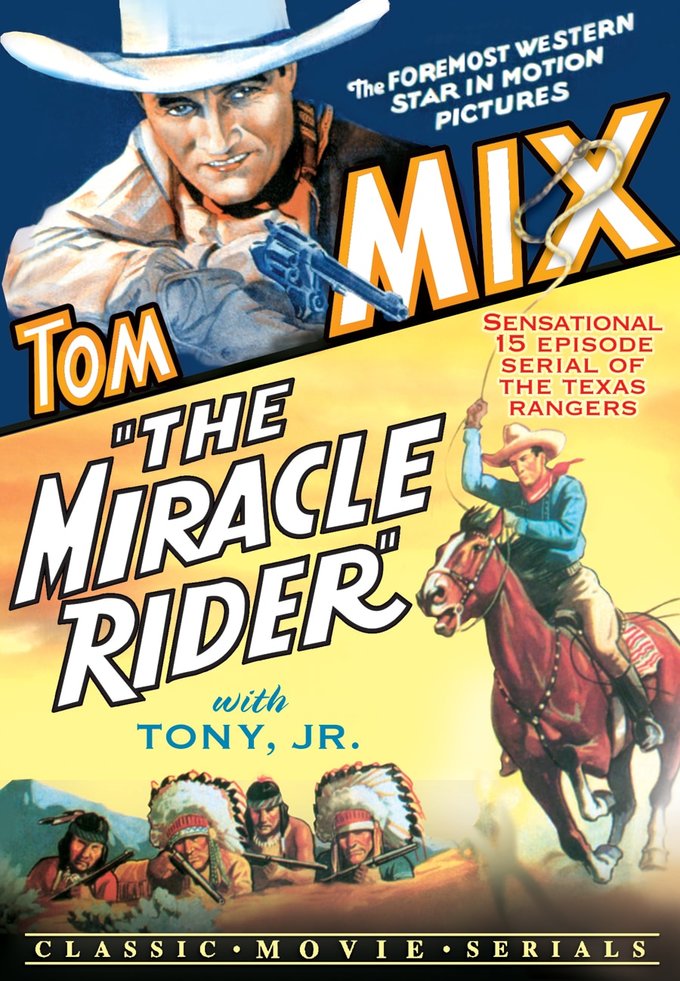 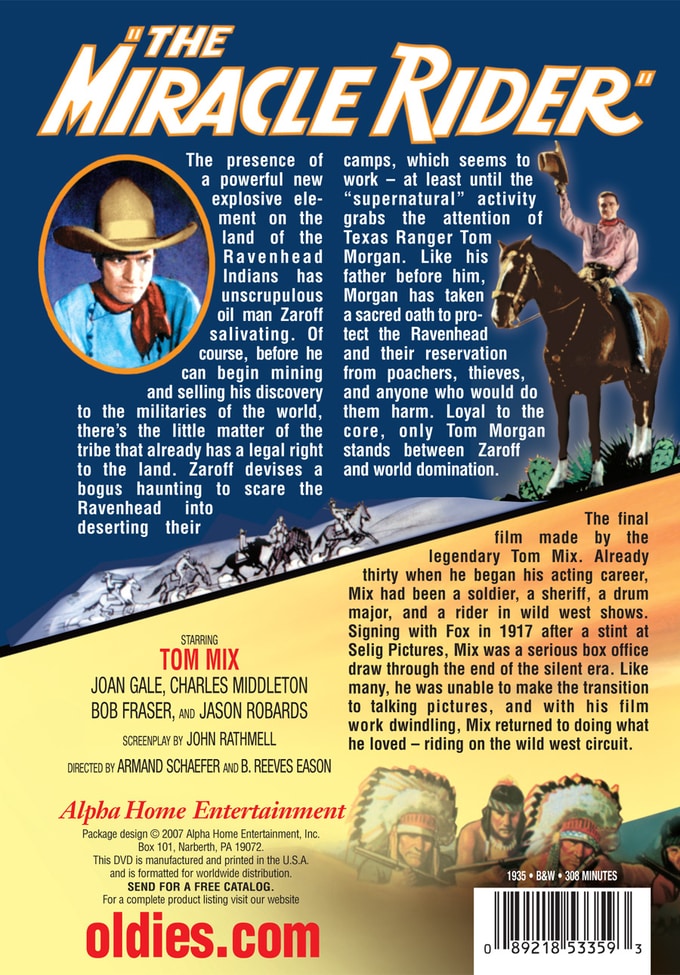 The presence of a powerful new explosive element on the land of the Ravenhead Indians has unscrupulous oil man Zaroff salivating. Of course,before he can begin mining and selling his discovery to the militaries of the world, there's the little matter of the tribe that already has a legal right to the land. Zaroff devises a bogus haunting to scare the Ravenhead into deserting their camps, which seems to work - at least until the "supernatural" activity grabs the attention of Texas Ranger Tom Morgan. Like his father before him, Morgan has taken a sacred oath to protect the Ravenhead and their reservation from poachers, thieves, and anyone who would do them harm. Loyal to the core, only Tom Morgan stands between Zaroff and world domination.

This is the final film made by the legendary Tom Mix. Already thirty when he began his acting career, Mix had been a soldier, a sheriff, a drum major, and a rider in wild west shows. Signing with Fox in 1917 after a stint at Selig Pictures, Mix was a serious box office draw through the end of the silent era. Like many, he was unable to make the transition to talking pictures, and with his film work dwindling, Mix returned to doing what he loved - riding on the wild west circuit.

Thriller | Serial
This product is made-on-demand by the manufacturer using DVD-R recordable media. Almost all DVD players can play DVD-Rs (except for some older models made before 2000) - please consult your owner's manual for formats compatible with your player. These DVD-Rs may not play on all computers or DVD player/recorders. To address this, the manufacturer recommends viewing this product on a DVD player that does not have recording capability.

The Fabulous World of Jules Verne
$10
Add to Cart

Customer Rating:
Based on 186 ratings.


This has got to be the perfect example of the 1930/40s movie theater serials. Each chapter ending with our hero facing danger and annihilation, compelling us to return for the next exciting episode - and we did.