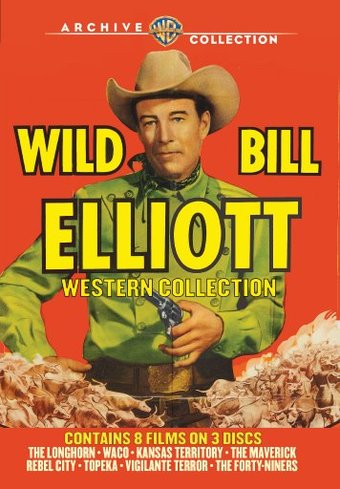 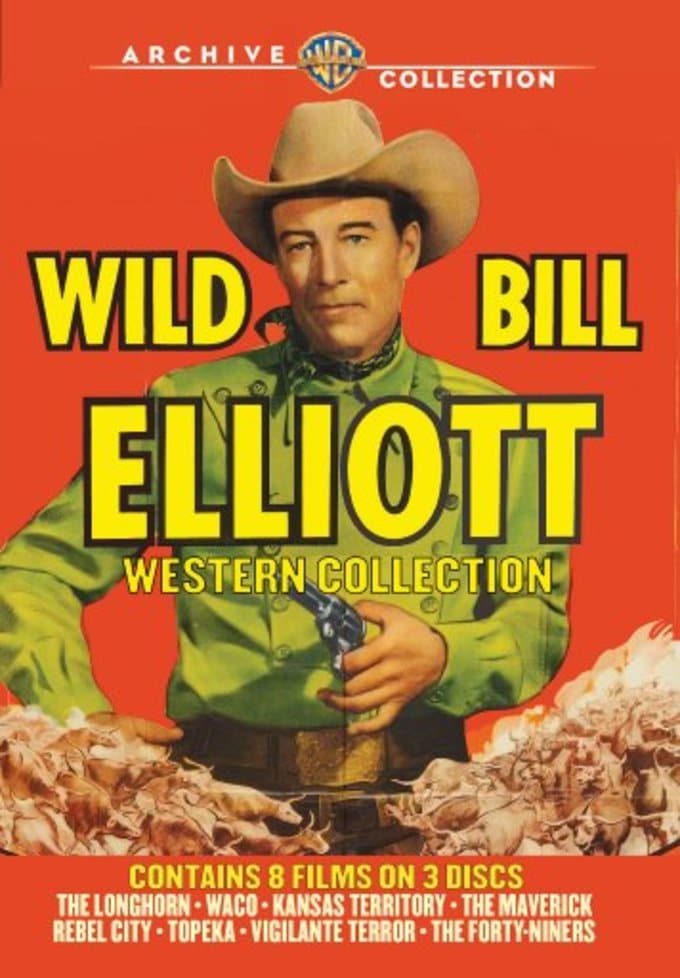 Western great "Wild Bill" Elliott sauntered into the Fifties at the top of his Cowboy game and soon signed up at a new studio -- Monogram Pictures (soon to become Allied Artists). Along with his two fists, six guns and ramrod righteousness, Wild Bill brought something else to bear on this series of Westerns -- brain matter. Themes and ideas sprinkled throughout this run include cross-breeding cattle (The Longhorn), civic redemption (Waco), the limits of familial obligation (Kansas Territory), cross plains survival tactics (The Maverick), 19th century shipping logistics (Rebel City), personal redemption (Topeka), manipulated lynch mob mentality (Vigilante Terror), and how to conduct a wild west dragnet (The Forty-Niners).
This product is made-on-demand by the manufacturer using DVD-R recordable media. Almost all DVD players can play DVD-Rs (except for some older models made before 2000) - please consult your owner's manual for formats compatible with your player. These DVD-Rs may not play on all computers or DVD player/recorders. To address this, the manufacturer recommends viewing this product on a DVD player that does not have recording capability.