Honor of The Range

Cowboy hero Ken Maynard plays a dual role as twin brothers - one strong and heroic, the other weak and dishonest. 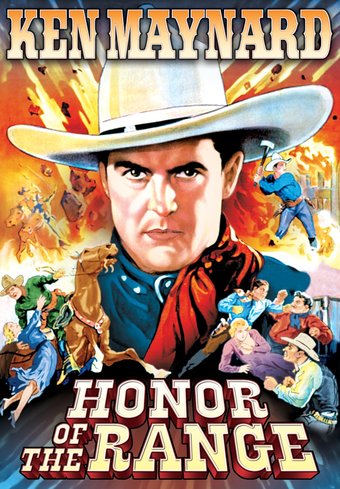 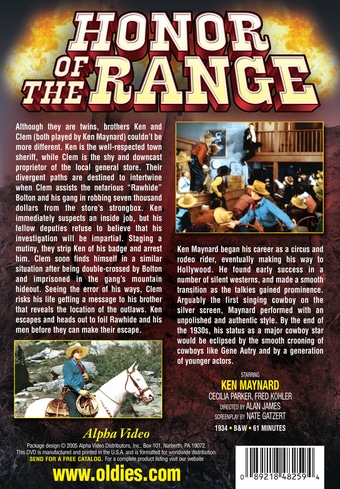 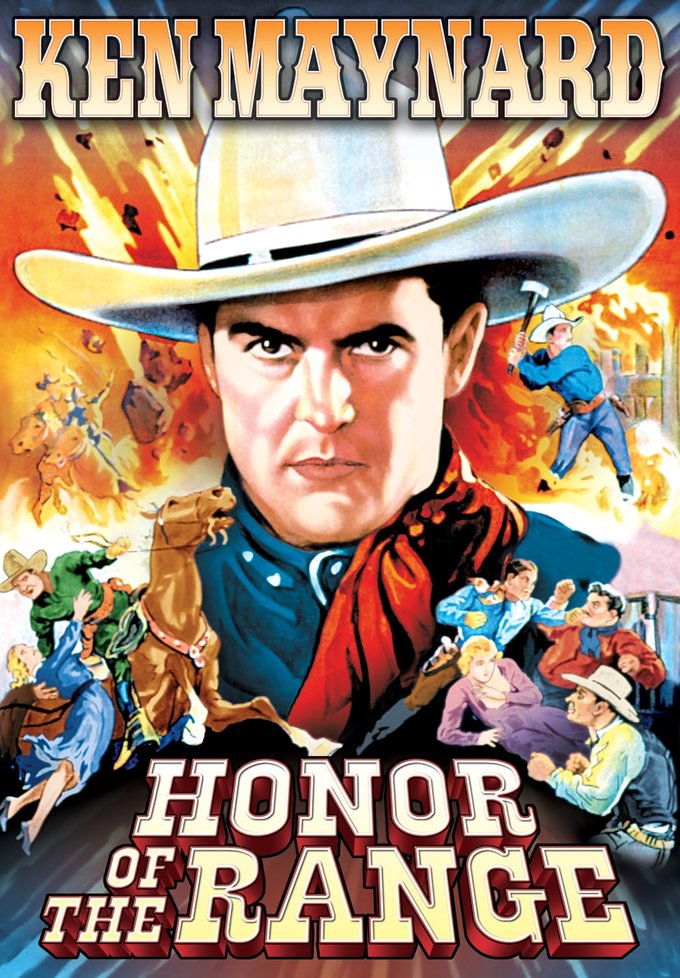 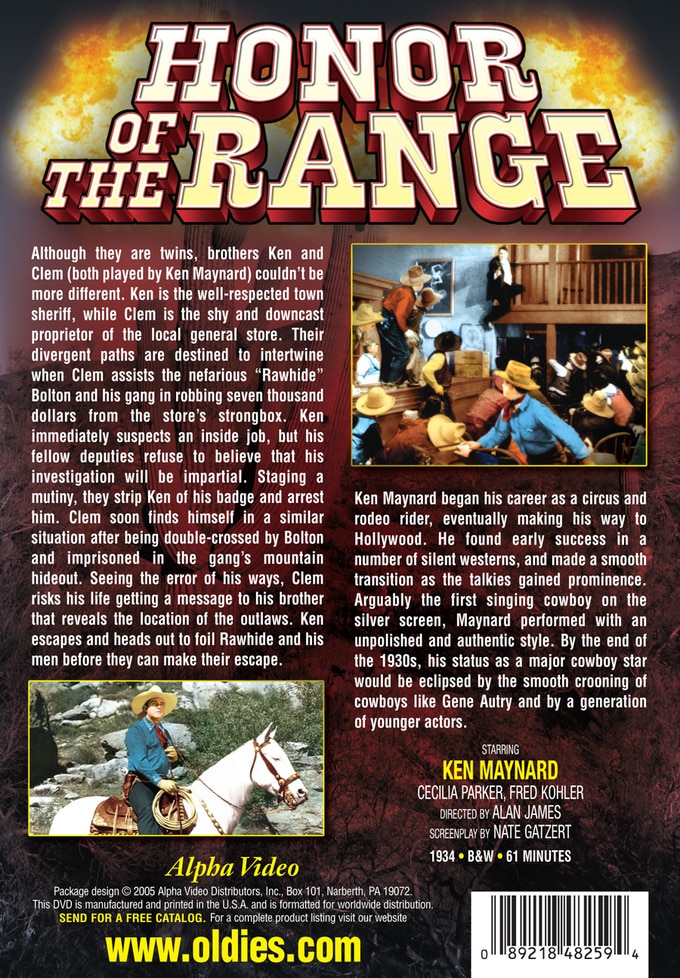 Although they are twins, brothers Ken and Clem (both played by Ken Maynard) couldn't be more different. Ken is the well-respected town sheriff, while Clem is the shy and downcast proprietor of the local general store. Their divergent paths are destined to intertwine when Clem assists the nefarious "Rawhide" Bolton and his gang in robbing seven thousand dollars from the store's strongbox. Ken immediately suspects an inside job, but his fellow deputies refuse to believe that his investigation will be impartial. Staging a mutiny, they strip Ken of his badge and arrest him. Clem soon finds himself in a similar situation after being double-crossed by Bolton and imprisoned in the gang's mountain hideout. Seeing the error of his ways, Clem risks his life getting a message to his brother that reveals the location of the outlaws. Ken escapes and heads out to foil Rawhide and his men before they can make their escape.

Ken Maynard began his career as a circus and rodeo rider, eventually making his way to Hollywood. He found early success in a number of silent westerns, and made a smooth transition as the talkies gained prominence. Arguably the first singing cowboy on the silver screen, Maynard performed with an unpolished and authentic style. By the end of the 1930s, his status as a major cowboy star would be eclipsed by the smooth crooning of cowboys like Gene Autry and by a generation of younger actors.

Actor Ken Maynard stretches his acting skills by playing twins in this Western from 1934. Clem runs the local town store, but ends up in hot water when he aids a robber who steals a sizeable amount of cash from the safe; to make matters worse, Clem's brother, Ken, is the local sheriff. Unable to investigate the case due to his deputies insistence that he won't be able to remain impartial, the brother's are actually brought closer together after a series of mishaps finds them both thrown in jail.