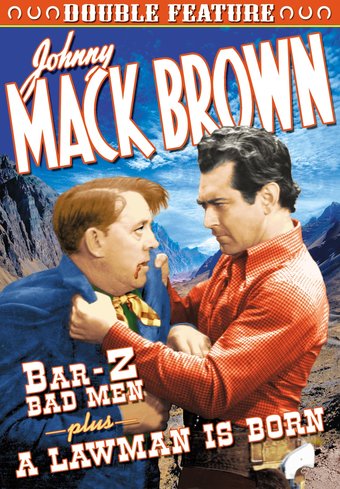 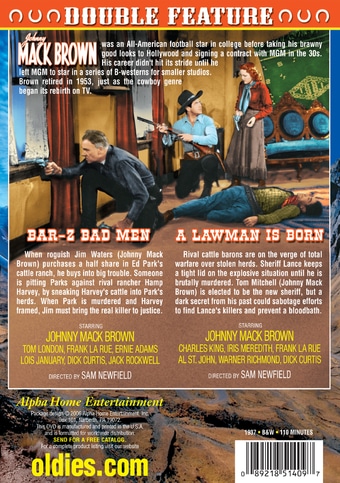 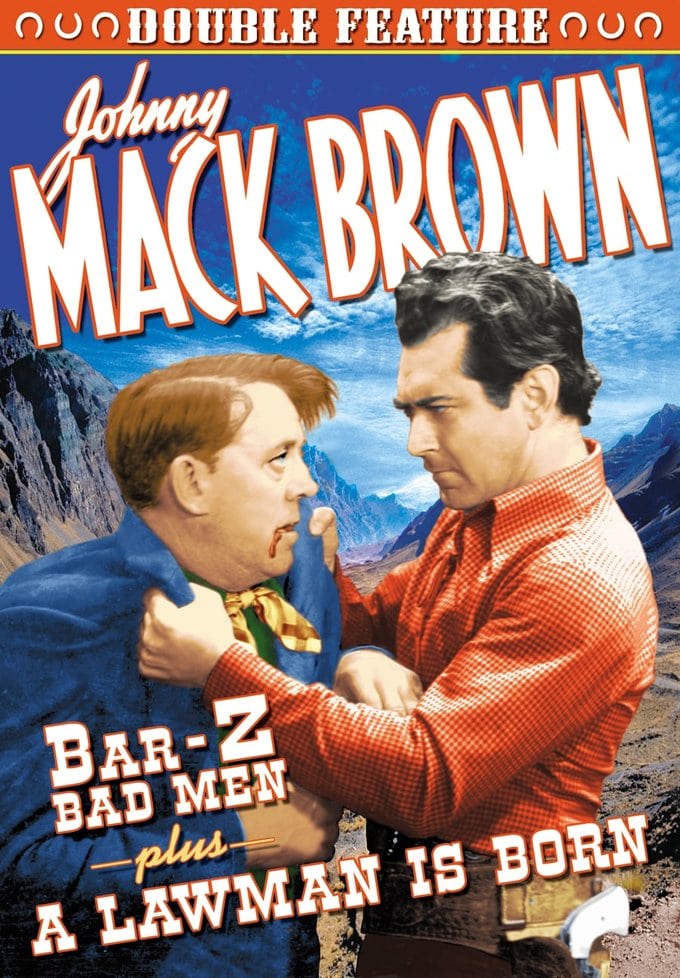 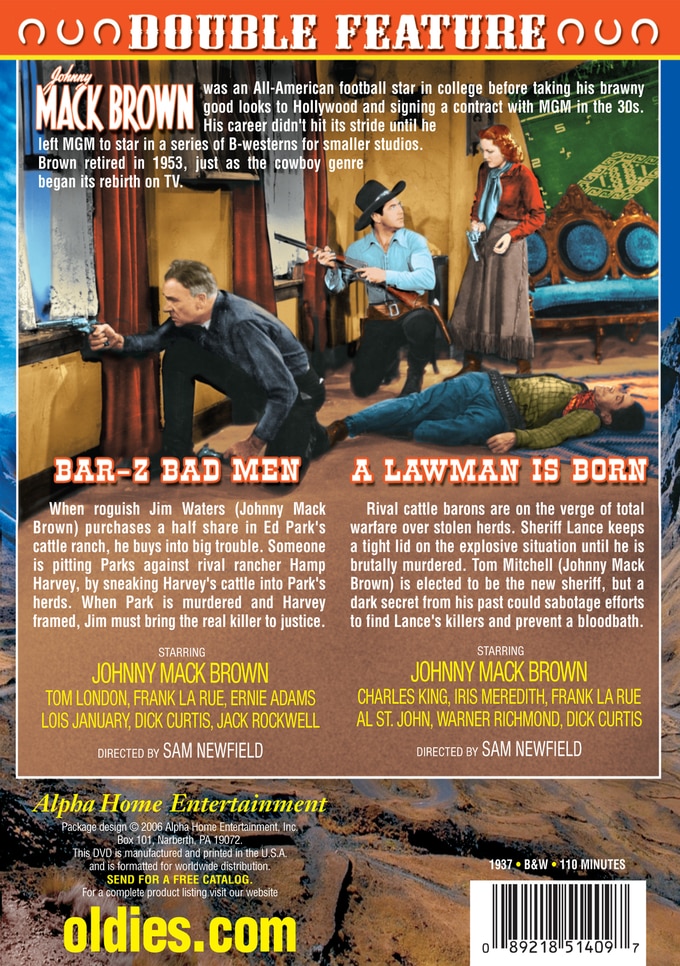 Johnny Mack Brown was an All-American football star in college before taking his brawny good looks to Hollywood and signing a contract with MGM in the 30s. His career didn't hit its stride until he left MGM to star in a series of B-westerns for smaller studios. Brown retired in 1953, just as the cowboy genre began its rebirth on TV.

A Lawman Is Born (1937, B&W): Rival cattle barons are on the verge of total warfare over stolen herds. Sheriff Lance keeps a tight lid on the explosive situation until he is brutally murdered. Tom Mitchell (Johnny Mack Brown) is elected to be the new sheriff, but a dark secret from his past could sabotage efforts to find Lance's killers and prevent a bloodbath. Starring Johnny Mack Brown, Charles King, Iris Meredith, Frank La Rue, Al St. John, Warner Richmond and Dick Curtis; Directed by Sam Newfield.