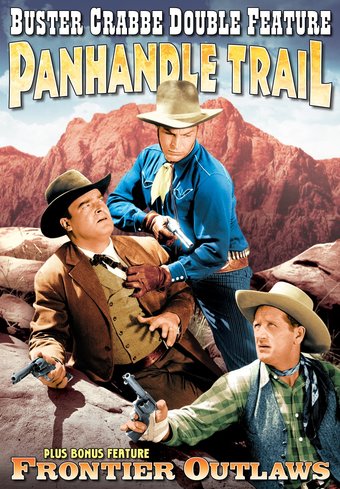 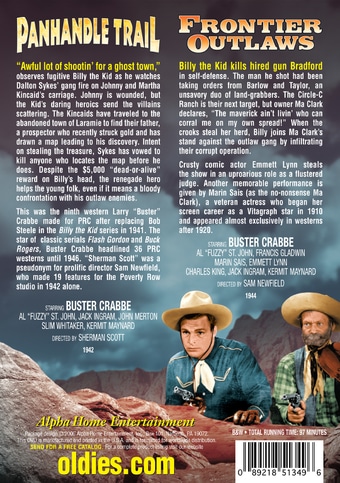 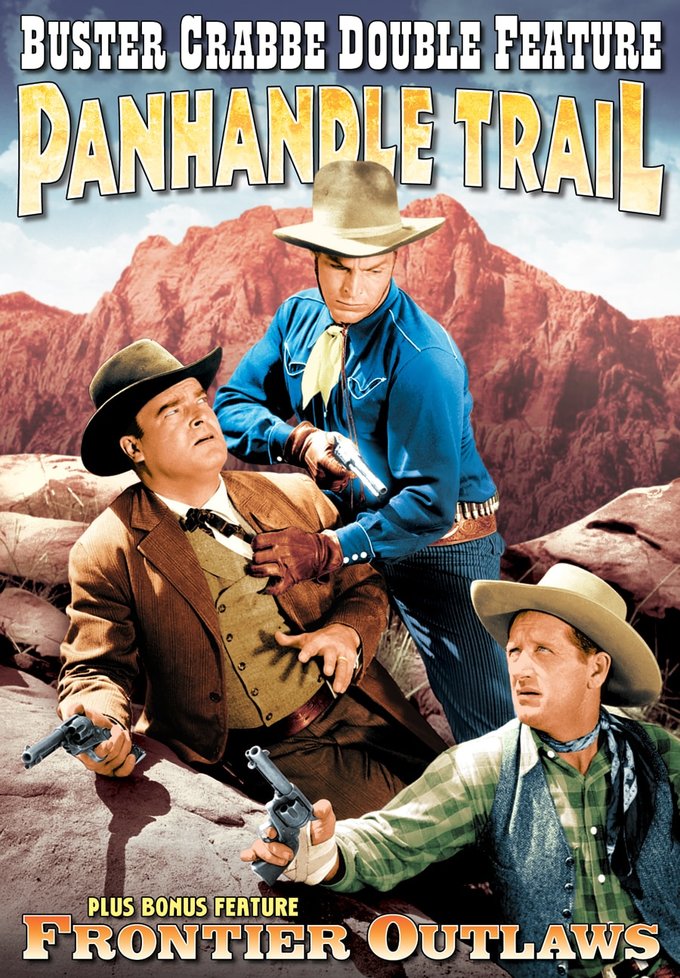 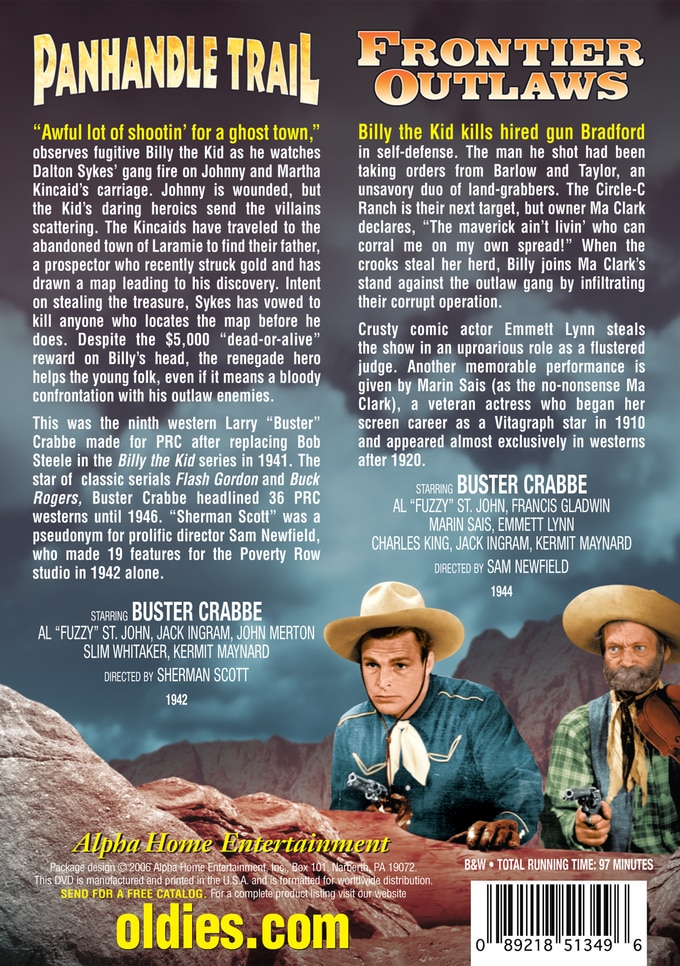 Panhandle Trail (1942, B&W): "Awful lot of shootin' for a ghost town," observes fugitive Billy the Kid as he watches Dalton Sykes' gang fire on Johnny and Martha Kincaid's carriage. Johnny is wounded, but the Kid's daring heroics send the villains scattering. The Kincaids have traveled to the abandoned town of Laramie to find their father, a prospector who recently struck gold and has drawn a map leading to his discovery. Intent on stealing the treasure, Sykes has vowed to kill anyone who locates the map before he does. Despite the $5,000 "dead-or-alive" reward on Billy's head, the renegade hero helps the young folk, even if it means a bloody confrontation with his outlaw enemies.

This was the ninth western Larry "Buster" Crabbe made for PRC after replacing Bob Steele in the Billy the Kid series in 1941. The star of classic serials Flash Gordon and Buck Rogers, Buster Crabbe headlined 36 PRC westerns until 1946. "Sherman Scott" was a pseudonym for prolific director Sam Newfield, who made 19 features for the Poverty Row studio in 1942 alone. Starring Buster Crabbe, Al "Fuzzy" St. John, Jack Ingram, John Merton, Slim Whitaker and Kermit Maynard; Directed by Sherman Scott.

Frontier Outlaw (1944, B&W): Billy the Kid kills hired gun Bradford in self-defense. The man he shot had been taking orders from Barlow and Taylor, an unsavory duo of land-grabbers. The Circle-C Ranch is their next target, but owner Ma Clark declares, "The maverick ain't livin' who can corral me on my own spread!" When the crooks steal her herd, Billy joins Ma Clark's stand against the outlaw gang by infiltrating their corrupt operation.

Crusty comic actor Emmett Lynn steals the show in an uproarious role as a flustered judge. Another memorable performance is given by Marin Sais (as the no-nonsense Ma Clark), a veteran actress who began her screen career as a Vitagraph star in 1910 and appeared almost exclusively in westerns after 1920. Starring Buster Crabbe, Al "Fuzzy" St. John, Francis Gladwin, Marin Sais, Emmett Lynn, Charles King, Jack Ingram and Kermit Maynard; Directed by Sam Newfield.