Ramar of The Jungle Volume 10 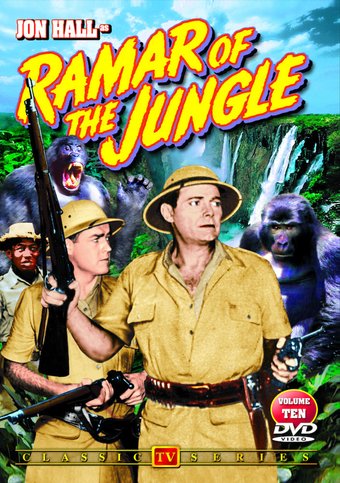 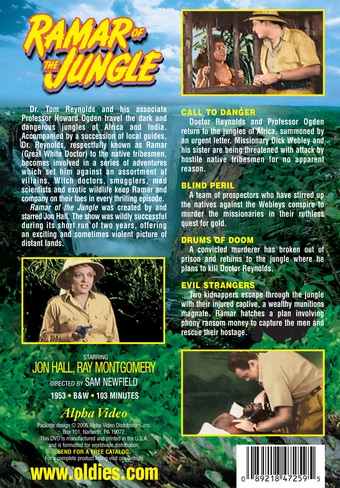 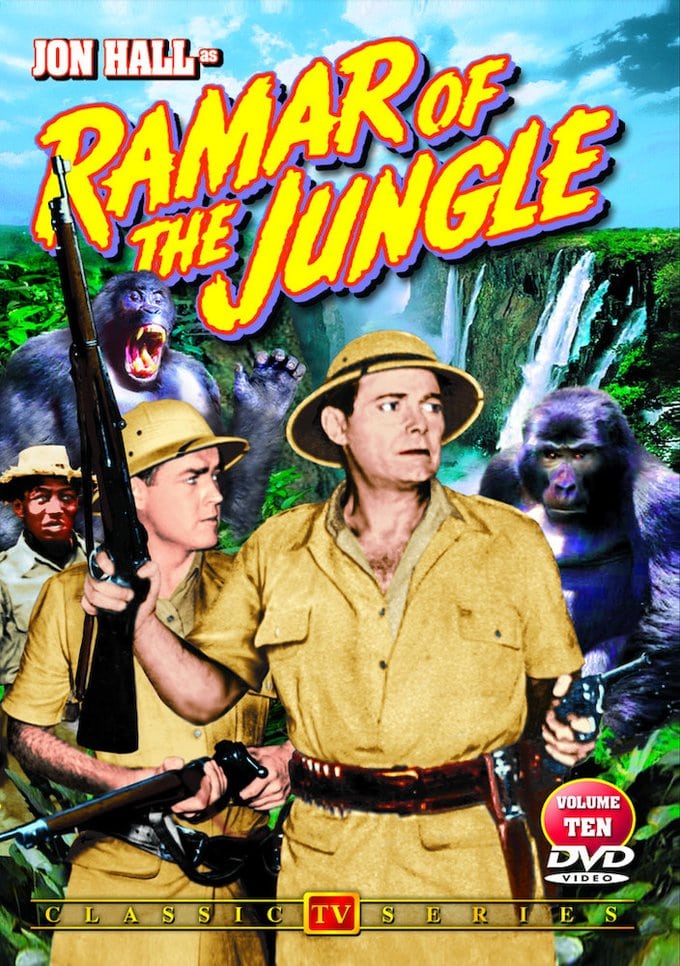 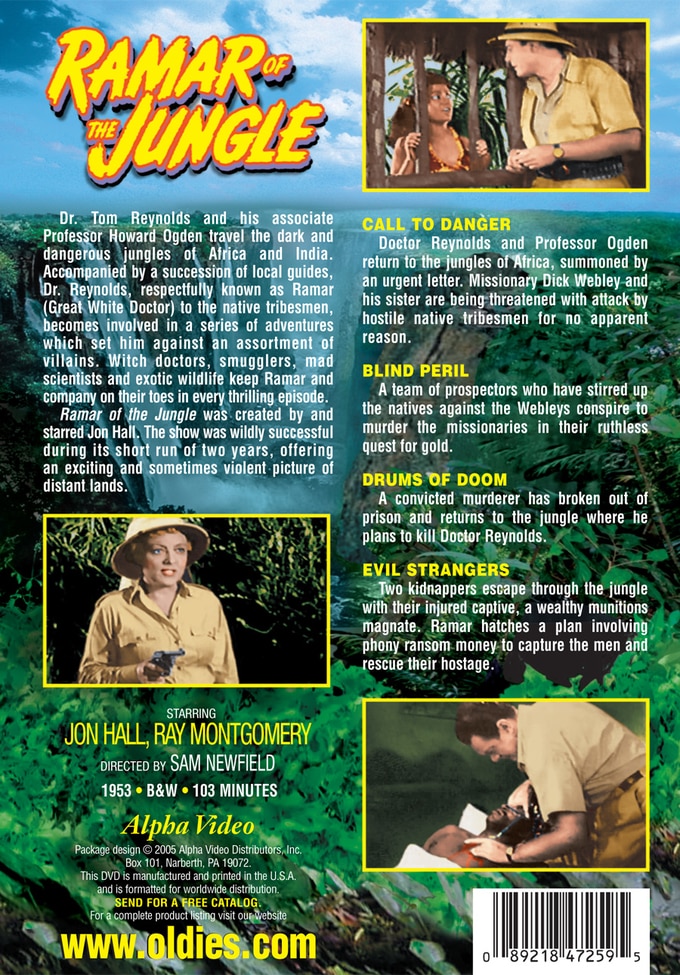 Call To Danger: Doctor Reynolds and Professor Ogden return to the jungles of Africa, summoned by an urgent letter. Missionary Dick Webley and his sister are being threatened with attack by hostile native tribesmen for no apparent reason.

Blind Peril: A team of prospectors who have stirred up the natives against the Webleys conspire to murder the missionaries in their ruthless quest for gold.

Drums Of Doom: A convicted murderer has broken out of prison and returns to the jungle where he plans to kill Doctor Reynolds.

Evil Strangers: Two kidnappers escape through the jungle with their injured captive, a wealthy munitions magnate. Ramar hatches a plan involving phony ransom money to capture the men and rescue their hostage.

Further adventures with RAMAR OF THE JUNGLE abound on this tenth volume of episodes from the show. Ramar is a white, western doctor who attempts to administer aid to the local jungle inhabitants of Africa and India. Four episodes are featured here, including: "Call To Danger," in which some aggressive local tribesmen threaten the peaceful equilibrium in Africa; "Blind Peril," which sees some golddiggers looking to usurp Ramar and his team; "Drums of Doom," in which a violent murderer comes looking for blood; and "Evil Strangers"

Action | Adventure | Jungle | Africa | Classic Television | Kidnapping | India
This product is made-on-demand by the manufacturer using DVD-R recordable media. Almost all DVD players can play DVD-Rs (except for some older models made before 2000) - please consult your owner's manual for formats compatible with your player. These DVD-Rs may not play on all computers or DVD player/recorders. To address this, the manufacturer recommends viewing this product on a DVD player that does not have recording capability.