Ramar of The Jungle Volume 8 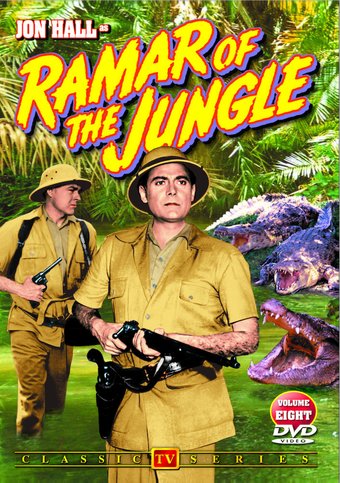 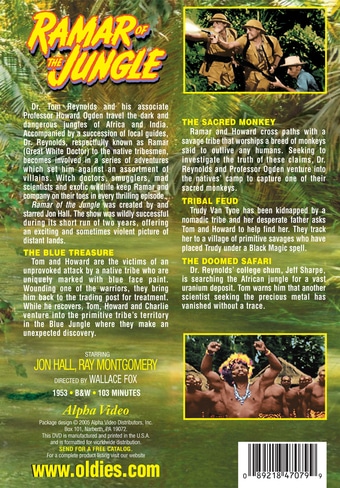 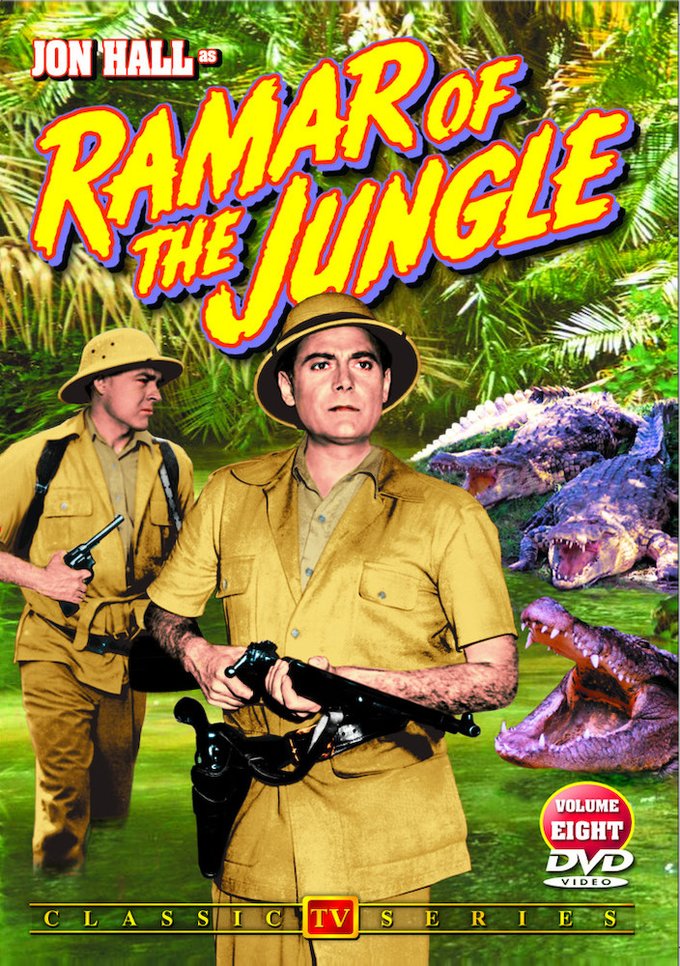 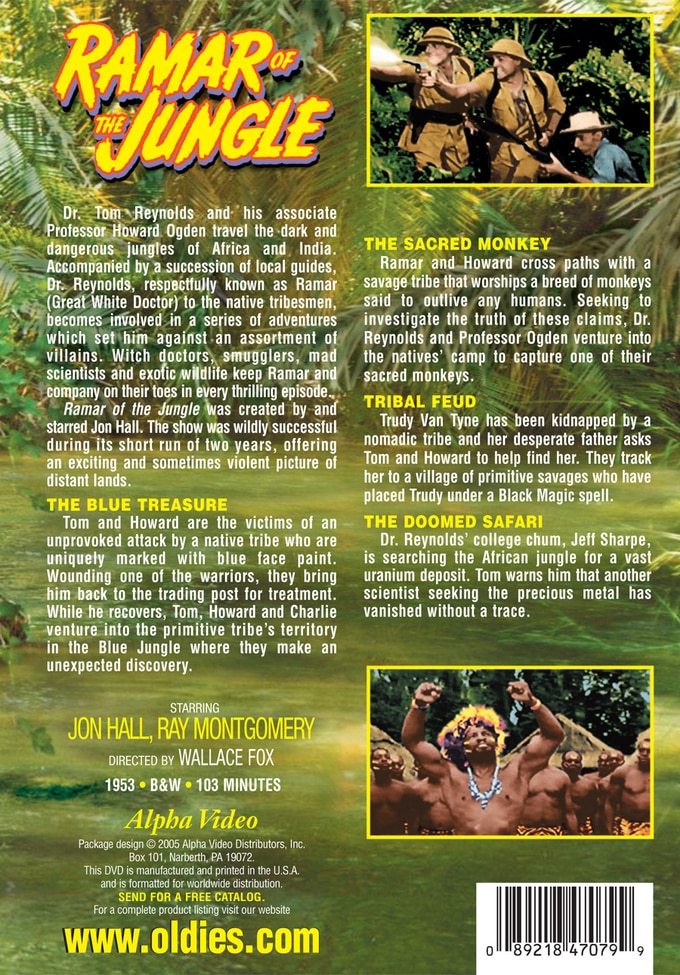 The Blue Treasure: Tom and Howard are the victims of an unprovoked attack by a native tribe who are uniquely marked with blue face paint. Wounding one of the warriors, they bring him back to the trading post for treatment. While he recovers, Tom, Howard and Charlie venture into the primitive tribe's territory in the Blue Jungle where they make an unexpected discovery.

The Sacred Monkey: Ramar and Howard cross paths with a savage tribe that worships a breed of monkeys said to outlive any humans. Seeking to investigate the truth of these claims, Dr. Reynolds and Professor Ogden venture into the natives' camp to capture one of their sacred monkeys.

Tribal Feud: Trudy Van Tyne has been kidnapped by a nomadic tribe and her desperate father asks Tom and Howard to help find her. They track her to a village of primitive savages who have placed Trudy under a Black Magic spell.

The Doomed Safari: Dr. Reynolds' college chum, Jeff Sharpe, is searching the African jungle for a vast uranium deposit. Tom warns him that another scientist seeking the precious metal has vanished without a trace.

A successful series that aired from 1952 to 1954, RAMAR was created by and starred Jon Hall as the great white doctor, Tom Reynolds, who returns to the jungles of his youth to treat natives and battle villains. He is aided in his endeavors by his associate Howard Ogden (Ray Montgomery), as well as a succession of native guides. The excitement and intrigue is provided by a number of exotic foes, including witch doctors, smugglers, scientists, fierce tribes, and wild animals. This collection of episodes includes "The Blue Treasure," "The Sacred Monkey," "Tribal Feud," and "The Doomed Safari."

Action | Series | Jungle | Television / TV Series
This product is made-on-demand by the manufacturer using DVD-R recordable media. Almost all DVD players can play DVD-Rs (except for some older models made before 2000) - please consult your owner's manual for formats compatible with your player. These DVD-Rs may not play on all computers or DVD player/recorders. To address this, the manufacturer recommends viewing this product on a DVD player that does not have recording capability.