Ramar of The Jungle Volume 11 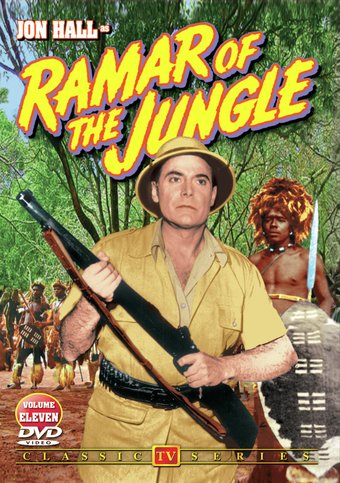 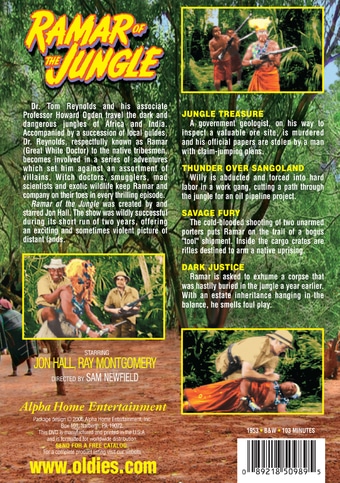 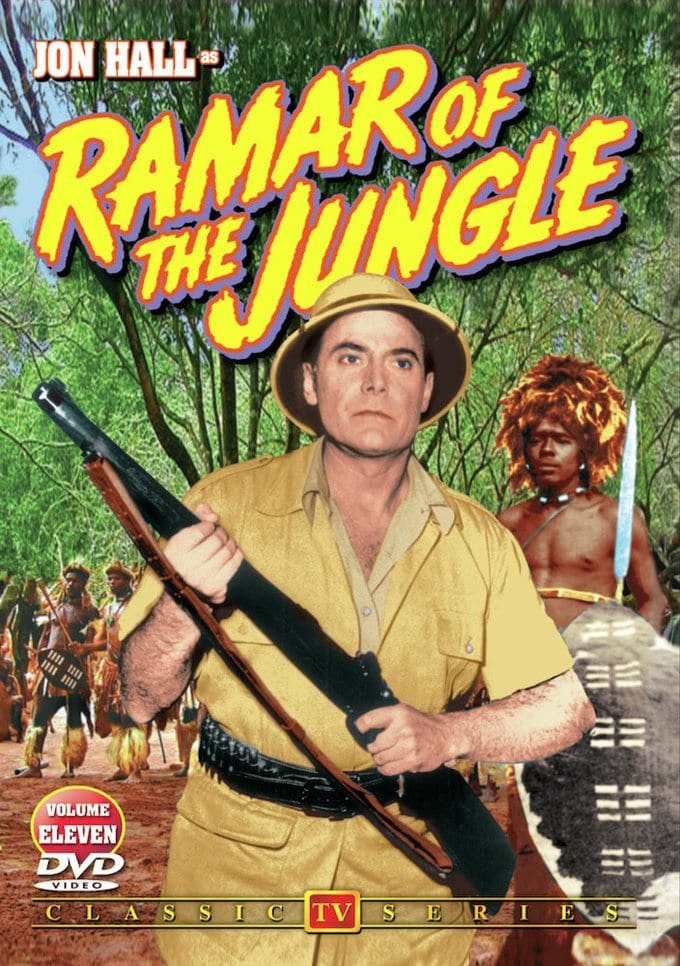 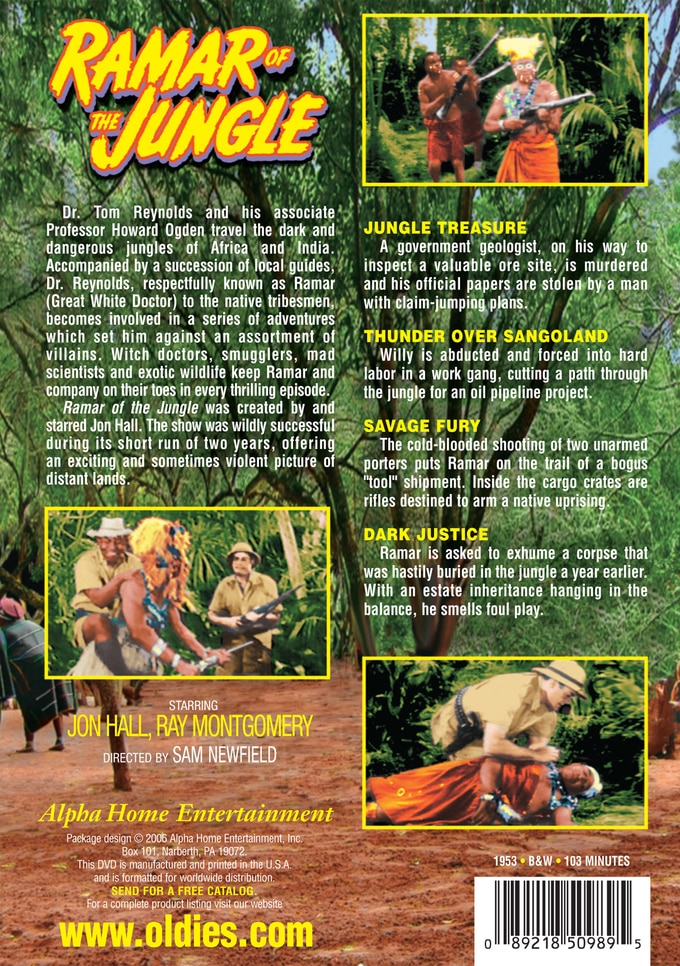 Jungle Treasure: A government geologist, on his way to inspect a valuable ore site, is murdered and his official papers are stolen by a man with claim-jumping plans.

Thunder Over Sangoland: Willy is abducted and forced into hard labor in a work gang, cutting a path through the jungle for an oil pipeline project.

Savage Fury: The cold-blooded shooting of two unarmed porters puts Ramar on the trail of a bogus "tool" shipment. Inside the cargo crates are rifles destined to arm a native uprising.

Dark Justice: Ramar is asked to exhume a corpse that was hastily buried in the jungle a year earlier. With an estate inheritance hanging in the balance, he smells foul play.

Jon Hall plays Dr. Tom Reynolds, the offspring of missionaries who returns to the jungle as an adult to care for the natives, in this popular series from the 1950s. He is known to his patients as Ramar, which means "white medicine man." He is aided in his ministrations and struggles by his loyal assistant, Professor Ogden (Ray Montgomery). Volume 11 includes four episodes in their entirety.