Ramar of The Jungle Volume 3 - Horrors of India

Four exciting episodes of action with the great white witch doctor in the jungles of Asia. 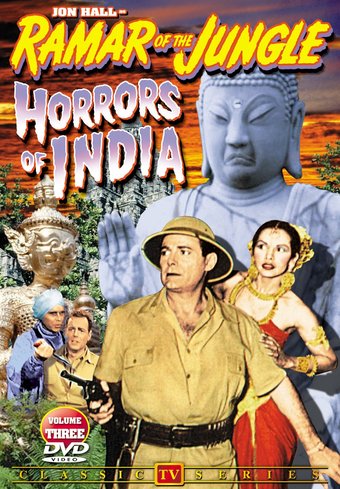 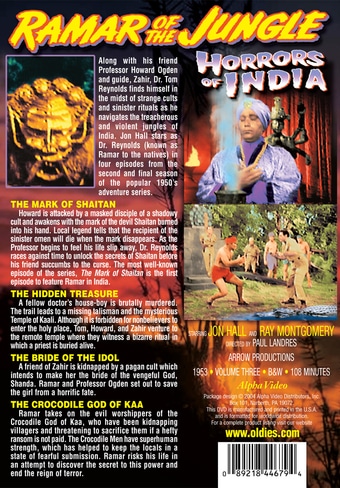 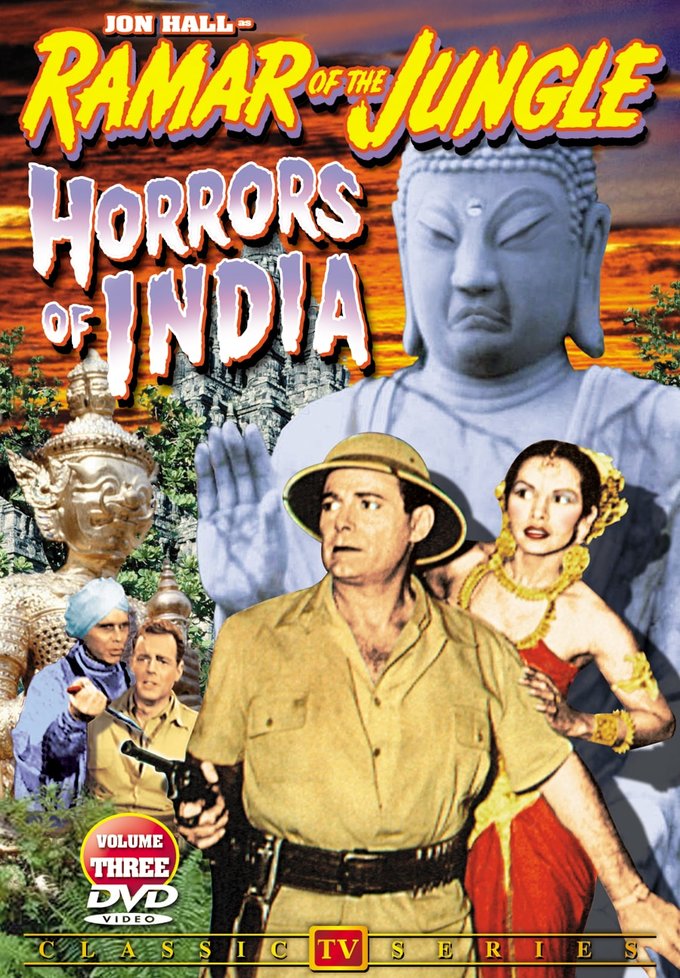 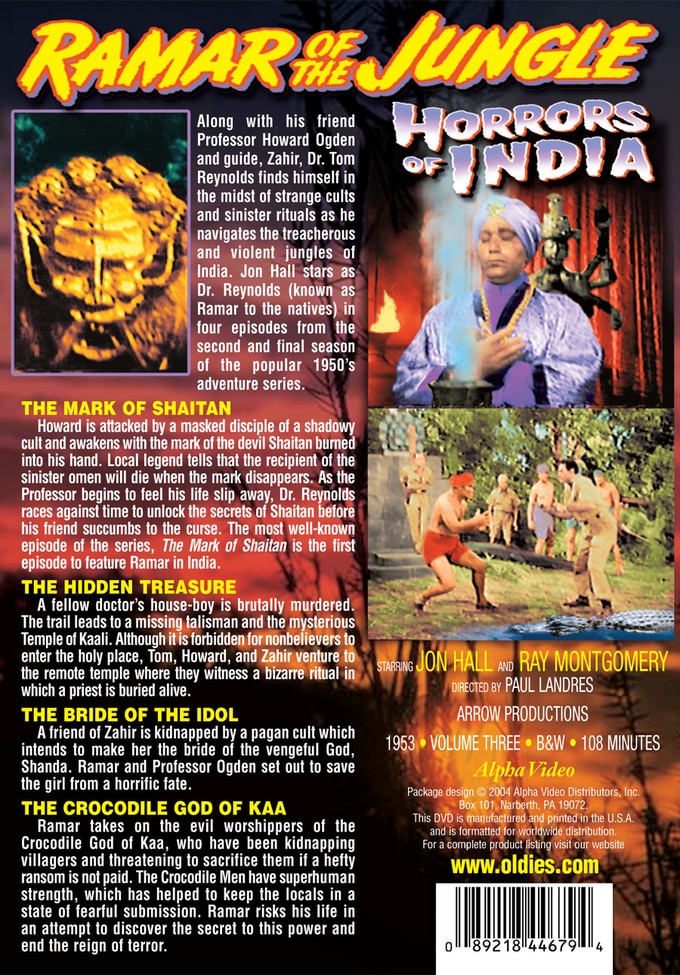 Along with his friend Professor Howard Ogden and guide, Zahir, Dr. Tom Reynolds finds himself in the midst of strange cults and sinister rituals as he navigates the treacherous and violent jungles of India. Jon Hall stars as Dr. Reynolds (known as Ramar to the natives) in four episodes from the second and final season of the popular 1950's adventure series.

The Mark Of Shaitan: Howard is attacked by a masked disciple of a shadowy cult and awakens with the mark of the devil Shaitan burned into his hand. Local legend tells that the recipient of the sinister omen will die when the mark disappears. As the Professor begins to feel his life slip away, Dr. Reynolds races against time to unlock the secrets of Shaitan before his friend succumbs to the curse. The most well-known episode of the series, "The Mark of Shaitan" is the first episode to feature Ramar in India.

The Hidden Treasure: A fellow doctor's house-boy is brutally murdered. The trail leads to a missing talisman and the mysterious Temple of Kaali. Although it is forbidden for nonbelievers to enter the holy place, Tom, Howard, and Zahir venture to the remote temple where they witness a bizarre ritual in which a priest is buried alive.

The Bride Of The Idol: A friend of Zahir is kidnapped by a pagan cult which intends to make her the bride of the vengeful God, Shanda. Ramar and Professor Ogden set out to save the girl from a horrific fate.

The Crocodile God Of Kaa: Ramar takes on the evil worshippers of the Crocodile God of Kaa, who have been kidnapping villagers and threatening to sacrifice them if a hefty ransom is not paid. The Crocodile Men have superhuman strength, which has helped to keep the locals in a state of fearful submission. Ramar risks his life in an attempt to discover the secret to this power and end the reign of terror.

Contains four episodes of the 1952 serial detailing the thrilling exploits of Tom Reynolds, a doctor in the jungle who also makes time to thwart the plans of evildoers.