Ramar of The Jungle Volume 7 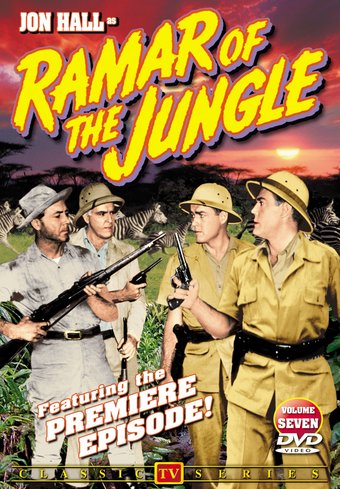 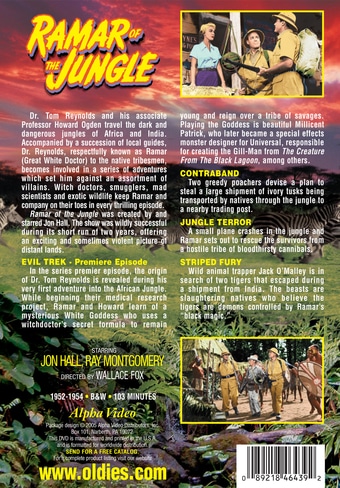 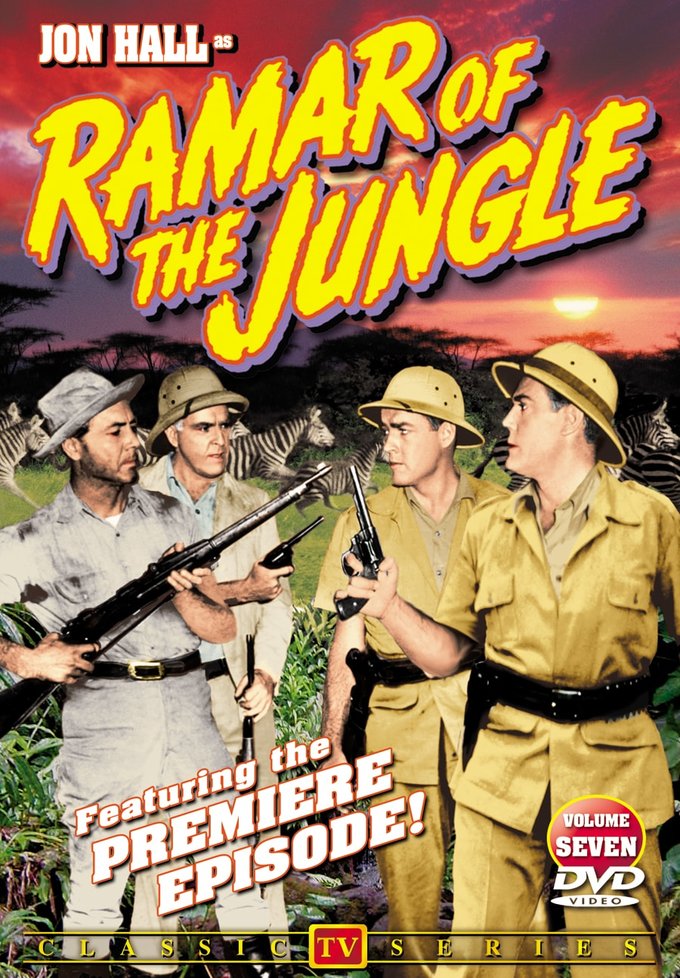 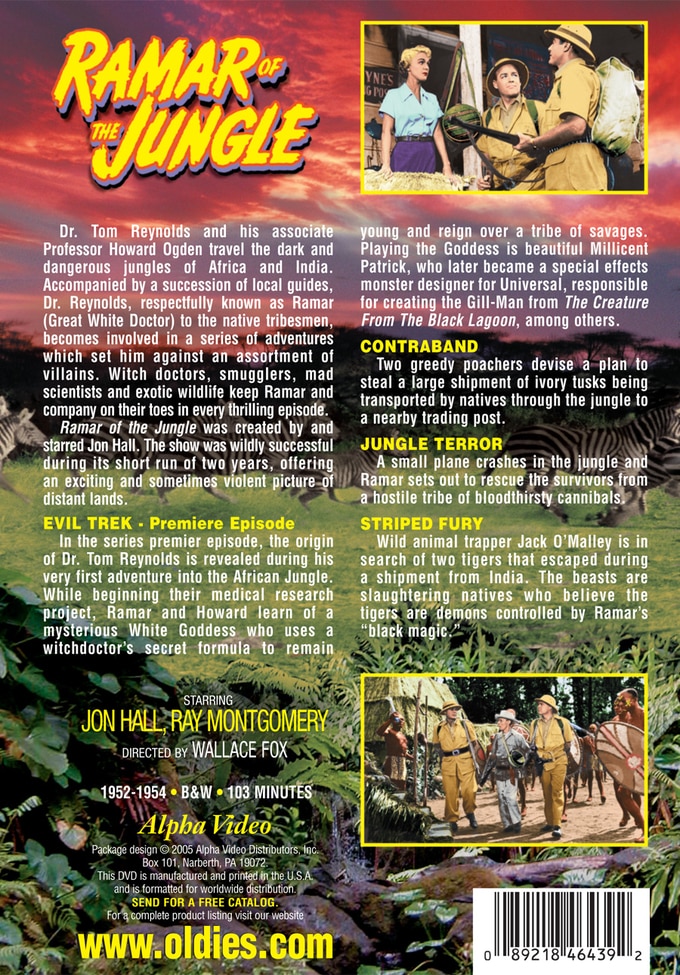 Evil Trek - Premiere Episode: In the series premiere episode, the origin of Dr. Tom Reynolds is revealed during his very first adventure into the African Jungle. While beginning their medical research project, Ramar and Howard learn of a mysterious White Goddess who uses a witchdoctor's secret formula to remain young and reign over a tribe of savages. Playing the Goddess is beautiful Millicent Patrick, who later became a special effects monster designer for Universal, responsible for creating the Gill-Man from The Creature From The Black Lagoon, among others.

Contraband: Two greedy poachers devise a plan to steal a large shipment of ivory tusks being transported by natives through the jungle to a nearby trading post.

Jungle Terror: A small plane crashes in the jungle and Ramar sets out to rescue the survivors from a hostile tribe of bloodthirsty cannibals.

Striped Fury: Wild animal trapper Jack O'Malley is in search of two tigers that escaped during a shipment from India. The beasts are slaughtering natives who believe the tigers are demons controlled by Ramar's "black magic."

Making its debut in 1952, RAMAR OF THE JUNGLE was created by Jon Hall, who also starred in the show. As the doctor Tom Reynolds (who returns to the jungles of his youth to treat natives and battle villains), Hall entertained audiences for the next two years with his wild endeavors. With assistance from his associate Howard Ogden (Ray Montgomery), as well as a succession of native guides, the doctor encounters a number of exotic foes, including witch doctors, smugglers, scientists, fierce tribes, and wild animals. This collection of episodes includes the show's premiere episode entitled "Evil Trek," as well as "Contraband," "Jungle Terror," and "Striped Fury."

Jungle | Doctors | Television Programs | Television Shows | Television / TV Series
This product is made-on-demand by the manufacturer using DVD-R recordable media. Almost all DVD players can play DVD-Rs (except for some older models made before 2000) - please consult your owner's manual for formats compatible with your player. These DVD-Rs may not play on all computers or DVD player/recorders. To address this, the manufacturer recommends viewing this product on a DVD player that does not have recording capability.