Ramar of The Jungle Volume 9 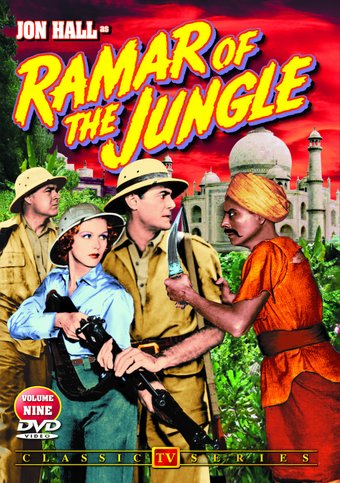 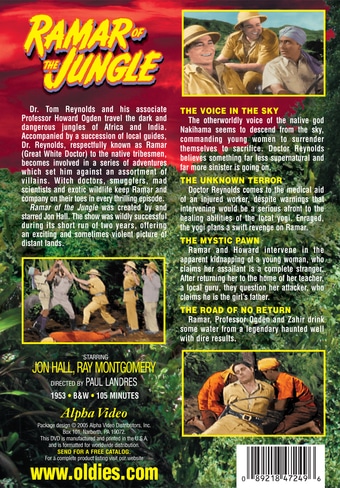 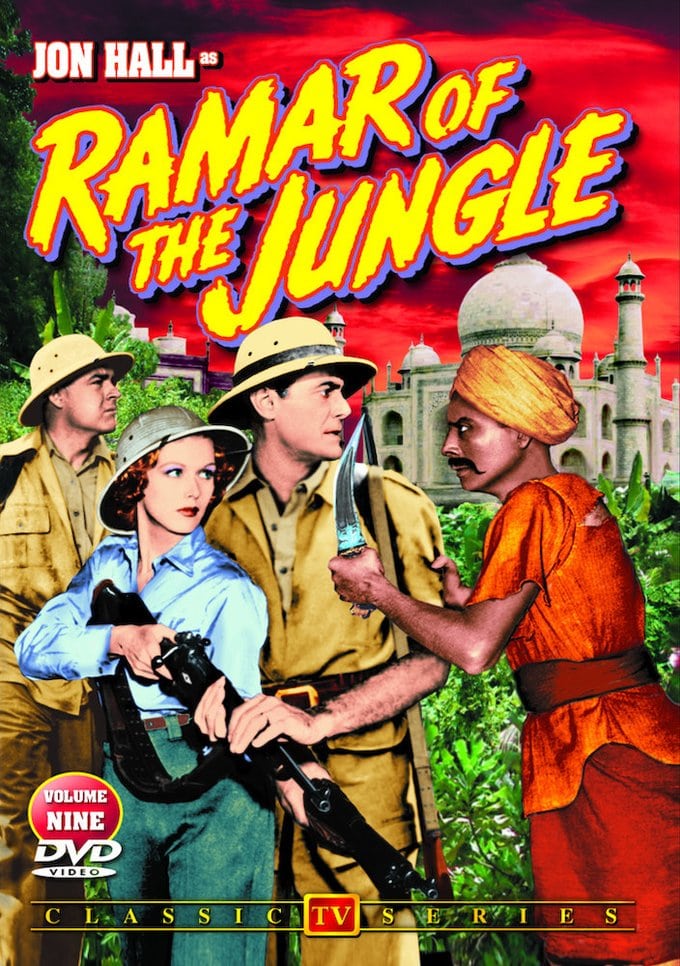 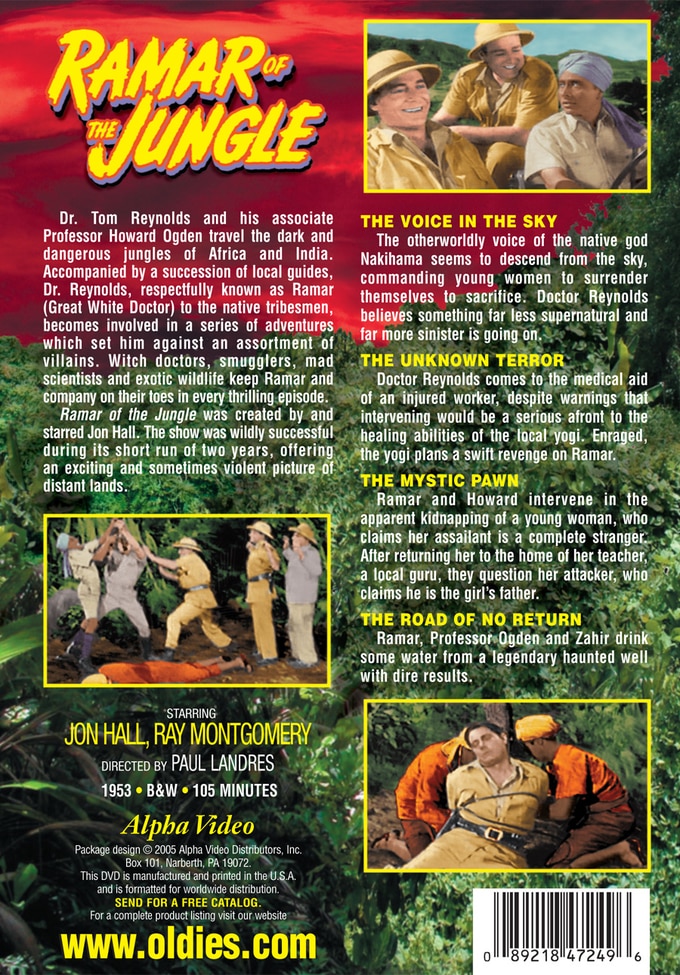 The Voice In The Sky: The otherworldly voice of the native god Nakihama seems to descend from the sky, commanding young women to surrender themselves to sacrifice. Doctor Reynolds believes something far less supernatural and far more sinister is going on.

The Unknown Terror: Doctor Reynolds comes to the medical aid of an injured worker, despite warnings that intervening would be a serious afront to the healing abilities of the local yogi. Enraged, the yogi plans a swift revenge on Ramar.

The Mystic Pawn: Ramar and Howard intervene in the apparent kidnapping of a young woman, who claims her assailant is a complete stranger. After returning her to the home of her teacher, a local guru, they question her attacker, who claims he is the girl's father.

The Road Of No Return: Ramar, Professor Ogden and Zahir drink some water from a legendary haunted well with dire results.

RAMAR OF THE JUNGLE was a TV show that followed the exploits of Dr. Tom Reynolds and his sidekick Professor Howard Ogden as they administered aid throughout the jungles of Africa and India. This ninth collection of RAMAR delights includes four episodes in their entirety. Among them are "The Voice in the Sky," in which voices from a God appear to be affecting local villagers; "The Unknown Terror," which sees Reynolds in trouble with a yogi; "The Mystic Pawn," in which the doctor is involved in a strange kidnapping case; and "The Road of No Return," in which some drinking water proves less than palatable for the beleaguered Reynolds.

Action | Jungle | Africa | Classic Television | Revenge | Kidnapping | India
This product is made-on-demand by the manufacturer using DVD-R recordable media. Almost all DVD players can play DVD-Rs (except for some older models made before 2000) - please consult your owner's manual for formats compatible with your player. These DVD-Rs may not play on all computers or DVD player/recorders. To address this, the manufacturer recommends viewing this product on a DVD player that does not have recording capability.