Ramar of The Jungle Volume 2 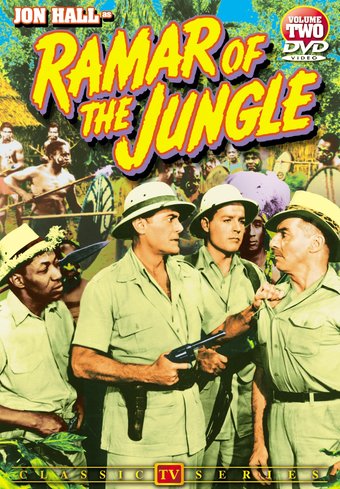 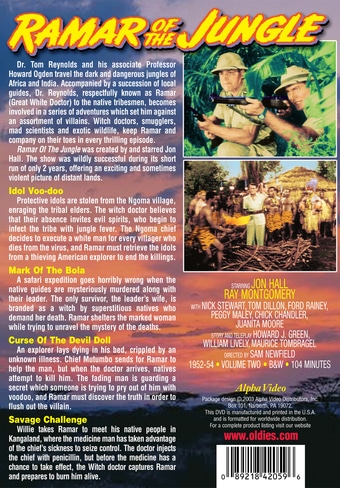 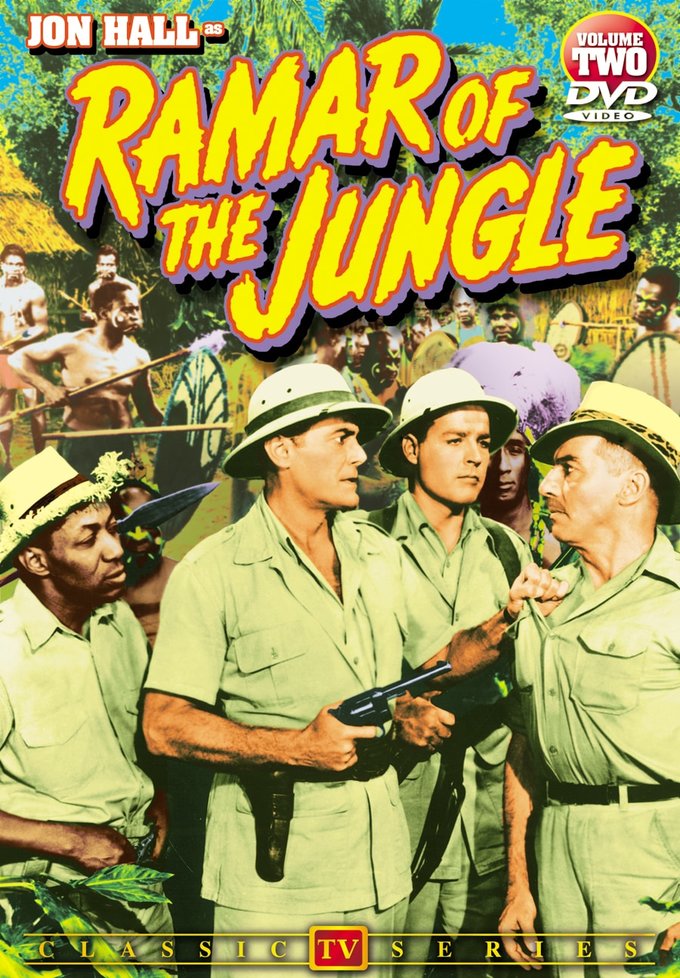 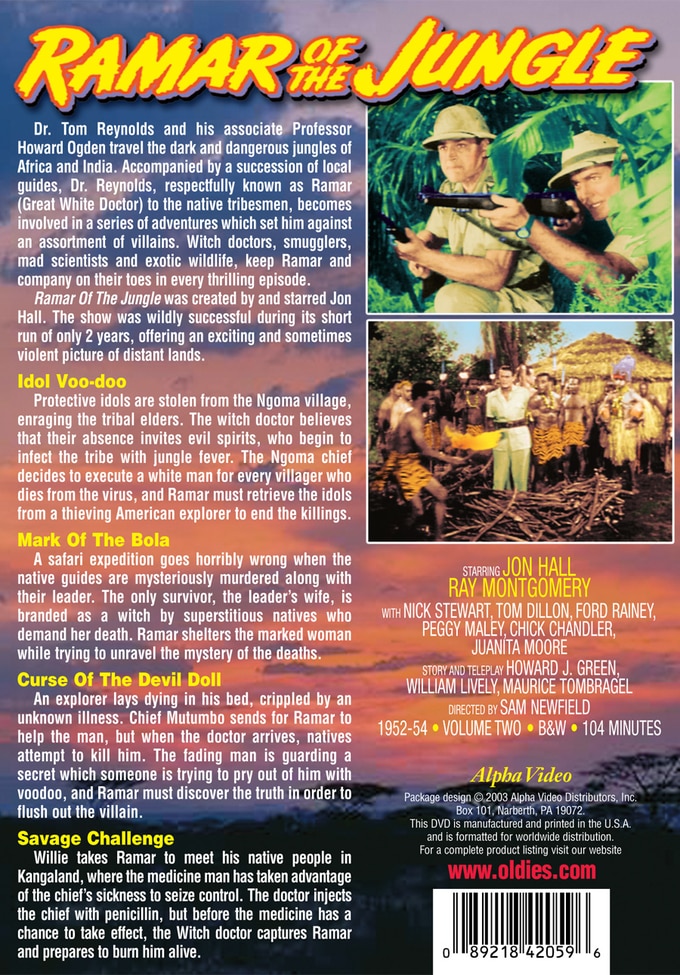 Idol Voo-doo: Protective idols are stolen from the Ngoma village, enraging the tribal elders. The witch doctor believes that their absence invites evil spirits, who begin to infect the tribe with jungle fever. The Ngoma chief decides to execute a white man for every villager who dies from the virus, and Ramar must retrieve the idols from a thieving American explorer to end the killings.

Mark Of The Bola: A safari expedition goes horribly wrong when the native guides are mysteriously murdered along with their leader. The only survivor, the leader's wife, is branded as a witch by superstitious natives who demand her death. Ramar shelters the marked woman while trying to unravel the mystery of the deaths.

Curse Of The Devil Doll: An explorer lays dying in his bed, crippled by an unknown illness. Chief Mutumbo sends for Ramar to help the man, but when the doctor arrives, natives attempt to kill him. The fading man is guarding a secret which someone is trying to pry out of him with voodoo, and Ramar must discover the truth in order to flush out the villain.

Savage Challenge: Willie takes Ramar to meet his native people in Kangaland, where the medicine man has taken advantage of the chief's sickness to seize control. The doctor injects the chief with penicillin, but before the medicine has a chance to take effect, the Witch doctor captures Ramar and prepares to burn him alive.

Action | Adventure | Suspense | Thriller | Jungle
This product is made-on-demand by the manufacturer using DVD-R recordable media. Almost all DVD players can play DVD-Rs (except for some older models made before 2000) - please consult your owner's manual for formats compatible with your player. These DVD-Rs may not play on all computers or DVD player/recorders. To address this, the manufacturer recommends viewing this product on a DVD player that does not have recording capability.