Ramar of The Jungle Volume 5 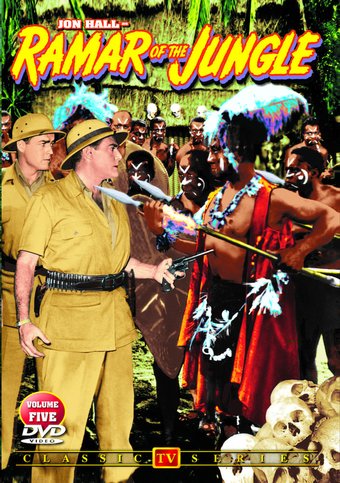 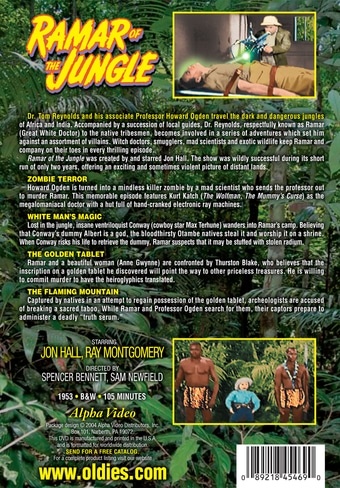 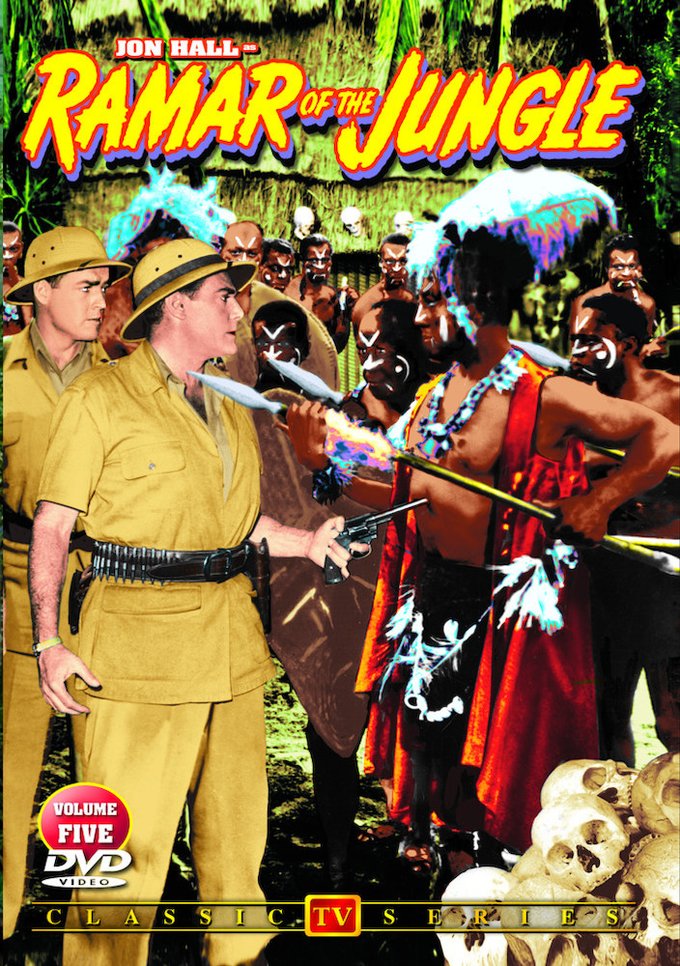 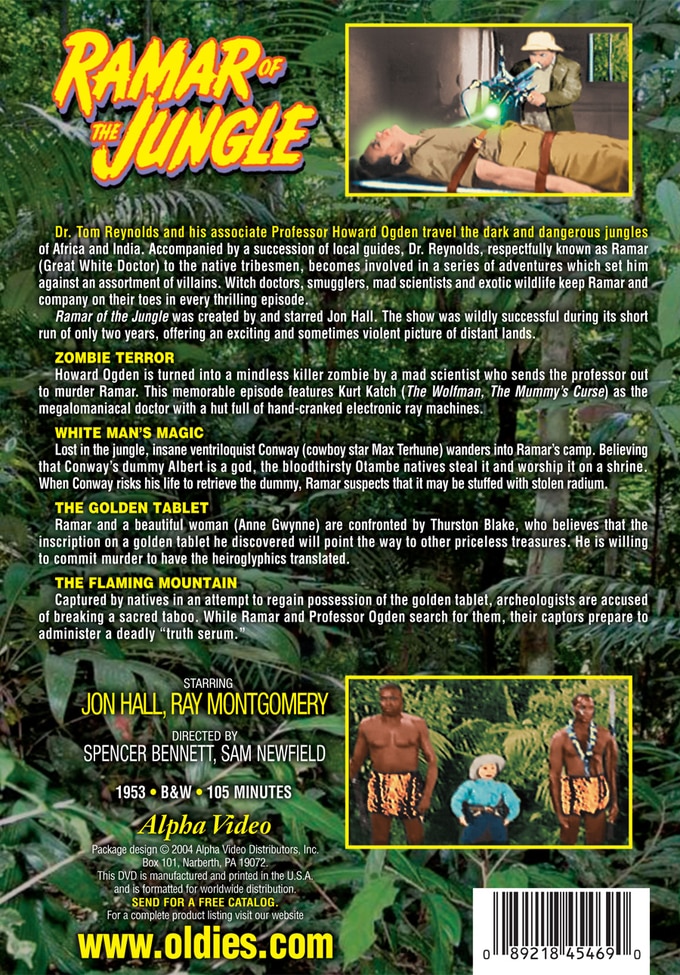 Zombie Terror: Howard Ogden is turned into a mindless killer zombie by a mad scientist who sends the professor out to murder Ramar. This memorable episode features Kurt Katch (The Wolf Man, The Mummy's Curse) as the megalomaniacal doctor with a hut full of hand-cranked electronic ray machines.

White Man's Magic: Lost in the jungle, insane ventriloquist Conway (cowboy star Max Terhune) wanders into Ramar's camp. Believing that Conway's dummy Albert is a god, the bloodthirsty Otambe natives steal it and worship it on a shrine. When Conway risks his life to retrieve the dummy, Ramar suspects that it may be stuffed with stolen radium.

The Golden Tablet: Ramar and a beautiful woman (Anne Gwynne) are confronted by Thurston Blake, who believes that the inscription on a golden tablet he discovered will point the way to other priceless treasures. He is willing to commit murder to have the hieroglyphics translated.

The Flaming Mountain: Captured by natives in an attempt to regain possession of the golden tablet, archeologists are accused of breaking a sacred taboo. While Ramar and Professor Ogden search for them, their captors prepare to administer a deadly "truth serum."

Mysterious happenings unfurl in the wilds of India, as Dr. Tom Reynolds (Jon Hall) and Professor Howard Ogden (Ray Montgomery) run into mysterious cults and rituals in this popular television series. Reynolds is knows as "Ramar" to the natives--hence the title of the show--and dispenses aid to them while under attack from fearsome witchdoctors, and other treacherous jungle dwellers. The show ran for two years, from 1952-1954, and this releases forms the fifth volume of episodes from the show.

Action | Series | Jungle
This product is made-on-demand by the manufacturer using DVD-R recordable media. Almost all DVD players can play DVD-Rs (except for some older models made before 2000) - please consult your owner's manual for formats compatible with your player. These DVD-Rs may not play on all computers or DVD player/recorders. To address this, the manufacturer recommends viewing this product on a DVD player that does not have recording capability.