The Stork Club is a hilarious and heartwarming screwball comedy with fabulous songs and nightclub routines. 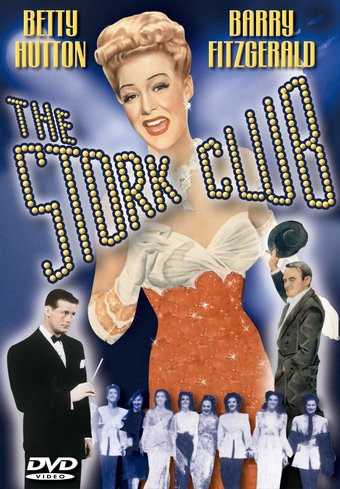 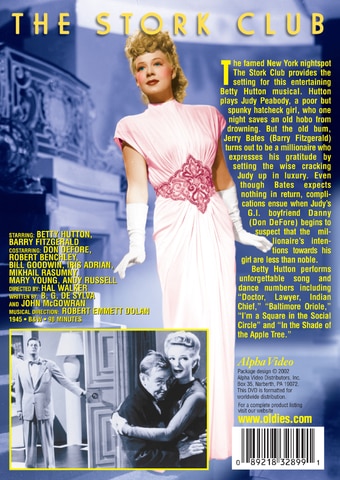 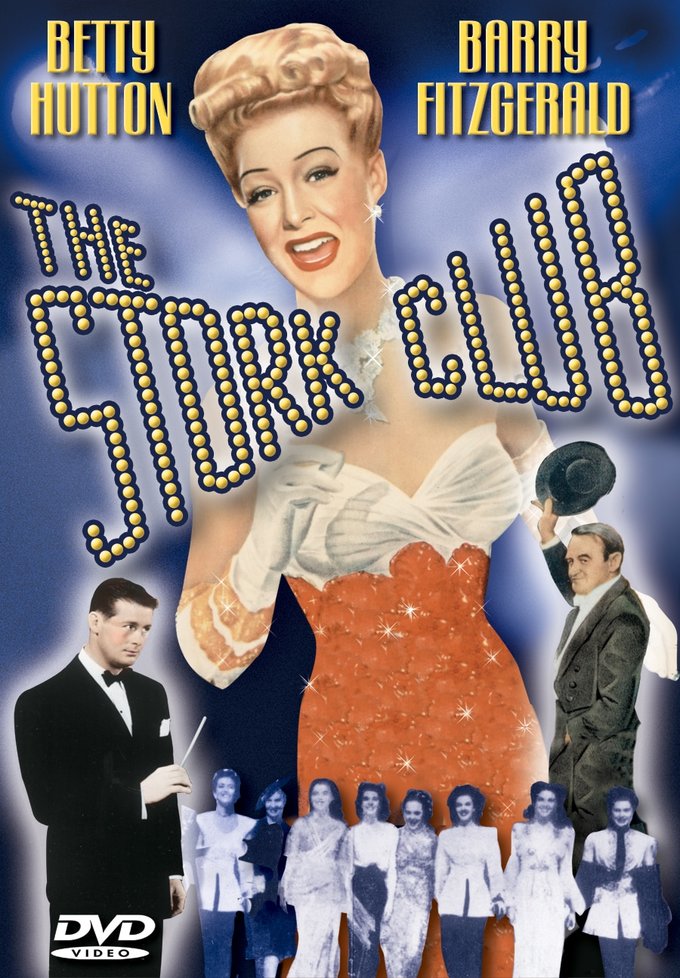 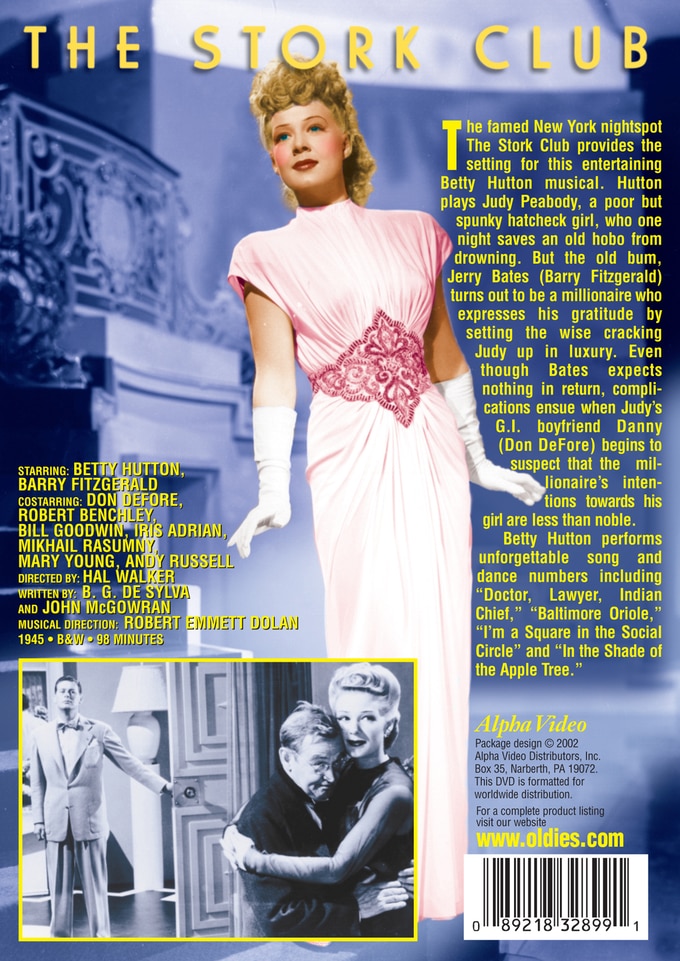 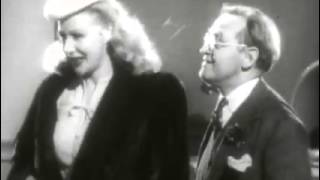 The famed New York nightspot The Stork Club provides the setting for this entertaining Betty Hutton musical. Hutton plays Judy Peabody, a poor but spunky hatcheck girl, who one night saves an old hobo from drowning. But the old bum, Jerry Bates (Barry Fitzgerald) turns out to be a millionaire who expresses his gratitude by setting the wise cracking Judy up in luxury. Even though Bates expects nothing in return, complications ensue when Judy's G.I. boyfriend Danny (Don DeFore) begins to suspect that the millionaire's intentions towards his girl are less than noble.

Betty Hutton performs unforgettable song and dance numbers including "Doctor, Lawyer, Indian Chief," "Baltimore Oriole," "I'm a Square in the Social Circle" and "In the Shade of the Apple Tree."

When a hat-check girl at the Stork Club inadvertently saves a billionaire's life she suddenly finds herself very wealthy, sparking the jealousy of her G.I. boyfriend.

Romance | Rags To Riches
This product is made-on-demand by the manufacturer using DVD-R recordable media. Almost all DVD players can play DVD-Rs (except for some older models made before 2000) - please consult your owner's manual for formats compatible with your player. These DVD-Rs may not play on all computers or DVD player/recorders. To address this, the manufacturer recommends viewing this product on a DVD player that does not have recording capability.

The Perils of Pauline
$10
Add to Cart

20%off
Billy the Kid
$28 Super Savings
Add to Cart

Customer Rating:
Based on 700 ratings.


There's a roster of Hollywood greats in this film, but let's not forget to mention romantic baritone Andy Russell. Andy was in the process of transitioning from drummer with Stan Kenton's band to one of the first superstars at that new record label (established in a Hollywood garage) known as Capitol. Andy's big hits "Amor," "Besame Mucho," and "What a Diff'rence a Day Makes" were the first bi-lingual records by a solo artist to become chart-toppers. In the mid-1940s, Andy replaced Frank Sinatra on radio's "Your Hit Parade" and went on to become a major star in the U.S.A. and throughout Latin America. Andy paved the way for other Hispanic artists and should be recognized for his talent and pioneering efforts.

Enjoyable film with lots of familiar faces Movie Lover: kinovend from Grand Rapids, MI US -- May, 21, 2003


The story is a little far fetched, but it still gives Ms. Hutton to display her vivacious musical comedy talents. Her best picture, ANNIE GET YOUR GUN, was five years in the future, but her popularity was growing with films like STORK CLUB. Plenty of character actors are on hand, like Grady Sutton, Pierre Watkin and Robert Benchley to name but a few. Alpha appears to have made their video master from a 16mm print, and while the picture is a tad light and slightly soft, the audio is clean and clear. STORK CLUB was clearly an "A" picture from Paramount Studios to showcase their talented Ms. Hutton. I enjoyed this DVD very much!