She always thought she was somebody special... and she was. 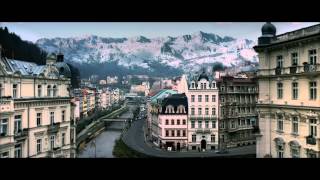 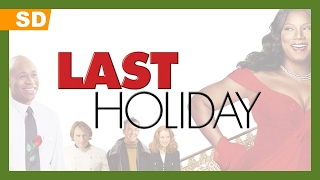 Queen Latifah is absolutely delightful in Wayne Wang's romantic comedy, LAST HOLIDAY. Latifah stars as Georgia Byrd, a reserved plus-sized woman who lives a dreary, ordinary life in pre-Katrina New Orleans, where she dreams of an elegant existence filled with fancy food, stylish clothing, and high-society parties. But she spends most of her evenings eating frozen dinners all alone, often thinking about a shy coworker (LL Cool J) she has a crush on. When she is suddenly diagnosed with a terminal illness and given three weeks to live, she collects her savings and decides to go crazy, doing all those things she would never allow herself to do before. She heads for one of the world's ritziest hotels, the Grand Hotel Pupp in Karlovy Vary in the Czech Republic, where she takes advantage of every luxury she can, from spa treatments to downhill ski runs to helicopter trips to designer shopping excursions. While her lavish appetite is admired by a gourmet chef (Gerard Depardieu, showing agile comic skill), she is deemed a potential threat by a corporate bigwig (a slick Timothy Hutton). She's also none too happy to find her too-smooth senator (Giancarlo Esposito) enjoying a lush vacation instead of serving his community.

Latifah simply lights up the screen in a somewhat different version of the role played by Alec Guinness in Henry Cass's 1950 original. This version of LAST HOLIDAY has been updated with a playful pop soundtrack, Geoffrey Simpson's beautiful photography, William Arnold's bright and colorful production design, and an enjoyable, lighthearted pace from director Wang (DIM SUM, THE JOY LUCK CLUB, and MAID IN MANHATTAN).

The Holiday
$5
Add to Cart