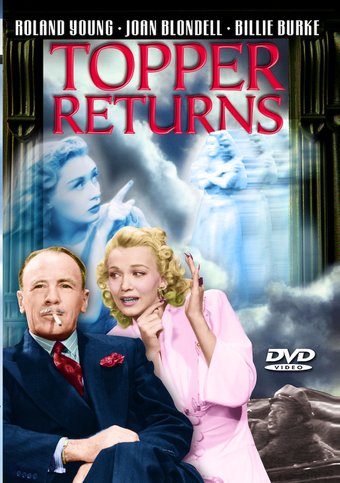 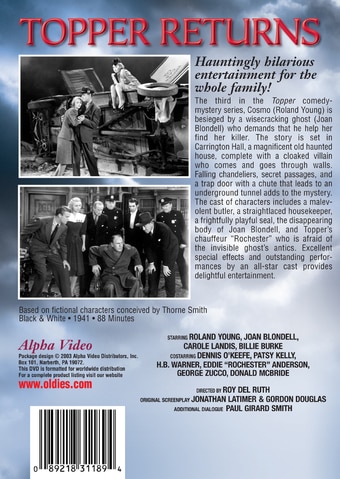 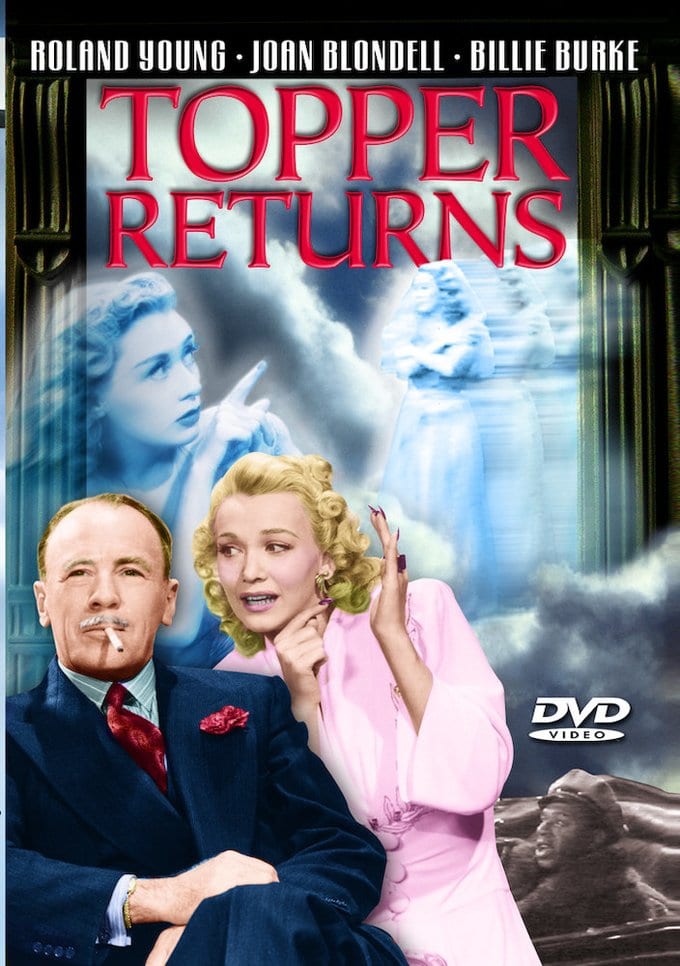 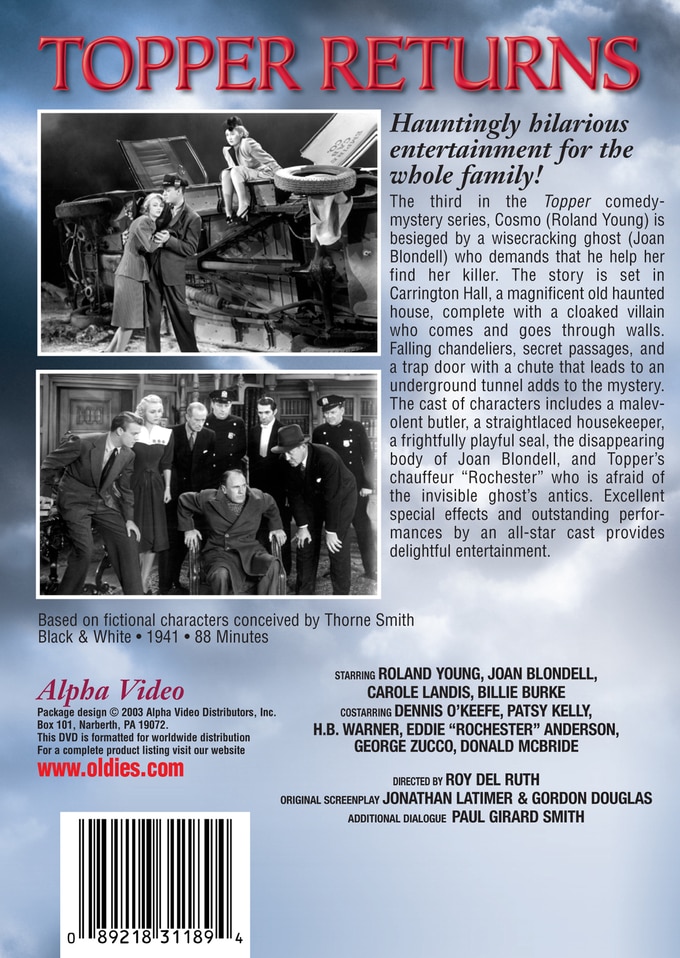 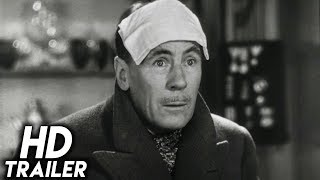 The third in the Topper comedy- mystery series, Cosmo (Roland Young) is besieged by a wisecracking ghost (Joan Blondell) who demands that he help her find her killer. The story is set in Carrington Hall, a magnificent old haunted house, complete with a cloaked villain who comes and goes through walls. Falling chandeliers, secret passages, and a trap door with a chute that leads to an underground tunnel adds to the mystery. The cast of characters includes a malevolent butler, a straightlaced housekeeper, a frightfully playful seal, the disappearing body of Joan Blondell, and Topper's chauffeur "Rochester" who is afraid of the invisible ghost's antics. Excellent special effects and outstanding performances by an all-star cast provides delightful entertainment.

This third entry in the TOPPER comedy film series--TOPPER (1937) and TOPPER TAKES A TRIP (1939)--follows the mild-mannered Topper on the trail of a phantom killer. While visiting a stately castle, a young woman is knifed to death on the eve of her friend's twenty-first birthday, upon which day she is to receive the family fortune. When Topper is asked by the recently deceased's ghost to investigate the murder, he finds himself accused by a bumbling detective.

Afterlife | Ghosts | Vintage | 1940s | Murder Investigations
This product is made-on-demand by the manufacturer using DVD-R recordable media. Almost all DVD players can play DVD-Rs (except for some older models made before 2000) - please consult your owner's manual for formats compatible with your player. These DVD-Rs may not play on all computers or DVD player/recorders. To address this, the manufacturer recommends viewing this product on a DVD player that does not have recording capability.

Customer Rating:
Based on 4483 ratings.


This was a very cute movie - especially with Rochester in it - he is halarious. ALSO I wish I could get the first 2 movies in this series! Very good movie!