Mr. Lobo loses his marbles hosting 'The Screaming Skull', the 1958 low-budget drive-in movie about a newlywed bride driven mad by the ghostly image of a spectral skull. 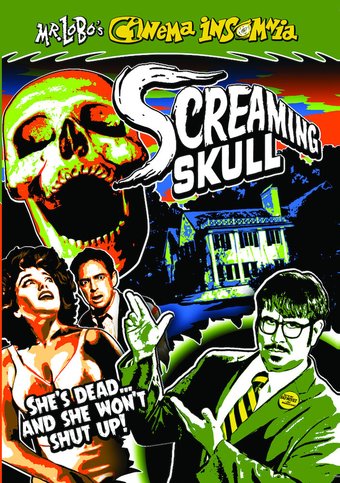 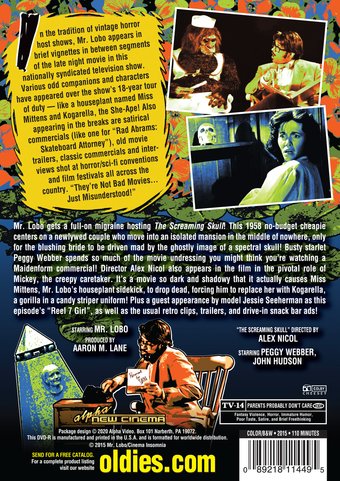 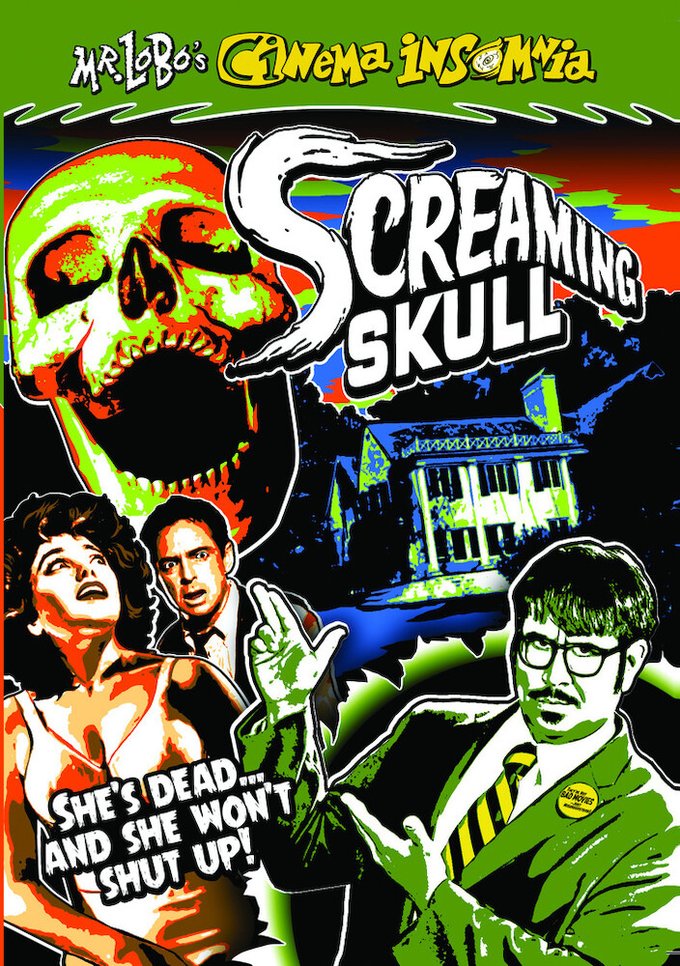 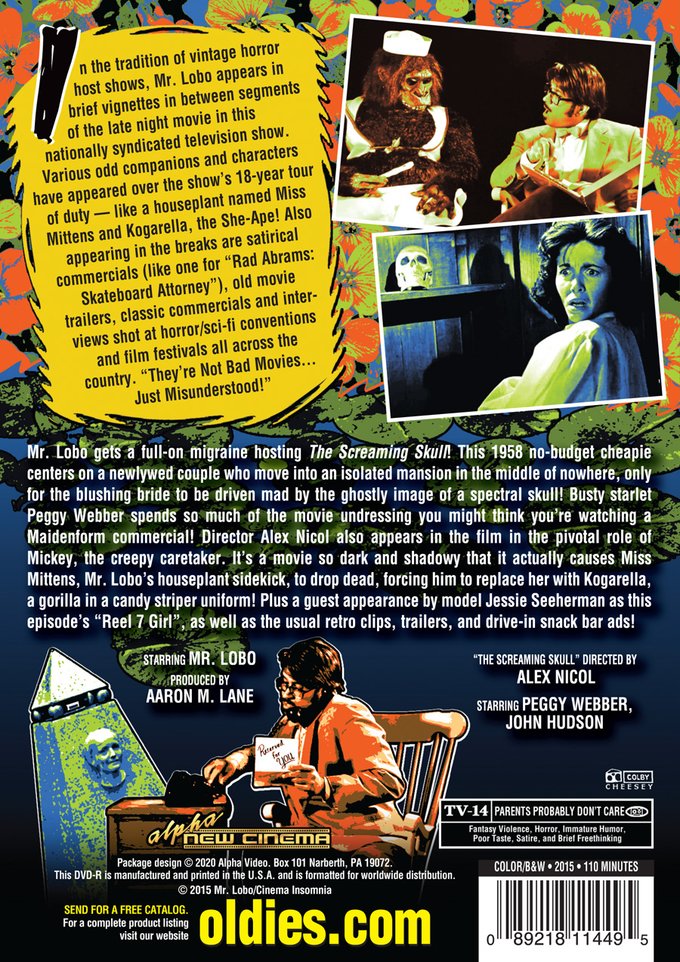 MR. LOBO'S CINEMA INSOMNIA: In the tradition of vintage horror host shows, Mr. Lobo appears in brief vignettes in between segments of the late night movie in this nationally syndicated television show. Various odd companions and characters have appeared over the show's 18-year tour of duty–like a houseplant named Miss Mittens and Kogarella, the She-Ape! Also appearing in the breaks are satirical commercials (like one for "Rad Abrams: Skateboard Attorney"), old movie trailers, classic commercials and interviews shot at horror/sci-fi conventions and film festivals all across the country. "They're Not Bad Movies...Just Misunderstood!"

Mr. Lobo gets a full-on migraine hosting The Screaming Skull! This 1958 no-budget cheapie centers on a newlywed couple who move into an isolated mansion in the middle of nowhere, only for the blushing bride to be driven mad by the ghostly image of a spectral skull! Busty starlet Peggy Webber spends so much of the movie undressing you might think you're watching a Maidenform commercial! Director Alex Nicol also appears in the film in the pivotal role of Mickey, the creepy caretaker. It's a movie so dark and shadowy that it actually causes Miss Mittens, Mr. Lobo's houseplant sidekick, to drop dead, forcing him to replace her with Kogarella, a gorilla in a candy striper uniform! Plus a guest appearance by model Jessie Seeherman as this episode's "Reel 7 Girl", as well as the usual retro clips, trailers, and drive-in snack bar ads!