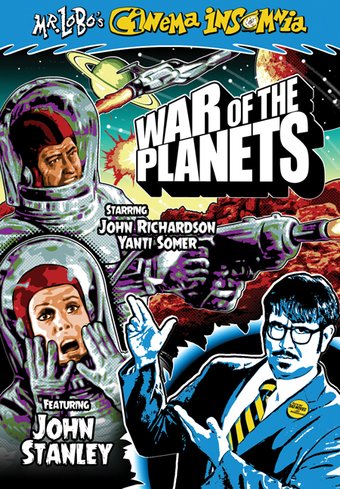 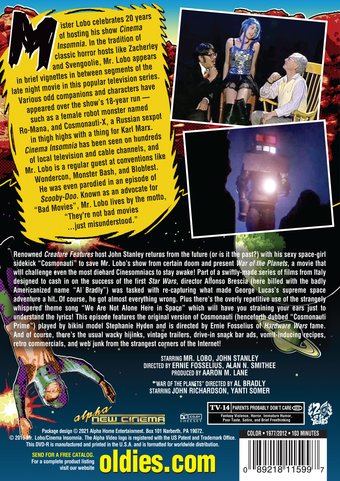 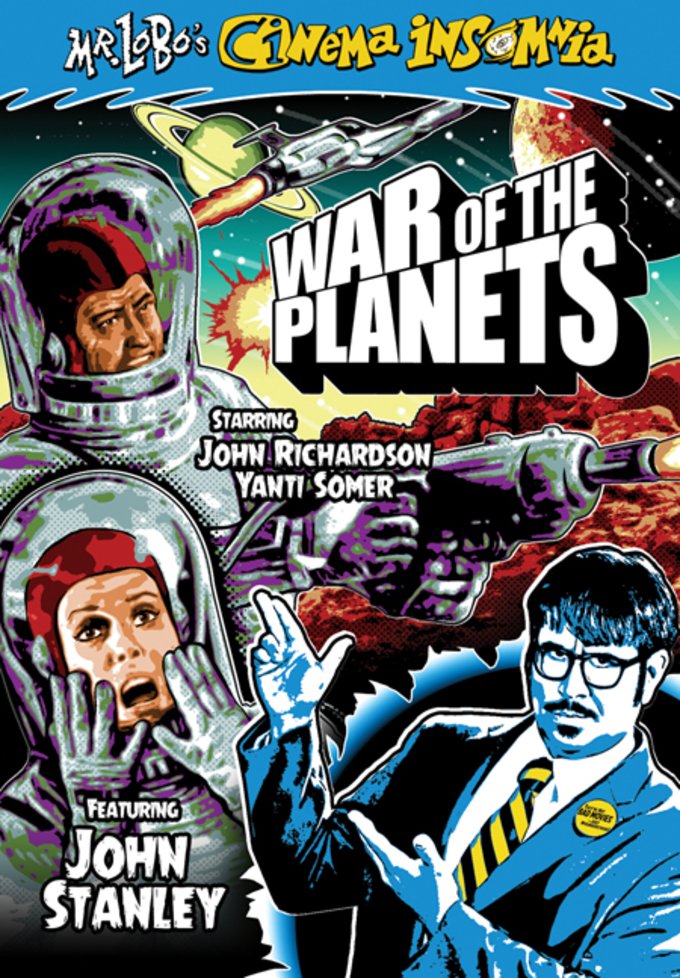 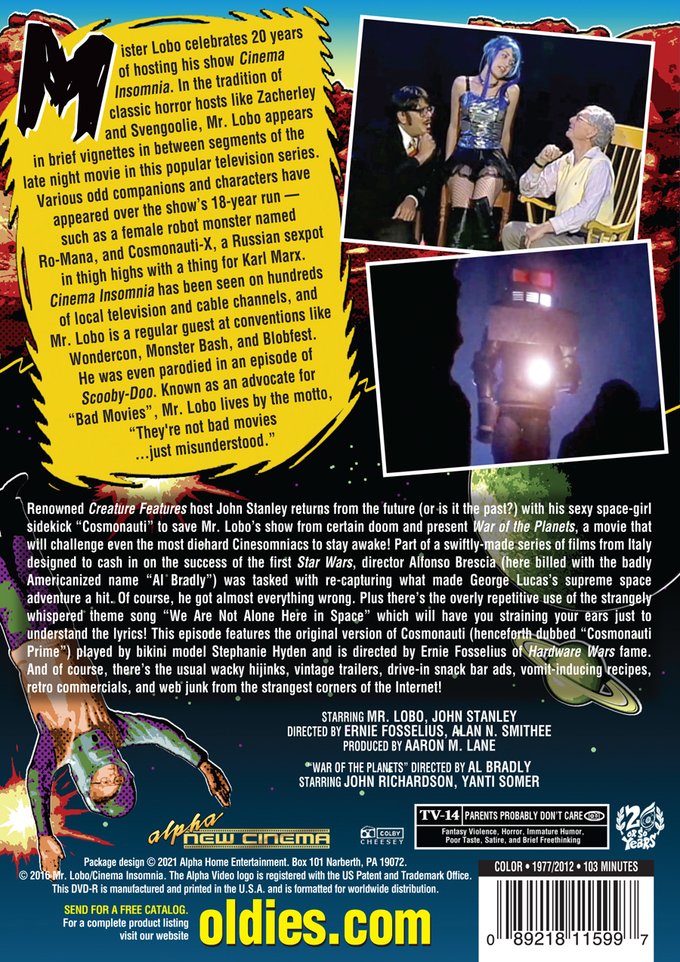 Mister Lobo celebrates 20 years of hosting his show Cinema Insomnia. In the tradition of classic horror hosts like Zacherley and Svengoolie, Mr. Lobo appears in brief vignettes in between segments of the late night movie in this popular television series. Various odd companions and characters have appeared over the show's 18-year run – such as a female robot monster named Ro-Mana, and Cosmonauti-X, a Russian sexpot in thigh highs with a thing for Karl Marx. Cinema Insomnia has been seen on hundreds of local television and cable channels, and Mr. Lobo is a regular guest at conventions like Wondercon, Monster Bash, and Blobfest. He was even parodied in an episode of Scooby-Doo. Known as an advocate for "Bad Movies", Mr. Lobo lives by the motto, "They're not bad movies...just...misunderstood."

Renowned Creature Features host John Stanley returns from the future (or is it the past?) with his sexy space-girl sidekick "Cosmonauti" to save Mr. Lobo's show from certain doom and present War of the Planets, a movie that will challenge even the most diehard Cinesomniacs to stay awake! Part of a swiftly-made series of films from Italy designed to cash in on the success of the first Star Wars, director Alfonso Brescia (here billed with the badly Americanized name "Al Bradly") was tasked with re-capturing what made George Lucas's supreme space adventure a hit. Of course, he got almost everything wrong. Plus there's the overly repetitive use of the strangely whispered theme song "We Are Not Alone Here in Space" which will have you straining your ears just to understand the lyrics! This episode features the original version of Cosmonauti (henceforth dubbed "Cosmonauti Prime") played by bikini model Stephanie Hyden and is directed by Ernie Fosselius of Hardware Wars fame. And of course, there's the usual wacky hijinks, vintage trailers, drive-in snack bar ads, vomit-inducing recipes, retro commercials, and web junk from the strangest corners of the Internet!