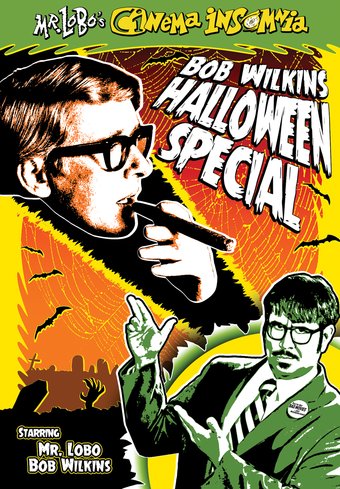 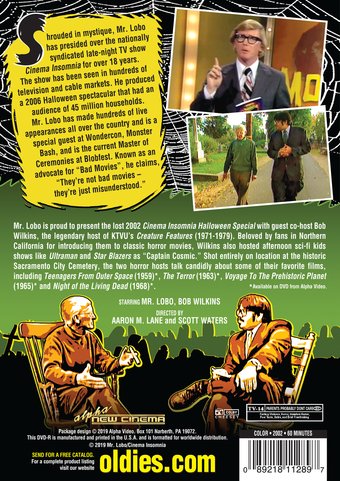 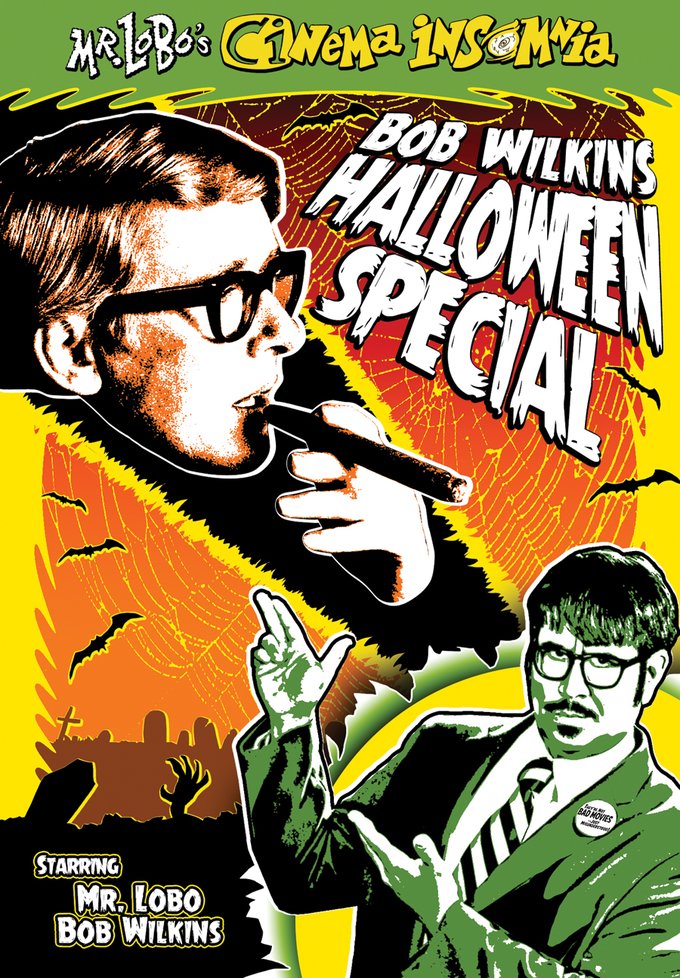 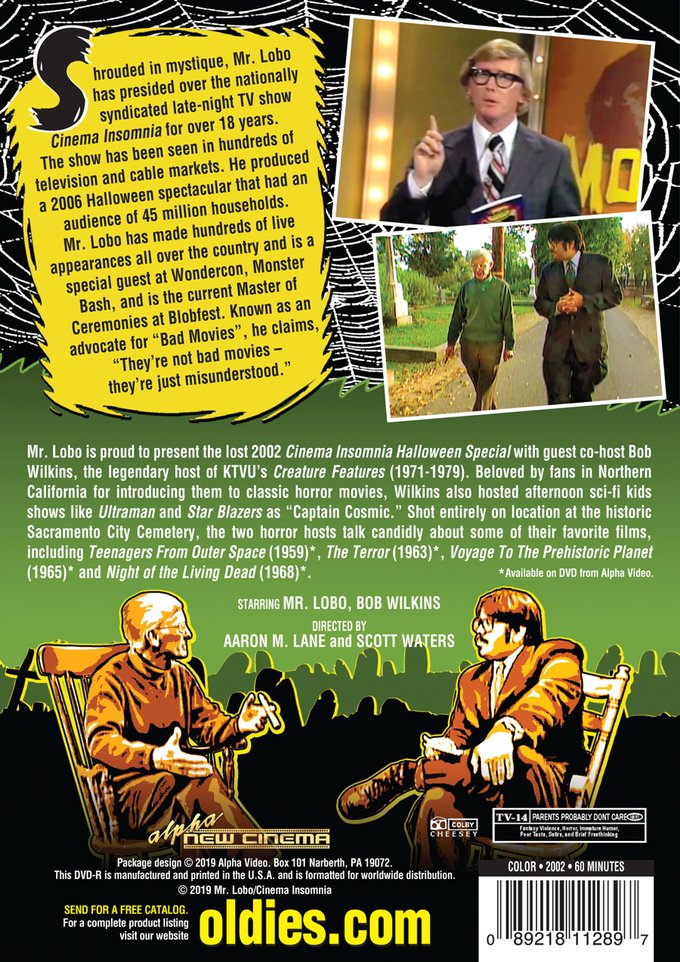 Shrouded in mystique, Mr. Lobo has presided over the nationally syndicated late-night TV show Cinema Insomnia for over 18 years. The show has been seen in hundreds of television and cable markets. He produced a 2006 Halloween spectacular that had an audience of 45 million households. Mr. Lobo has made hundreds of live appearances all over the country and is a special guest at Wondercon, Monster Bash, and is the current Master of Ceremonies at Blobfest. Known as an advocate for "Bad Movies", he claims, "They're not bad movies – they're just misunderstood."

Mr. Lobo is proud to present the lost 2002 Cinema Insomnia Halloween Special with guest co-host Bob Wilkins, the legendary host of KTVU's Creature Features (1971-1979). Beloved by fans in Northern California for introducing them to classic horror movies, Wilkins also hosted afternoon sci-fi kids shows like Ultraman and Star Blazers as "Captain Cosmic." Shot entirely on location at the historic Sacramento City Cemetery, the two horror hosts talk candidly about some of their favorite films, including Teenagers From Outer Space (1959), The Terror (1963), Voyage To The Prehistoric Planet (1965) and Night of the Living Dead (1968).


I've been s fan of Bob Wilkins Creature Features since the mid 70s.. This heartfelt tribute by Mr. Lobo, perfectly captures the warmth and wit of Bob Wilkins. The scenes shared by Bob and Mr.Lobo are priceless! And the extras, featuring out takes, and behind the scenes Hijinx are bound to warm the hearts of any die-hard fans of Bob Wilkins. It is immediately apparent that Mr. Lobo is without a doubt, the biggest Bob Wilkins fans of all !


Mr Lobo is both a scholar and practitioner of the Horror Hosting arts!