The host of 'Cinema Insomnia', Mr. Lobo, presents the 1964 holiday cult classic, 'Santa Claus Conquers The Martians', in which Kris Kringle does battle with Little Green Men from the Red Planet. 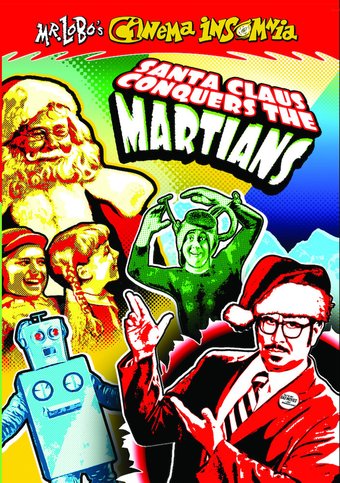 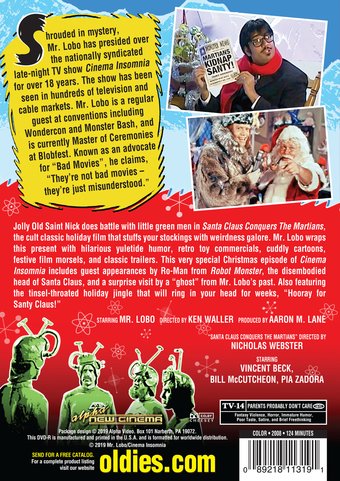 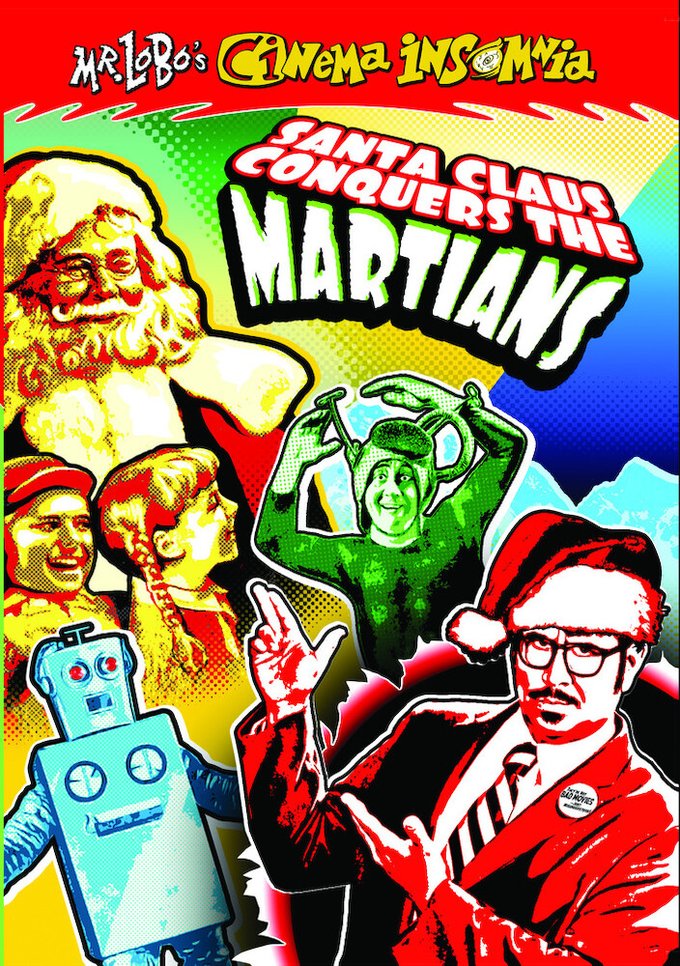 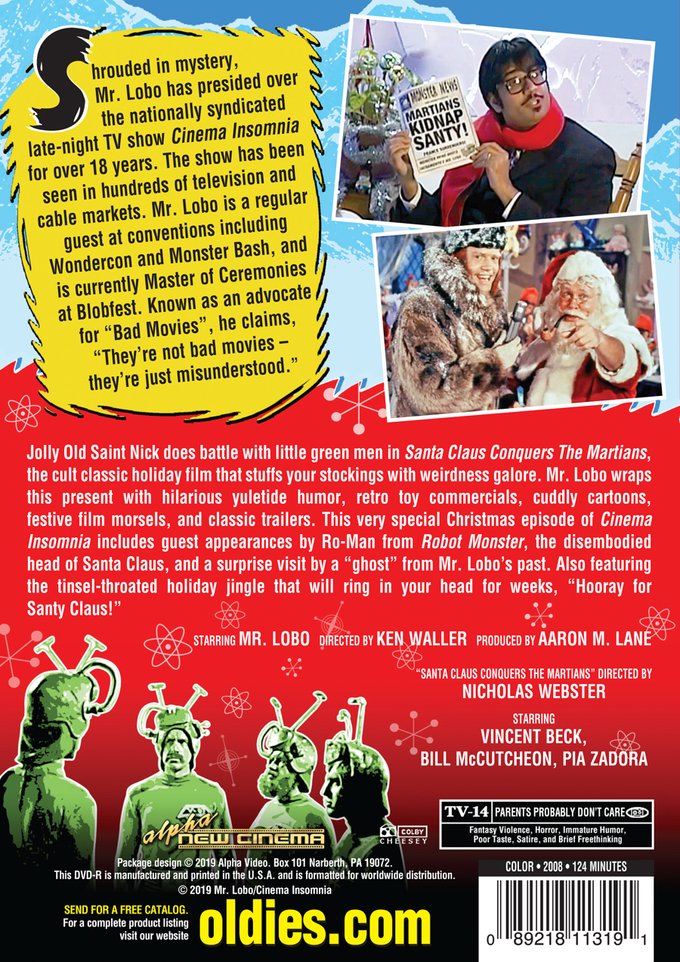 Shrouded in mystery, Mr. Lobo has presided over the nationally syndicated late-night TV show Cinema Insomnia for over 18 years. The show has been seen in hundreds of television and cable markets. Mr. Lobo is a regular guest at conventions including Wondercon and Monster Bash, and is currently Master of Ceremonies at Blobfest. Known as an advocate for "Bad Movies", he claims, "They're not bad movies – they're just misunderstood."

Jolly Old Saint Nick does battle with little green men in Santa Claus Conquers The Martians, the cult classic holiday film that stuffs your stockings with weirdness galore. Mr. Lobo wraps this present with hilarious yuletide humor, retro toy commercials, cuddly cartoons, festive film morsels, and classic trailers. This very special Christmas episode of Cinema Insomnia includes guest appearances by Ro-Man from Robot Monster, the disembodied head of Santa Claus, and a surprise visit by a "ghost" from Mr. Lobo's past. Also featuring the tinsel-throated holiday jingle that will ring in your head for weeks, "Hooray for Santy Claus!"


As a long time C.I. fan, it's nice to have something to watch at Xmas!