Mr. Lobo presents 'The Atomic Brain', the bizarre 1963 horror movie about a spinster who plots with a mad scientist to put her brain into the body of a sexy young woman. 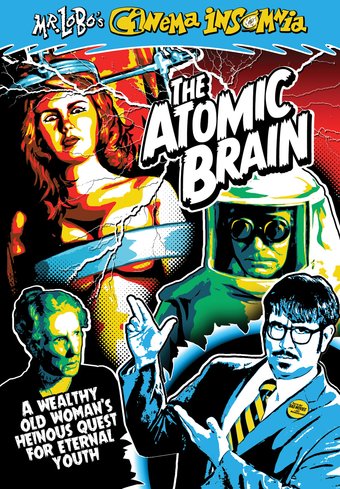 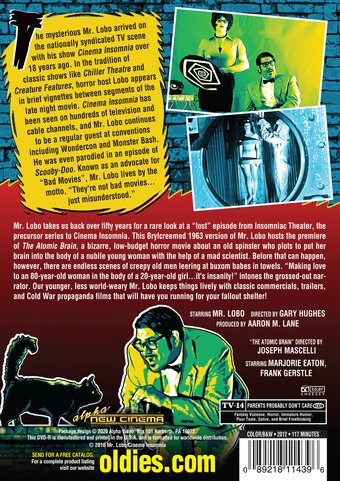 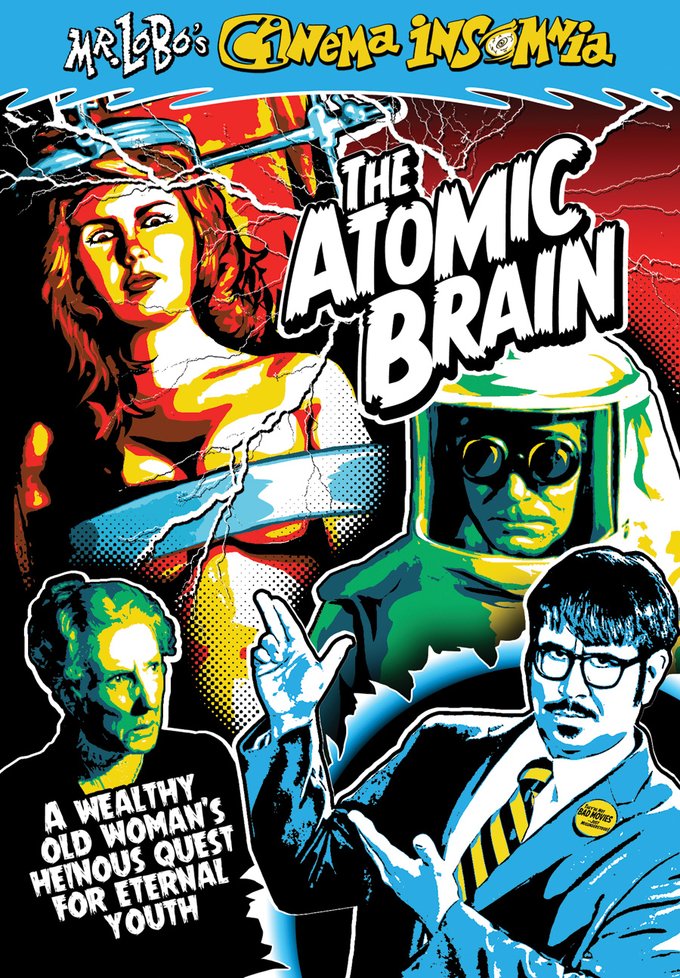 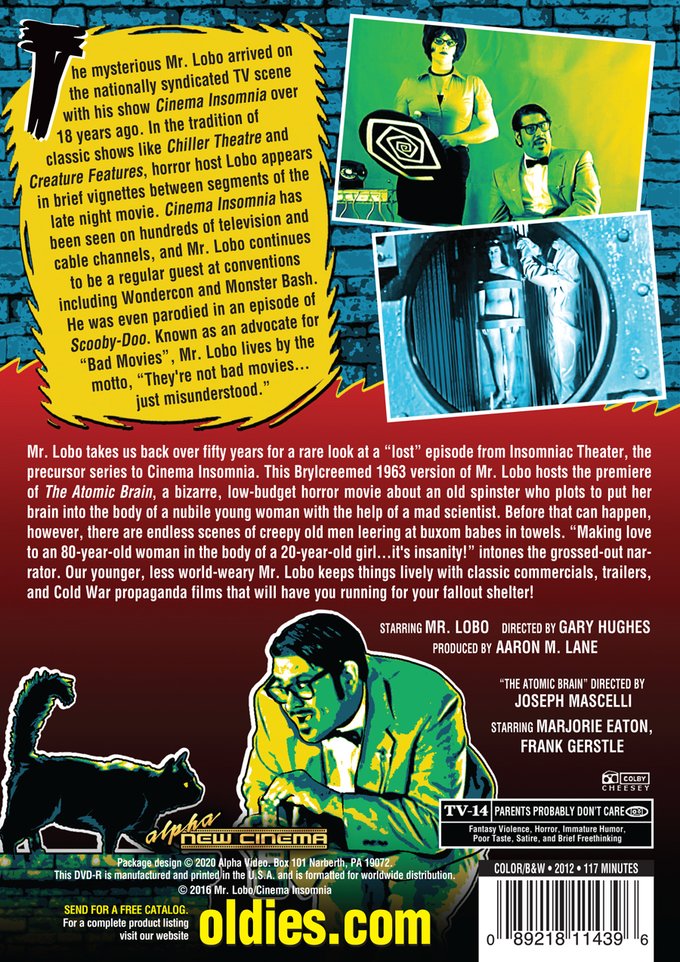 The mysterious Mr. Lobo arrived on the nationally syndicated TV scene with his show Cinema Insomnia over 18 years ago. In the tradition of classic shows like Chiller Theatre and Creature Features, horror host Lobo appears in brief vignettes between segments of the late night movie. Cinema Insomnia has been seen on hundreds of television and cable channels, and Mr. Lobo continues to be a regular guest at conventions including Wondercon and Monster Bash. He was even parodied in an episode of Scooby-Doo. Known as an advocate for "Bad Movies", Mr. Lobo lives by the motto, "They're not bad movies...just misunderstood."

Mr. Lobo takes us back over fifty years for a rare look at a "lost" episode from Insomniac Theater, the precursor series to Cinema Insomnia. This Brylcreemed 1963 version of Mr. Lobo hosts the premiere of The Atomic Brain, a bizarre, low-budget horror movie about an old spinster who plots to put her brain into the body of a nubile young woman with the help of a mad scientist. Before that can happen, however, there are endless scenes of creepy old men leering at buxom babes in towels. "Making love to an 80-year-old woman in the body of a 20-year-old girl...it's insanity!" intones the grossed-out narrator. Our younger, less world-weary Mr. Lobo keeps things lively with classic commercials, trailers, and Cold War propaganda films that will have you running for your fallout shelter!