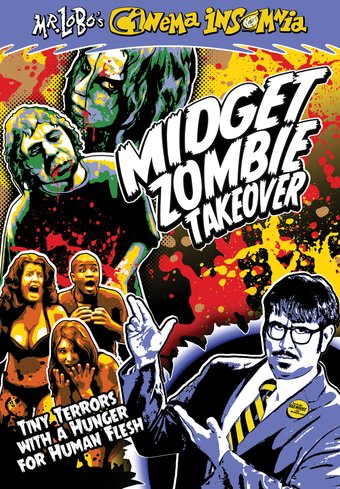 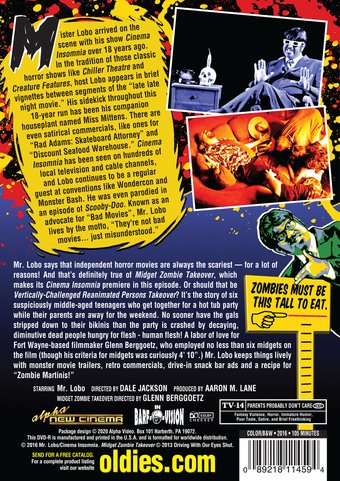 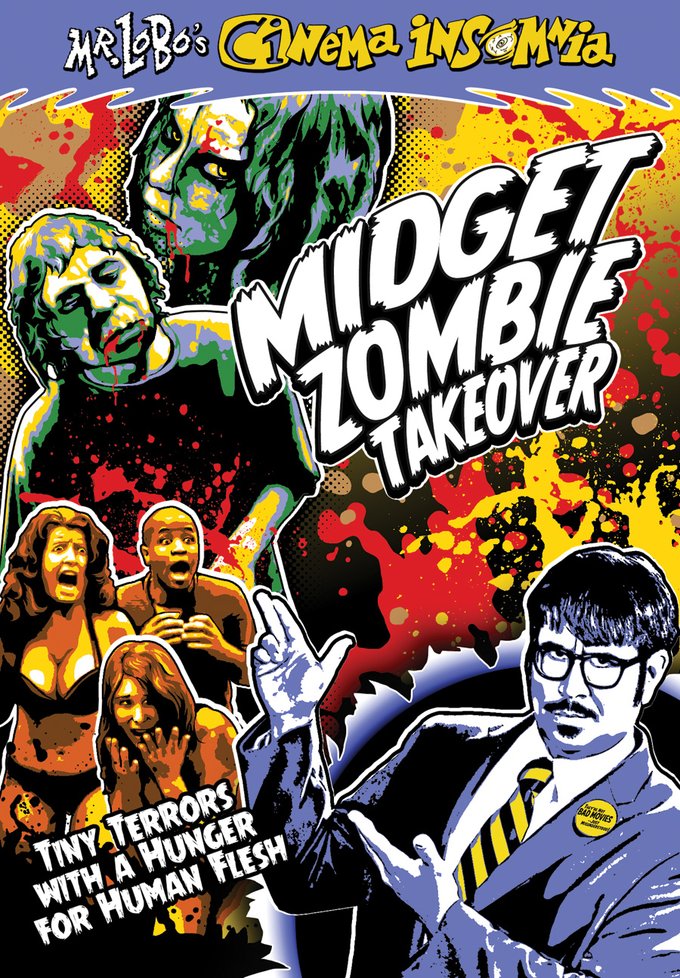 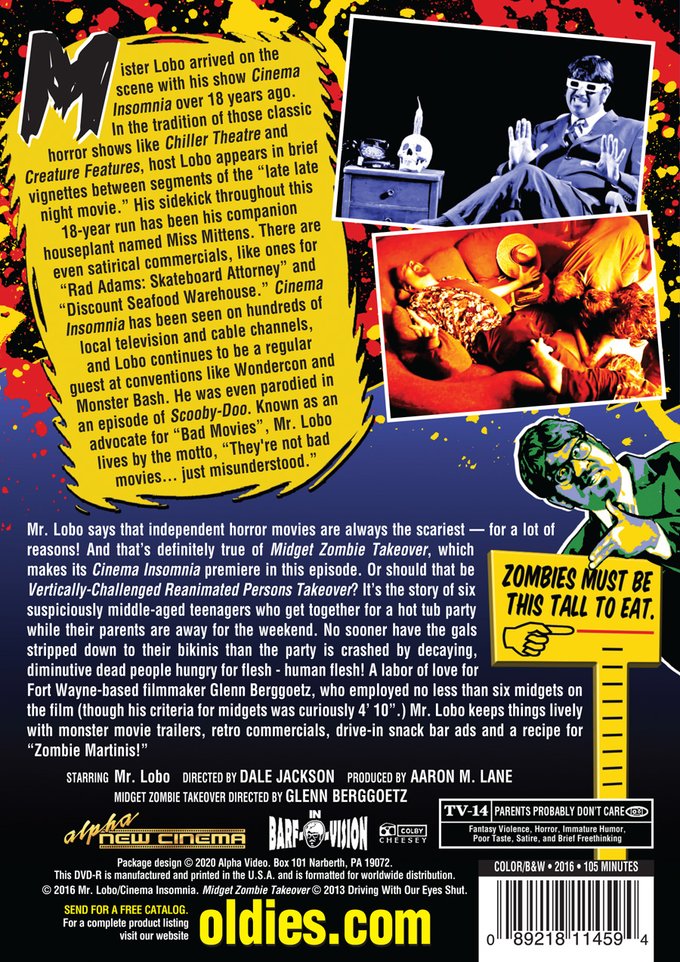 Mr. Lobo arrived on the scene with his show Cinema Insomnia over 18 years ago. In the tradition of those classic horror shows like Chiller Theatre and Creature Features, host Lobo appears in brief vignettes between segments of the “late late night movie.” His sidekick throughout this 18-year run has been his companion houseplant named Miss Mittens. There are even satirical commercials, like ones for “Rad Adams: Skateboard Attorney” and “Discount Seafood Warehouse.” Cinema Insomnia has been seen on hundreds of local television and cable channels, and Lobo continues to be a regular guest at conventions like Wondercon and Monster Bash. He was even parodied in an episode of Scooby-Doo. Known as an advocate for "Bad Movies", Mr. Lobo lives by the motto, "They're not bad movies...just misunderstood."

Mr. Lobo says that independent horror movies are always the scariest - for a lot of reasons! And that’s definitely true of Midget Zombie Takeover, which makes its Cinema Insomnia premiere in this episode. Or should that be “Vertically-Challenged Reanimated Persons Takeover”? It’s the story of six suspiciously middle-aged teenagers who get together for a hot tub party while their parents are away for the weekend. No sooner have the gals stripped down to their bikinis than the party is crashed by decaying, diminutive dead people hungry for flesh - human flesh! A labor of love for Fort Wayne-based filmmaker Glenn Berggoetz, who employed no less than six midgets on the film (though his criteria for midgets was curiously 4’ 10”.) Mr. Lobo keeps things lively with monster movie trailers, retro commercials, drive-in snack bar ads and a recipe for “Zombie Martinis!”