Mr. Lobo presents, for the first time anywhere, the fabled lost underground feature Xenia: Priestess of Night...the tale of a beautiful belly dancing vampire who preys on men in a search for immortality. 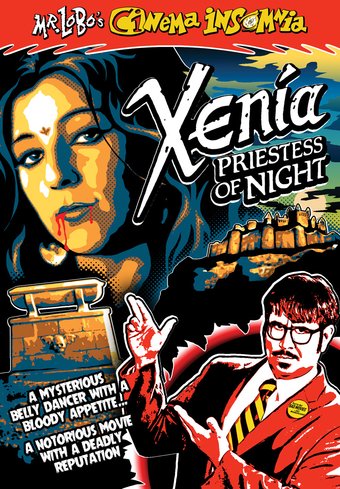 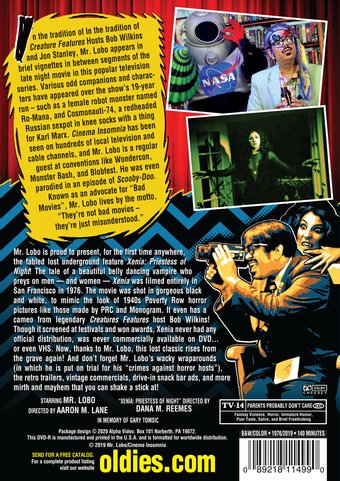 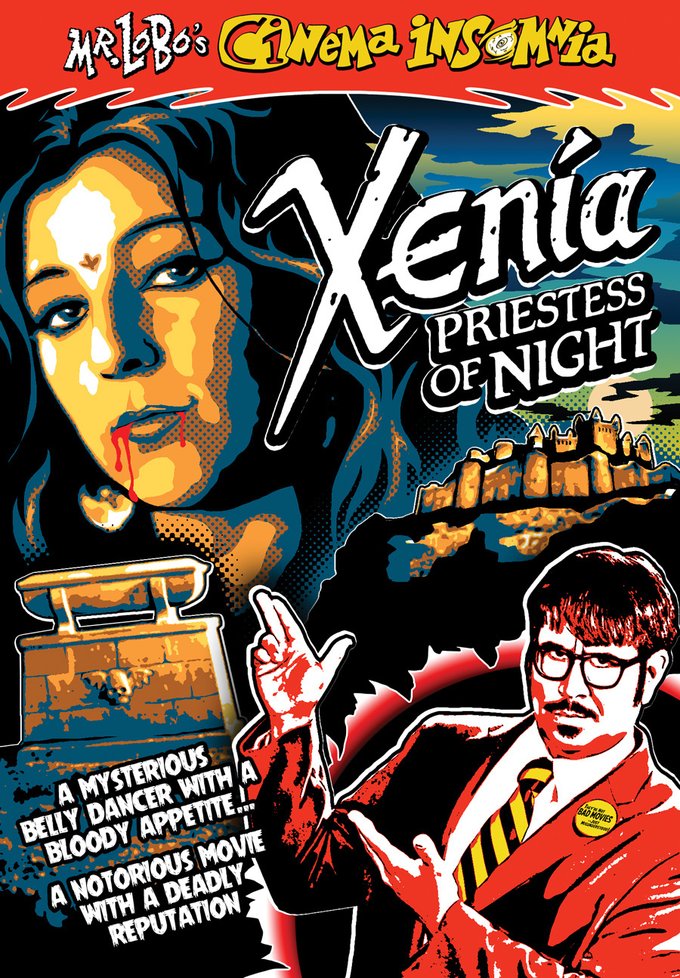 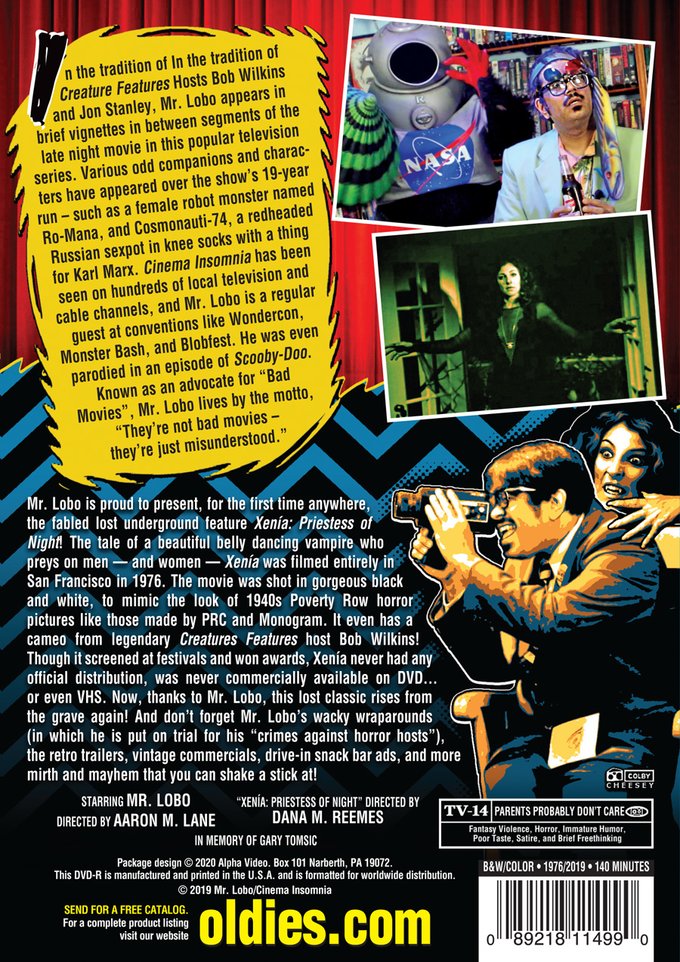 MR. LOBO'S CINEMA INSOMNIA: In the tradition of classic horror hosts like Zacherley and Svengoolie, Mr. Lobo appears in brief vignettes in between segments of the late night movie in this popular television series. Various odd companions and characters have appeared over the show's 18-year run – such as a female robot monster named Ro-Mana, and Cosmonauti-74, a redheaded Russian sexpot in knee socks with a thing for Karl Marx. Cinema Insomnia has been seen on hundreds of local television and cable channels, and Mr. Lobo is a regular guest at conventions like Wondercon, Monster Bash, and Blobfest. He was even parodied in an episode of Scooby-Doo. Known as an advocate for "Bad Movies", Mr. Lobo lives by the motto, "They're not bad movies...just...misunderstood."

Mr. Lobo is proud to present, for the first time anywhere, the fabled lost underground feature Xenia: Priestess of Night! The tale of a beautiful belly dancing vampire who preys on men - and women - Xenia was filmed entirely in San Francisco in 1976. The movie was shot in gorgeous black and white, to mimic the look of 1940s Poverty Row horror pictures like those made by PRC and Monogram. It even has a cameo from legendary Creatures Features host Bob Wilkins! Though it screened at festivals and won awards, Xenia never had any official distribution, was never commercially available on DVD...or even VHS. Now, thanks to Mr. Lobo, this lost classic rises from the grave again! And don't forget Mr. Lobo's wacky wraparounds (in which he is put on trial for his "crimes against horror hosts"), the retro trailers, vintage commercials, drive-in snack bar ads, and more mirth and mayhem that you can shake a stick at!

Great Show and Fun To Collect! Movie Lover: ALBERT DEGEETER from MISHAWAKA, IN US -- September, 3, 2020


Hey Gang... Mister Al here. I just got this DVD (along with a few others because I can't ever order just 1) in the mail today and I'm more than satisfied. Packaging was well cared for with plenty of bubble-wrap and tape on the outside of the box to keep my movies safe. This DVD, Mr. Lobo's Cinema Insomnia: Xenia: Priestess of Night, was especially a thrill for me because I'd never seen it before. Now I'm not going to spoil the show, you'll have to watch, but the sound and recording-quality were over the top in my opinion. Even paused. It was like I was watching a Blu-ray or 4k or better ...and the quality didn't fade or phase throughout, it was consistently good so this company sure knows what they're doing. Mr. Lobo DVD's are great fun and I hope, not only I, but all of you, can collect and share them with friends and at movie parties and everywhere good times can be had. And I hope there's a hundred more releases, too, because I've already written OLDIES on the face of my credit card with a Sharpie and I intend to buy each and every one of Mr. Lobo's Cinema Insomnia DVD releases.