Run for the Hills

This off-beat comedy stars Sonny Tufts and Barbara Payton as a typical 50s couple who "go native" after fears of nuclear war drive them to hide in an underground cave. 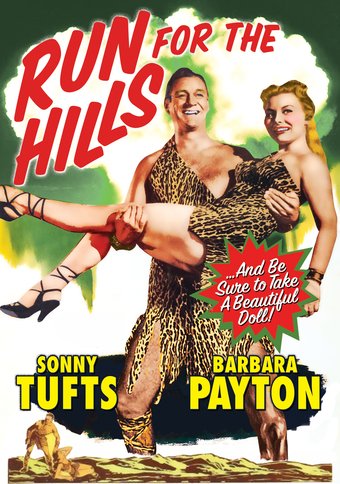 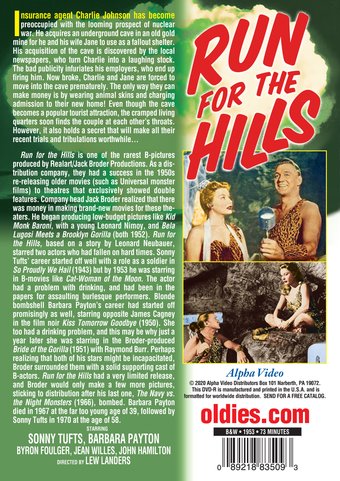 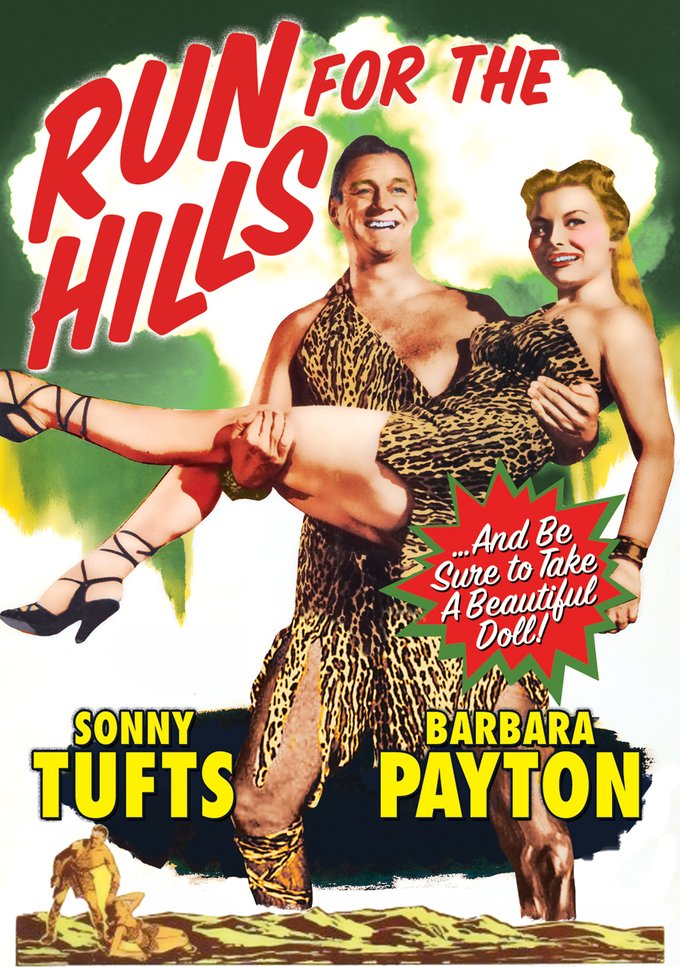 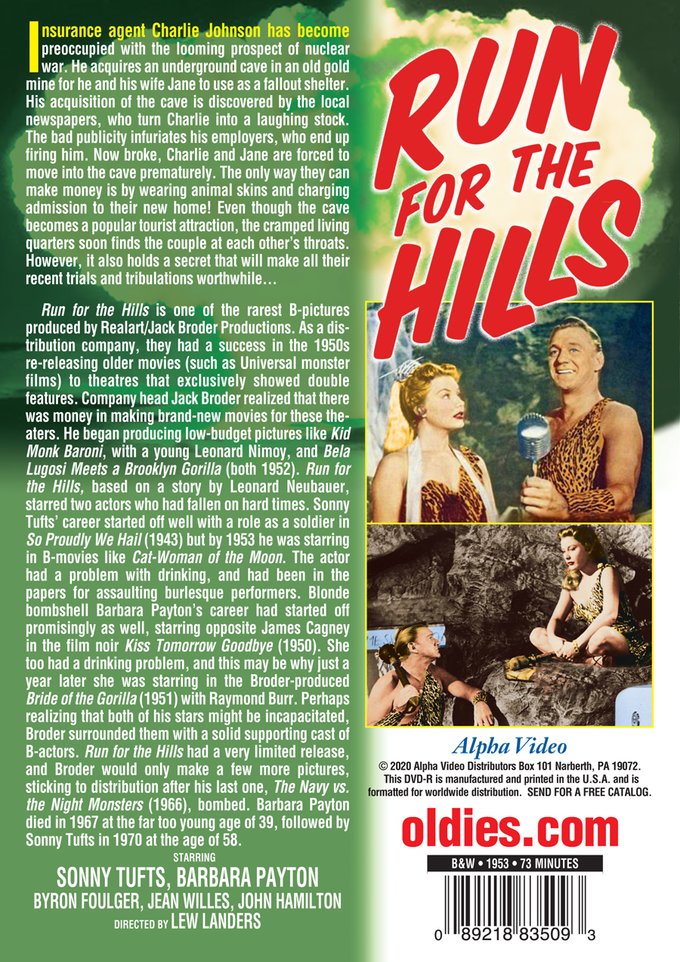 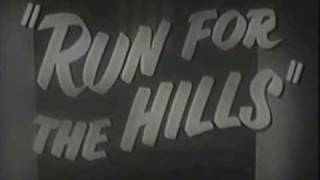 RUN FOR THE HILLS: Trailer

Insurance agent Charlie Johnson has become preoccupied with the looming prospect of nuclear war. He acquires an underground cave in an old gold mine for he and his wife Jane to use as a fallout shelter. His acquisition of the cave is discovered by the local newspapers, who turn Charlie into a laughing stock. The bad publicity infuriates his employers, who end up firing him. Now broke, Charlie and Jane are forced to move into the cave prematurely. The only way they can make money is by wearing animal skins and charging admission to their new home! Even though the cave becomes a popular tourist attraction, the cramped living quarters soon finds the couple at each other's throats. However, it also holds a secret that will make all their recent trials and tribulations worthwhile...

Run for the Hills is one of the rarest B-pictures produced by Realart/Jack Broder Productions. As a distribution company, they had a great deal of success in the 1950s re-releasing older movies (such as the Universal monster films) to theatres that exclusively showed double features. Company head Jack Broder eventually realized that there was money in making brand-new movies for these double-feature theaters. He began producing low-budget pictures like Kid Monk Baroni, with a young Leonard Nimoy, and Bela Lugosi Meets a Brooklyn Gorilla (both 1952). Run for the Hills, based on a story by Leonard Neubauer, starred two actors who had recently fallen on hard times. Sonny Tufts' career started off well with a role as one of the soldiers in So Proudly We Hail (1943) but by 1953 he was starring in B-movies like Cat-Woman of the Moon. The actor also had a problem with drinking, and had been in the papers more than once for assaulting burlesque performers and strippers. Blonde bombshell Barbara Payton's career had started off promisingly as well, starring opposite James Cagney in the film noir Kiss Tomorrow Goodbye (1950). She too had a drinking problem, and this may be why just a year later she was starring in the Broder-produced Bride of the Gorilla (1951) with Raymond Burr. Perhaps realizing that both of his stars might be incapacitated, Broder surrounded them with a solid supporting cast of B-actors like Jean Willes, Richard Benedict, Byron Foulger, and John Hamilton. Director Lew Landers was also accomplished, with credits including The Raven (1935), The Return of the Vampire (1943) and the Topper TV series (1953-1955). Run for the Hills had a very limited release, and Broder would only make a few more pictures, sticking to distribution after his last one, The Navy vs. the Night Monsters (1966), bombed. Barbara Payton died in 1967 at the far too young age of 39, followed by Sonny Tufts in 1970 at the age of 58.