Four of the rarest RKO comedy shorts starring that master of the "slow burn", Edgar Kennedy, from the collection of John Kirby Carpenter, "The Movie Man!" 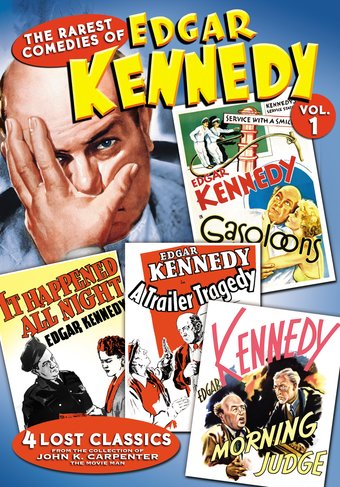 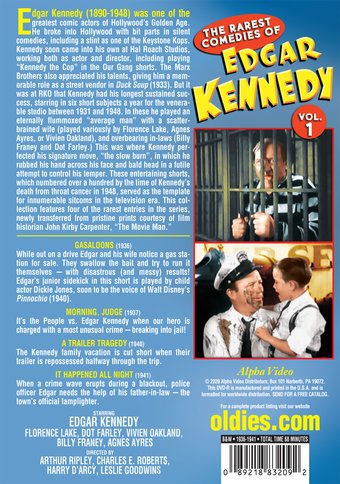 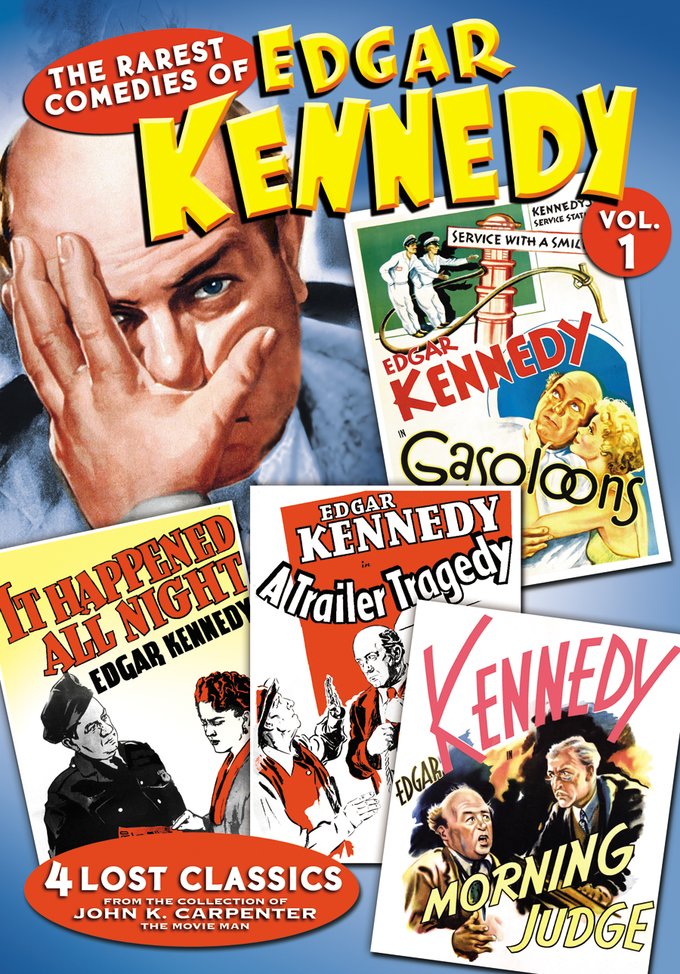 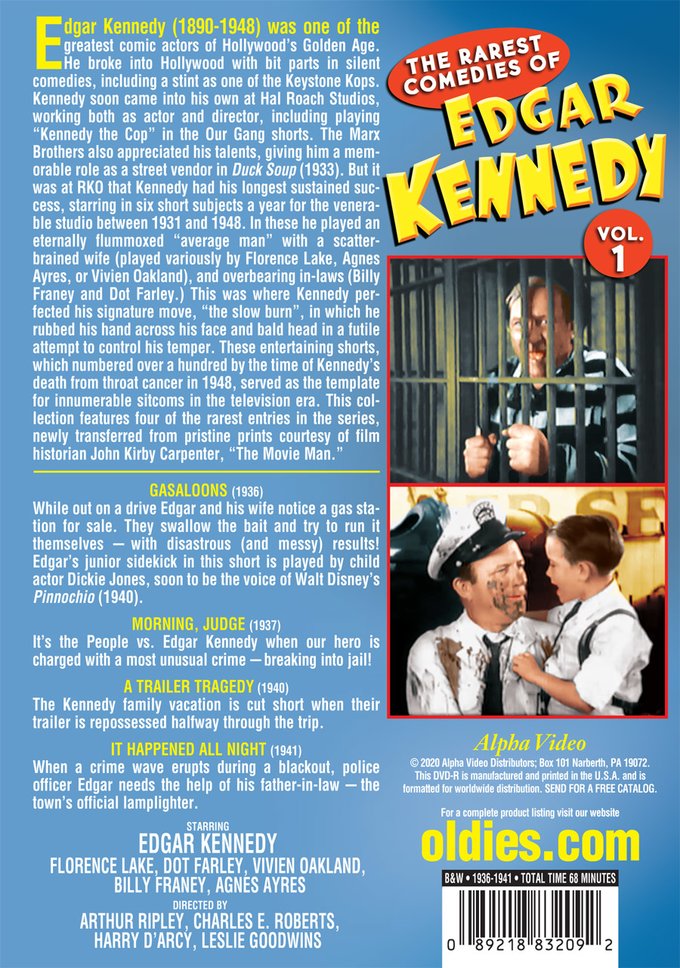 Edgar Kennedy (1890-1948) was one of the greatest comic actors of Hollywood's Golden Age. He broke into Hollywood with bit parts in silent comedies, including a stint as one of the Keystone Kops. Kennedy soon came into his own at Hal Roach Studios, working both as actor and director, including playing "Kennedy the Cop" in the Our Gang shorts. The Marx Brothers also appreciated his talents, giving him a memorable role as a street vendor in Duck Soup (1933). But it was at RKO that Kennedy had his longest sustained success, starring in six short subjects a year for the venerable studio between 1931 and 1948. In these he played an eternally flummoxed "average man" with a scatterbrained wife (played variously by Florence Lake, Agnes Ayres, or Vivien Oakland), and overbearing in-laws (Billy Franey and Dot Farley.) This was where Kennedy perfected his signature move, "the slow burn", in which he rubbed his hand across his face and bald head in a futile attempt to control his temper. These entertaining shorts, which numbered over a hundred by the time of Kennedy's death from throat cancer in 1948, served as the template for innumerable sitcoms in the television era. This collection features four of the rarest entries in the series, newly transferred from pristine prints courtesy of film historian John Kirby Carpenter, "The Movie Man."

GASALOONS (1936): While out on a drive Edgar and his wife notice a gas station for sale. They swallow the bait and try to run it themselves - with disastrous (and messy) results! Edgar's junior sidekick in this short is played by child actor Dickie Jones, soon to be the voice of Walt Disney's Pinnochio (1940).

MORNING, JUDGE (1937): It's the People vs. Edgar Kennedy when our hero is charged with a most unusual crime - breaking into jail!

A TRAILER TRAGEDY (1940): The Kennedy family vacation is cut short when their trailer is repossessed halfway through the trip.

IT HAPPENED ALL NIGHT (1941): When a crime wave erupts during a blackout, police officer Edgar needs the help of his father-in-law - the town's official lamplighter.