Two struggling movie producers try to put together a big-budget extravaganza with the help of a madcap Mexican heiress in this charming musical with a Busby Berkeley influence. 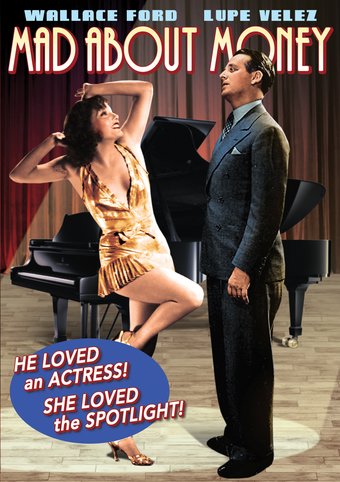 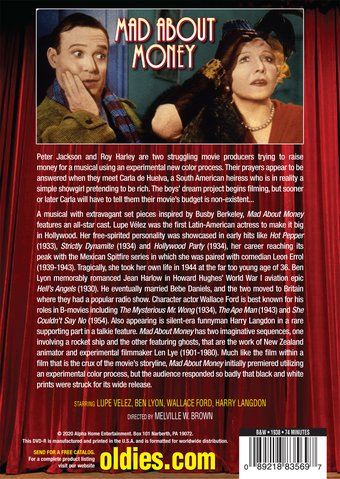 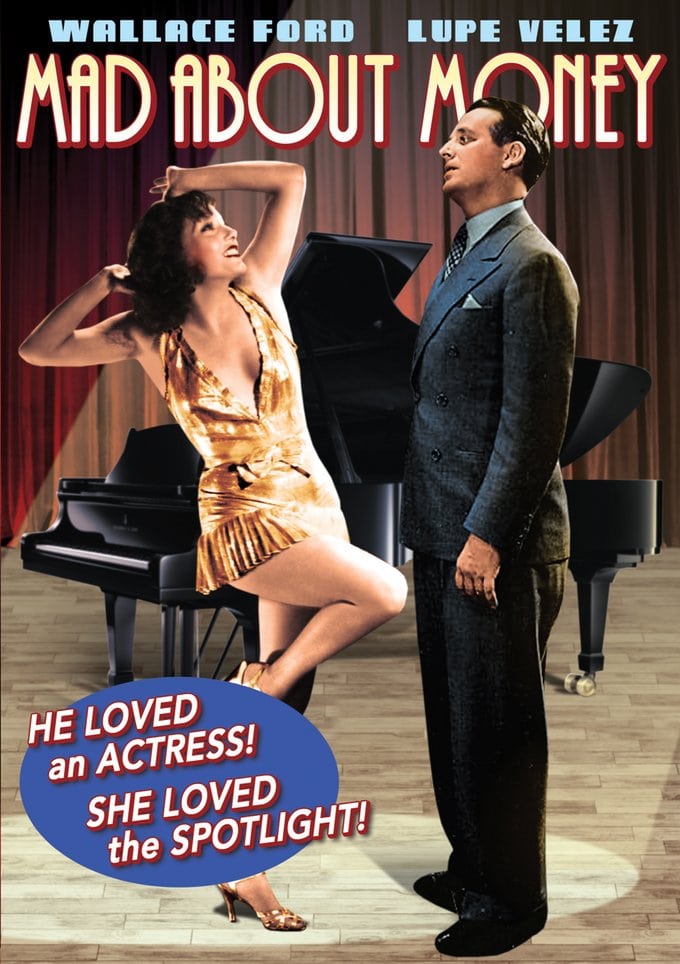 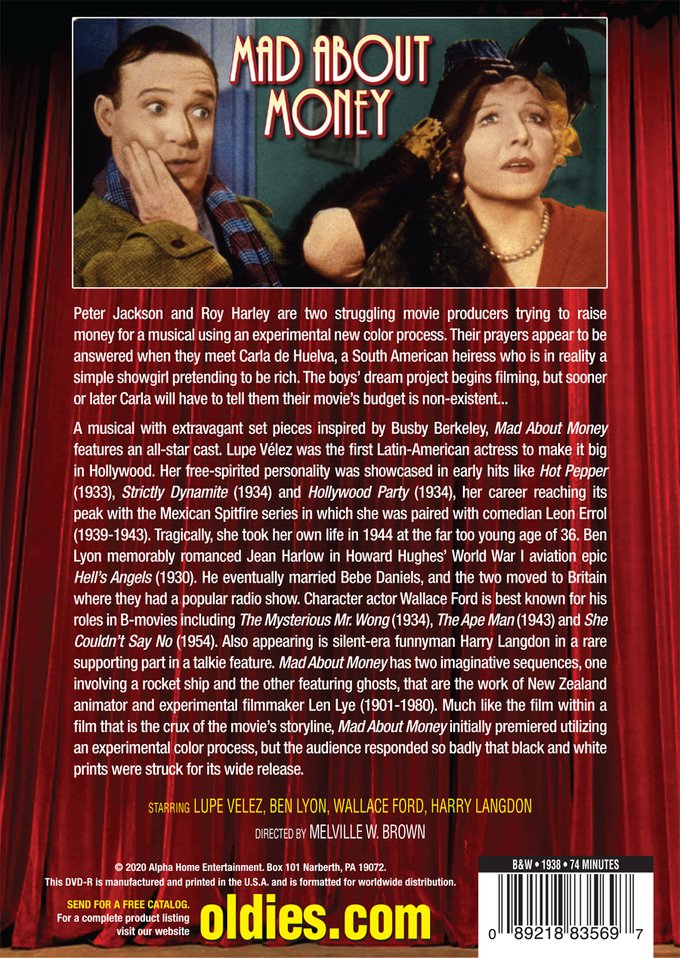 Peter Jackson and Roy Harley are two struggling movie producers trying to raise money for a musical using an experimental new color process. Their prayers appear to be answered when they meet Carla de Huelva, a South American heiress who is in reality a simple showgirl pretending to be rich. The boys' dream project begins filming, but sooner or later Carla will have to tell them their movie's budget is non-existent...

A musical with extravagant set pieces inspired by Busby Berkeley, Mad About Money features an all-star cast. Lupe Vélez was the first Latin-American actress to make it big in Hollywood. Her free-spirited personality was showcased in early hits like Hot Pepper (1933), Strictly Dynamite (1934) and Hollywood Party (1934), her career reaching its peak with the Mexican Spitfire series in which she was paired with comedian Leon Errol (1939-1943). Tragically she took her own life in 1944 at the far too young age of 36. Ben Lyon memorably romanced Jean Harlow in Howard Hughes' World War I aviation epic Hell's Angels (1930). He eventually married Bebe Daniels, and the two moved to Britain where they had a popular radio show. Character actor Wallace Ford is best known for his roles in B-movies including The Mysterious Mr. Wong (1934), The Ape Man (1943) and She Couldn't Say No (1954). Also appearing is silent-era funnyman Harry Langdon in a rare supporting part in a talkie feature. Mad About Money has two imaginative sequences, one involving a rocket ship and the other featuring ghosts, that are the work of New Zealand animator and experimental filmmaker Len Lye (1901-1980). Much like the film within a film that is the crux of the movie's storyline, Mad About Money initially premiered utilizing an experimental color process, but the audience responded so badly that black and white prints were struck for its wide release.