From Nine to Nine

A cast of strange characters are all under suspicion for murder in this stylish mystery directed by B-movie auteur Edgar G. Ulmer. 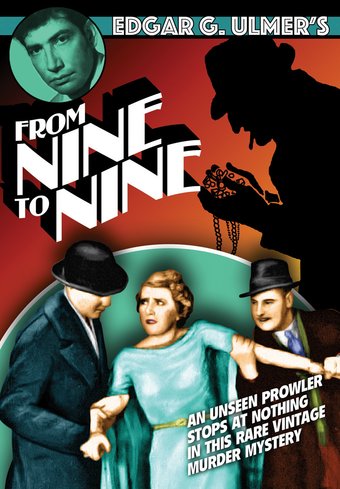 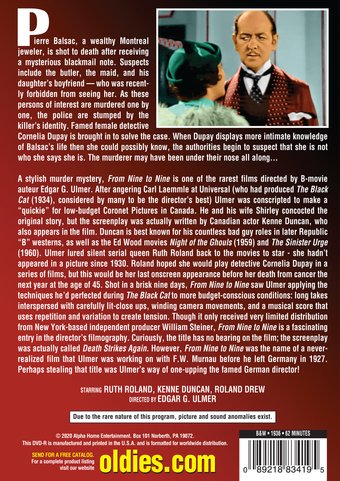 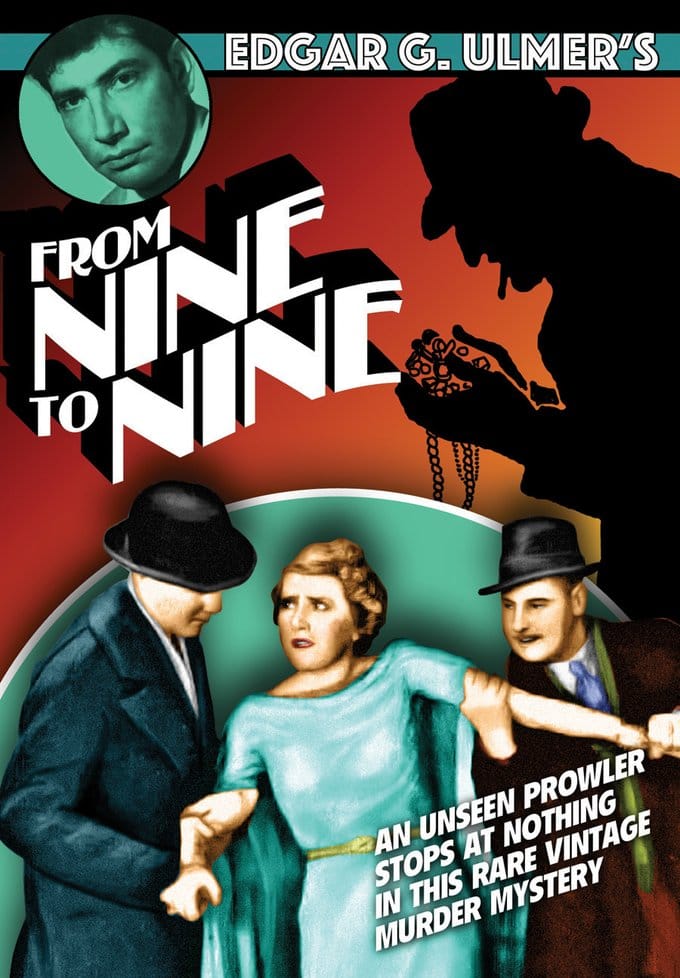 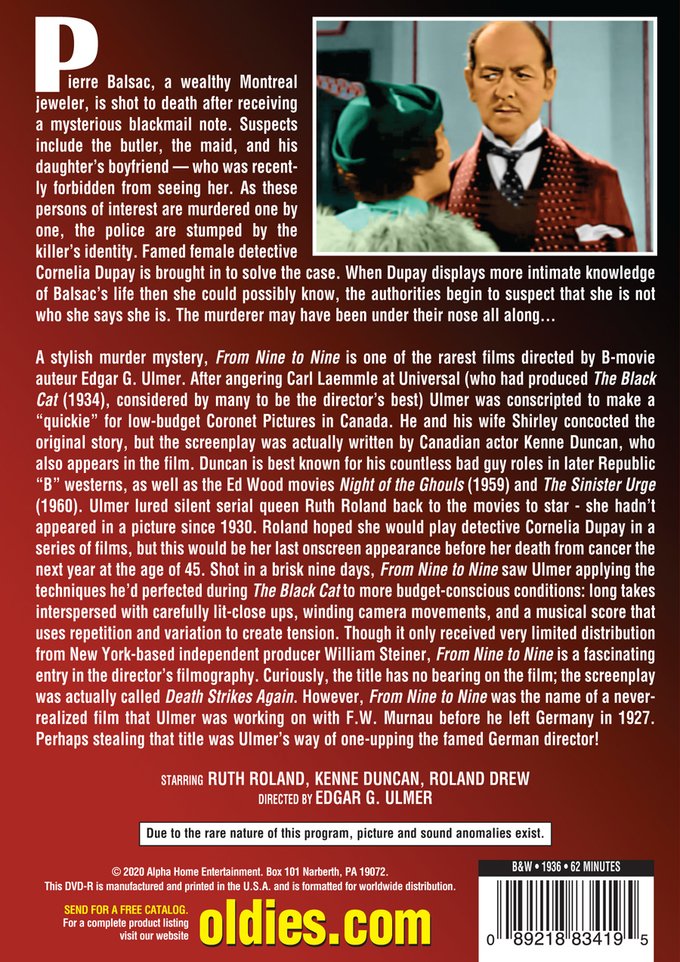 Pierre Balsac, a wealthy Montreal jeweler, is shot to death after receiving a mysterious blackmail note. Suspects include the butler, the maid, and his daughter's boyfriend - who was recently forbidden from seeing her. As these persons of interest are murdered one by one, the police are stumped by the killer's identity. Famed female detective Cornelia Dupay is brought in to solve the case. When Dupay displays more intimate knowledge of Balsac's life then she could possibly know, the authorities begin to suspect that she is not who she says she is. The murderer may have been under their nose all along...

A stylish murder mystery, From Nine to Nine is one of the rarest films directed by B-movie auteur Edgar G. Ulmer. After angering Carl Laemmle at Universal (who had produced The Black Cat (1934), considered by many to be the director's best) Ulmer was conscripted to make a "quickie" for low-budget Coronet Pictures in Canada. He and his wife Shirley concocted the original story, but the screenplay was actually written by Canadian actor Kenne Duncan, who also appears in the film. Duncan is best known for his countless bad guy roles in later Republic "B" westerns, as well as the Ed Wood movies Night of the Ghouls (1959) and The Sinister Urge (1960). Ulmer lured silent serial queen Ruth Roland back to the movies to star - she hadn't appeared in a picture since 1930. Roland hoped she would play detective Cornelia Dupay in a series of films, but this would be her last onscreen appearance before her death from cancer the next year at the age of 45. Shot in a brisk nine days, From Nine to Nine saw Ulmer applying the techniques he'd perfected during The Black Cat to more budget-conscious conditions: long takes interspersed with carefully lit-close ups, winding camera movements, and a musical score that uses repetition and variation to create tension. Though it only received very limited distribution from New York-based independent producer William Steiner, From Nine to Nine is a fascinating entry in the director's filmography. Curiously, the title has no bearing on the film; the screenplay was actually called Death Strikes Again. However, From Nine to Nine was the name of a never-realized film that Ulmer was working on with F.W. Murnau before he left Germany in 1927. Perhaps stealing that title was Ulmer's way of one-upping the famed German director!