A rarely-seen television dramatization of the life of Lou Gehrig, the famed New York Yankees baseball star who lost his life too soon to a debilitating disease. 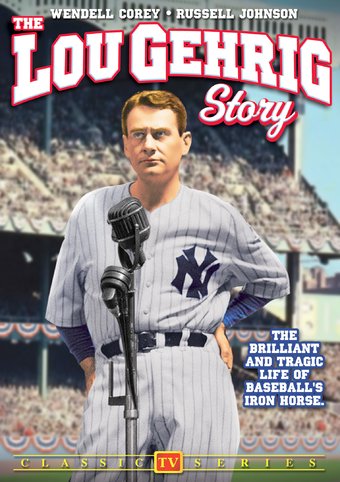 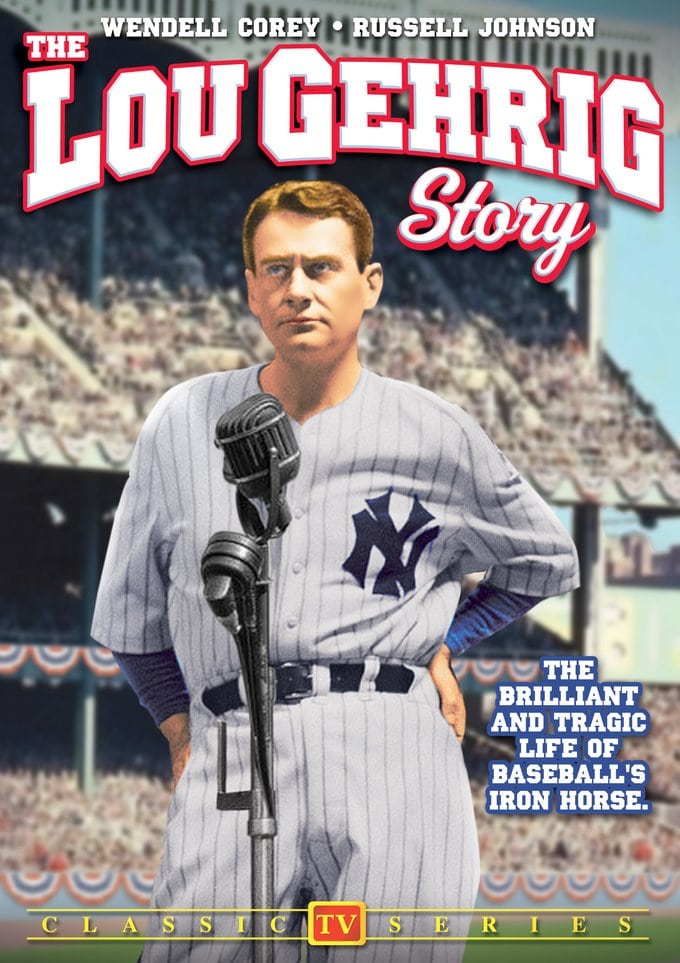 On April 19, 1956, the hour-long anthology series Climax! presented "The Lou Gehrig Story", a dramatization of the life of the famed New York Yankees baseball star. The program focuses almost exclusively on the the first baseman's battle with ALS (Amyotrophic Lateral Sclerosis, now commonly called "Lou Gehrig's Disease.") In heartbreaking scenes, the debilitating illness affects Gehrig's ability to play, forcing him to retire from the game. It concludes with Lou's legendary retirement speech at Yankee Stadium, inventively intercut between the actor portraying Gehrig and archival footage of "The Iron Horse" himself. Gehrig is played by actor Wendell Corey, whose career included roles in classics like Rear Window (1954), The Big Knife (1955) and The Rainmaker (1956). Also featured are several actors that will be instantly familiar to fans of classic television. Stentorian-voiced actor Russell Johnson appeared in sci-fi movies like This Island Earth (1955) and Attack of the Crab Monsters (1957), but is best known for playing The Professor on Gilligan's Island (1964-1967) and its subsequent reunion movies. James Gregory starred in the Depression-era crime drama The Lawless Years (1959-1961). Jean Hagen played Danny Thomas's first wife on Make Room for Daddy (1953-1956), and was also an Academy Award nominee for her supporting role in Singin' in the Rain (1952). Climax! ran on CBS from 1954 to 1958, broadcasting live from Los Angeles, and featured many of Hollywood's biggest stars at the height of their fame. This episode is presented as originally broadcast, complete with vintage car commercials!

Note: Due to the rarity of this kinescope recording, some picture and sound anomalies exist.