Two rare hour-long episodes of this variety show from the early days of television hosted by a pre-'Honeymooners' Jackie Gleason. 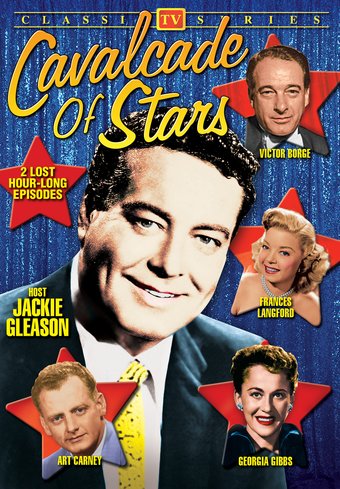 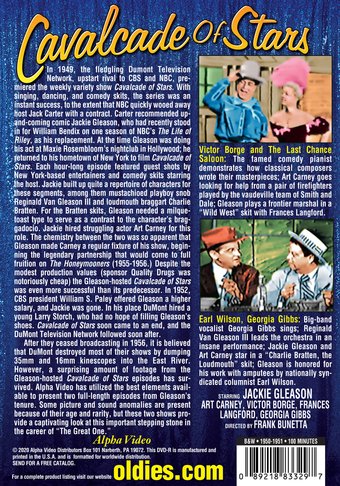 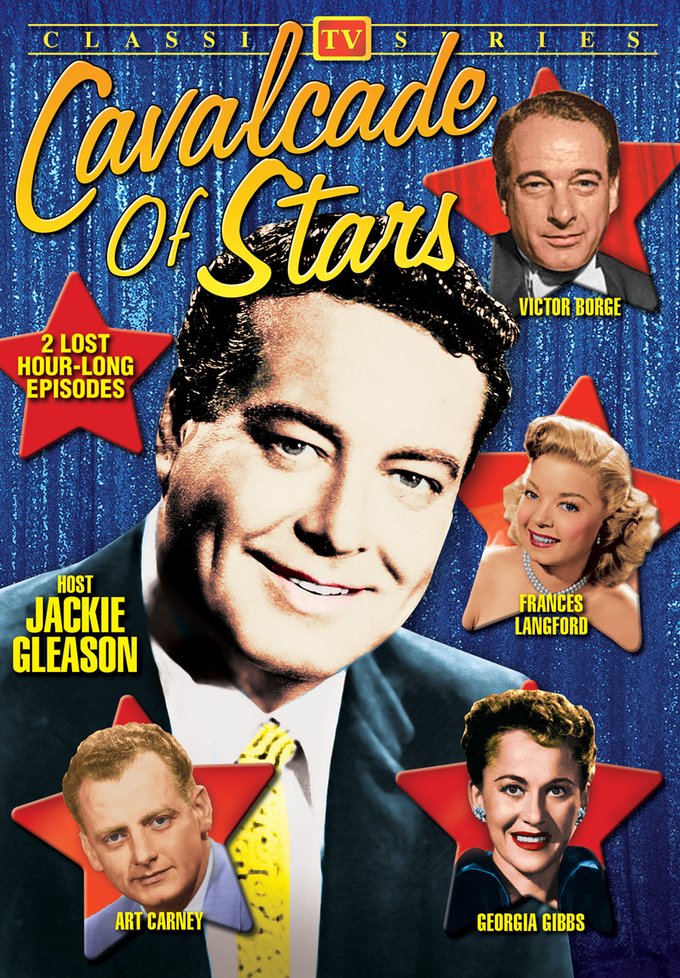 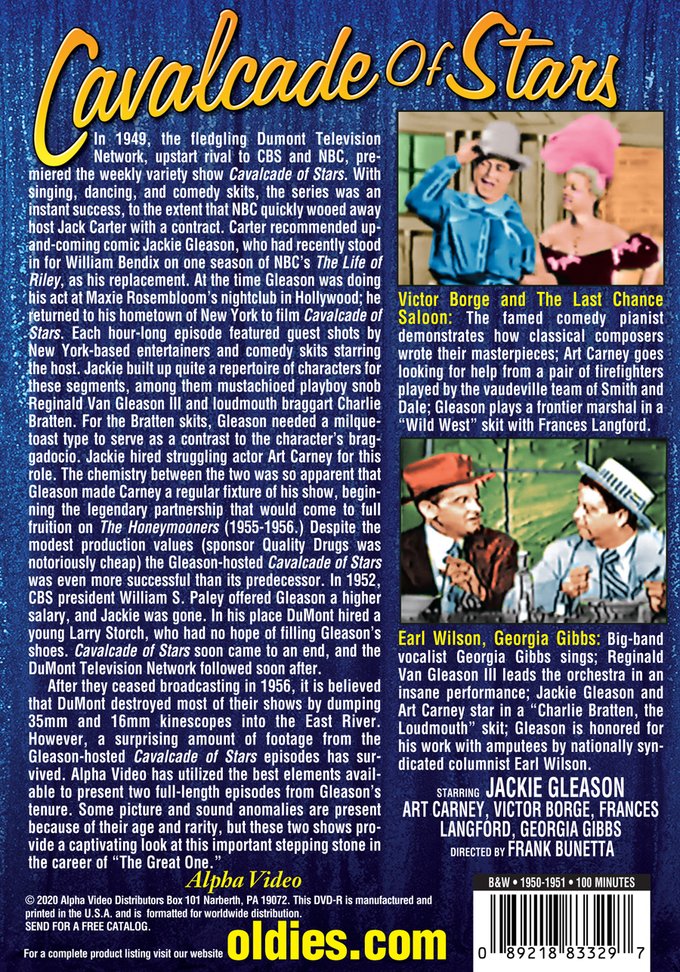 In 1949, the fledgling Dumont Television Network, upstart rival to CBS and NBC, premiered the weekly variety show Cavalcade of Stars. With singing, dancing, and comedy skits, the series was an instant success, to the extent that NBC quickly wooed away host Jack Carter with a contract. Carter recommended up-and-coming comic Jackie Gleason, who had recently stood in for William Bendix on one season of NBC's The Life of Riley, as his replacement. DuMont went with Jerry Lester instead, but when NBC lured him away, too, they finally settled on Gleason. At the time Gleason was doing his act at Maxie Rosembloom's nightclub in Hollywood; he returned to his hometown of New York to film Cavalcade of Stars. Each hour-long episode would start with a monologue from Gleason followed by a musical number featuring the June Taylor Dancers (Gleason would later marry June Taylor's sister), then a succession of guest shots by New York-based entertainers and comedy skits starring the host. Jackie built up quite a repertoire of characters for these segments, among them mustachioed playboy snob Reginald Van Gleason III and loudmouth braggart Charlie Bratten. For the Bratten skits, Gleason needed a milquetoast type to serve as a contrast to the character's braggadocio. Jackie hired struggling actor Art Carney for this role. The chemistry between the two was so apparent that Gleason made Carney a regular fixture of his show, beginning the legendary partnership that would come to full fruition on The Honeymooners (1955-1956.) Despite the modest production values (sponsor Quality Drugs was notoriously cheap) the Gleason-hosted Cavalcade of Stars was even more successful than its predecessors. In 1952, CBS president William S. Paley offered Gleason a higher salary, and Jackie was gone. In his place DuMont hired a young Larry Storch, who had no hope of filling Gleason's shoes. Cavalcade of Stars soon came to an end, and the DuMont Television Network followed soon after.

After they ceased broadcasting in 1956, it is believed that DuMont destroyed most of their shows by dumping 35mm and 16mm kinescopes into the East River. However, a surprising amount of footage from the Gleason-hosted Cavalcade of Stars episodes has survived. Alpha Video has utilized the best elements available to present two full-length episodes from Gleason's tenure. Some picture and sound anomalies are present because of the age and rarity, but these two shows provide a captivating look at this important stepping stone in the career of "The Great One."

Victor Borge and The Last Chance Saloon: The famed comedy pianist demonstrates how classical composers wrote their masterpieces; Art Carney goes looking for help from a pair of firefighters played by the vaudeville team of Smith and Dale; Gleason plays a frontier marshal in a "Wild West" skit with Frances Langford.