Rare TV Comedy of the 50s 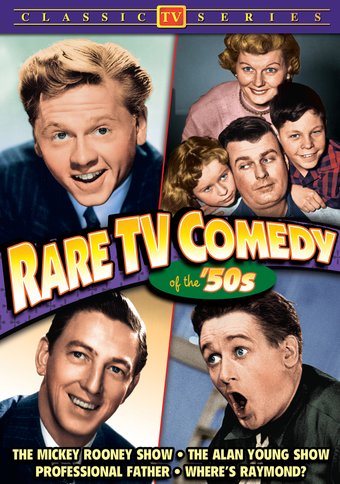 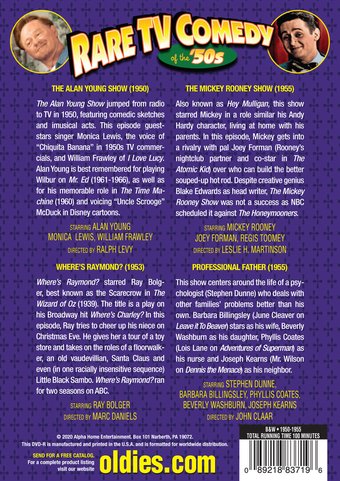 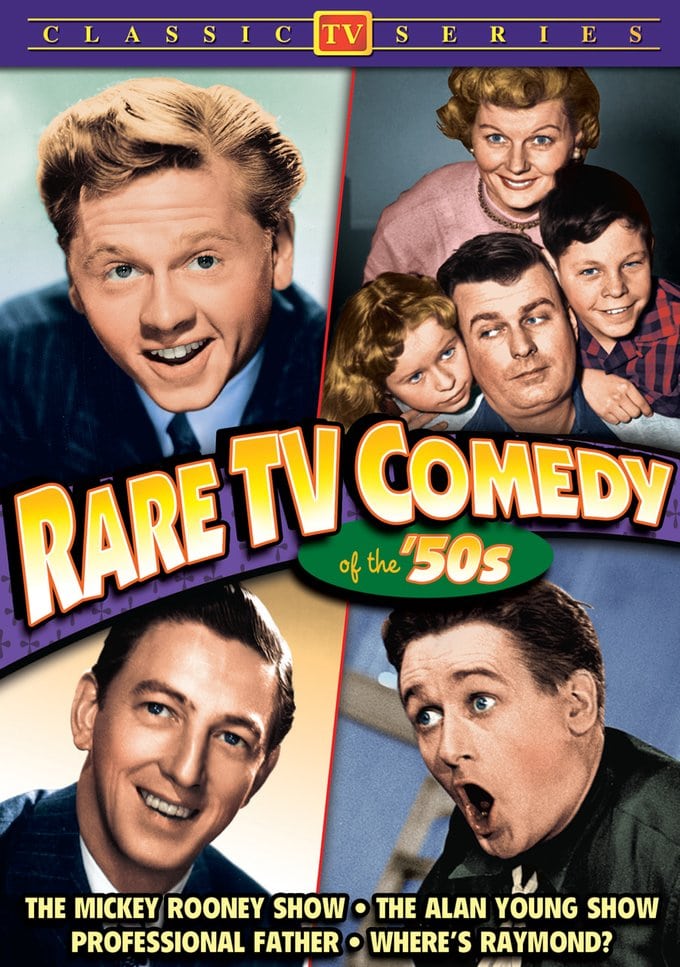 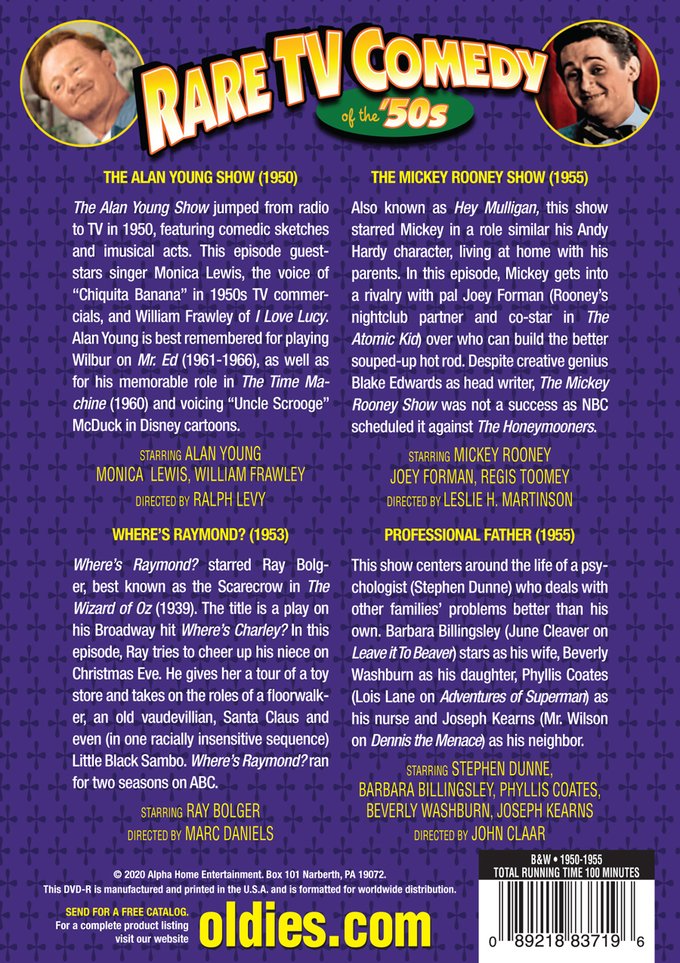 THE ALAN YOUNG SHOW (1950): The Alan Young Show made the jump from radio to TV in 1950, starring the beloved actor-comedian in a variety of comedic sketches and introducing musical acts. This rare example of the series guest-stars singer Monica Lewis, the voice of "Chiquita Banana" in 1950s TV commercials. Also featured is William Frawley, "Fred Mertz" of I Love Lucy fame. Alan Young is of course best remembered for playing Wilbur on Mr. Ed (1961-1966) as well as for his memorable role in The Time Machine (1960) and providing the voice of "Uncle Scrooge" McDuck in decades of Disney cartoons.

WHERE'S RAYMOND? (1953): Where's Raymond? starred famed song-and-dance man Ray Bolger, best known for playing the Scarecrow in The Wizard of Oz (1939). The title was a play on Bolger's Broadway hit Where's Charley? In this episode, "Christmas Spirit", Ray tries to cheer up his lonely little niece on Christmas Eve. He gives her a tour of a toy store and takes on the roles of a floorwalker, an old vaudevillian, Santa Claus and even (in one racially insensitive sequence) Little Black Sambo. Though Bolger's costume changes leave something to be desired, his dancing is second to none. Where's Raymond? ran for two seasons on ABC.

THE MICKEY ROONEY SHOW (1955): Also known as Hey Mulligan, The Mickey Rooney Show starred the self-proclaimed "Number One Star in the World." Despite being in his mid-thirties, Mickey played a character none too different from his teenage Andy Hardy character, still living at home with his parents, played by Regis Toomey and Claire Carleton (who was only seven years older than him!) In this episode, "Friends and Foes", Mickey gets into a rivalry with his old pal Joey Forman (who was Rooney's nightclub partner and co-starred with him in The Atomic Kid) over who can build the better souped-up hot rod. Despite the presence of Breakfast at Tiffany's/Pink Panther creative genius Blake Edwards as head writer, The Mickey Rooney Show was not a success. NBC made the mistake of scheduling it against The Honeymooners, meaning it didn't last more than one season.

PROFESSIONAL FATHER (1955): Professional Father was a short-lived mid-season replacement on CBS, running only six months. It centered around the life of Dr. Tom Wilson, a child psychologist who found more success dealing with other people's families than his own. Wilson was played by relatively obscure radio and B-movie actor Stephen Dunne, with Barbara Billingsley (two years before she played June Cleaver on Leave it To Beaver) as his wife and child actress Beverly Washburn as his daughter. Also featured were Phyllis Coates (Lois Lane on Adventures of Superman) as his nurse and Joseph Kearns (Mr. Wilson on Dennis the Menace) as his next-door neighbor.