'The Great Stone Face of Comedy' recreates some of his classic routines from the silent era in four episodes of his rarely seen TV series, including one broadcast live! 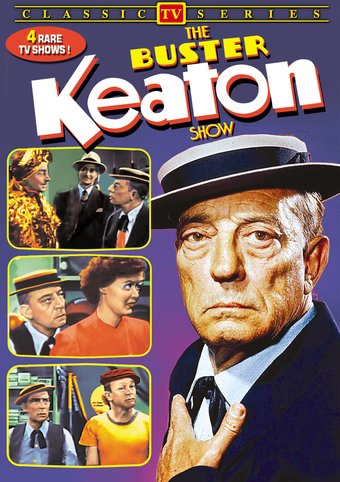 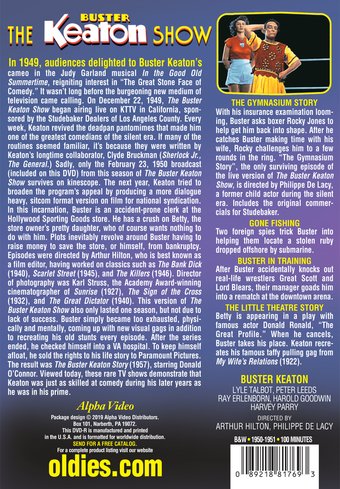 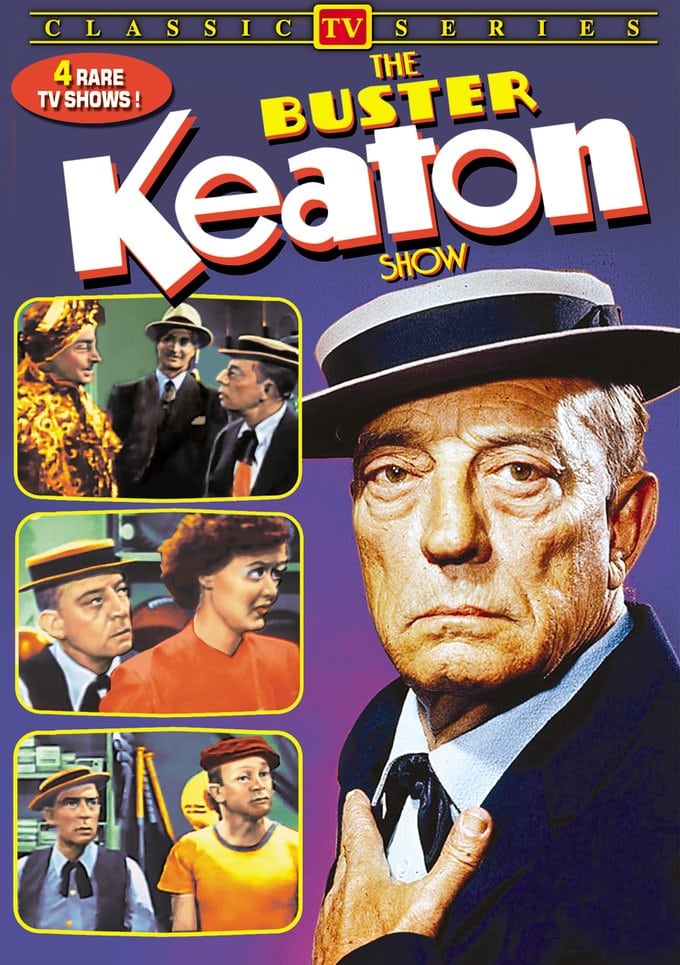 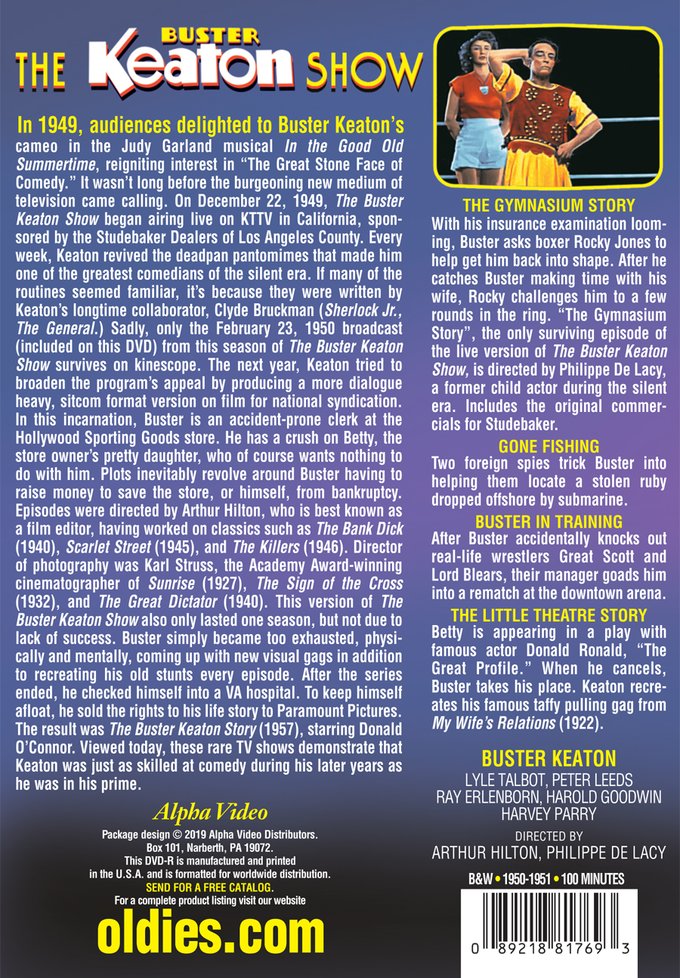 In 1949, audiences delighted to Buster Keaton's cameo in the Judy Garland musical In the Good Old Summertime, reigniting interest in "The Great Stone Face of Comedy." It wasn't long before the burgeoning new medium of television came calling. On December 22, 1949, The Buster Keaton Show began airing live on KTTV in California, sponsored by the Studebaker Dealers of Los Angeles County. Every week, Keaton revived the deadpan pantomimes that made him one of the greatest comedians of the silent era. If many of the routines seemed familiar, it's because they were written by Keaton's longtime collaborator, Clyde Bruckman (Sherlock Jr., The General.) Sadly, only the February 23, 1950 broadcast (included on this DVD) from this season of The Buster Keaton Show survives on kinescope. The next year, Keaton tried to broaden the program's appeal by producing a more dialogue heavy, sitcom format version on film for national syndication. In this incarnation, Buster is an accident-prone clerk at the Hollywood Sporting Goods store. He has a crush on Betty, the store owner's pretty daughter, who of course wants nothing to do with him. Plots inevitably revolve around Buster having to raise money to save the store, or himself, from bankruptcy. Episodes were directed by Arthur Hilton, who is best known as a film editor, having worked on classics such as The Bank Dick (1940), Scarlet Street (1945), and The Killers (1946). Director of photography was Karl Struss, the Academy Award-winning cinematographer of Sunrise (1927), The Sign of the Cross (1932), and The Great Dictator (1940). This version of The Buster Keaton Show also only lasted one season, but not due to lack of success. Buster simply became exhausted, physically and mentally, coming up with new visual gags in addition to recreating his old stunts every episode. After the series ended, he checked himself into a VA hospital. To keep himself afloat, he sold the rights to his life story to Paramount Pictures. The result was The Buster Keaton Story (1957), starring Donald O'Connor. Viewed today, these rare TV shows demonstrate that Keaton was just as skilled at comedy during his later years as he was in his prime.

THE GYMNASIUM STORY: With his insurance examination looming, Buster asks boxer Rocky Jones to help get him back into shape. After he catches Buster making time with his wife, Rocky challenges him to a few rounds in the ring. "The Gymnasium Story", the only surviving episode of the live version of The Buster Keaton Show, is directed by Philippe De Lacy, a former child actor during the silent era. Includes the original commercials for Studebaker.

BUSTER IN TRAINING: After Buster accidentally knocks out real-life wrestlers Great Scott and Lord Blears, their manager goads him into a rematch at the downtown arena.

THE LITTLE THEATRE STORY: Betty is appearing in a play with famous actor Donald Ronald, "The Great Profile." When he cancels, Buster takes his place. Keaton recreates his famous taffy pulling gag from My Wife's Relations (1922) in this episode.