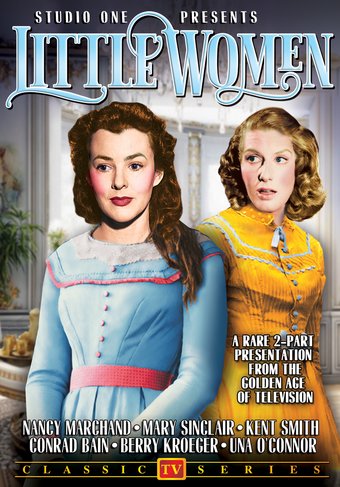 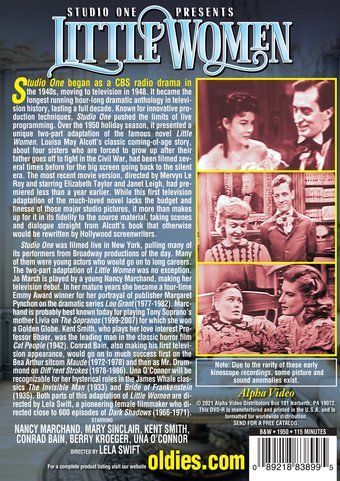 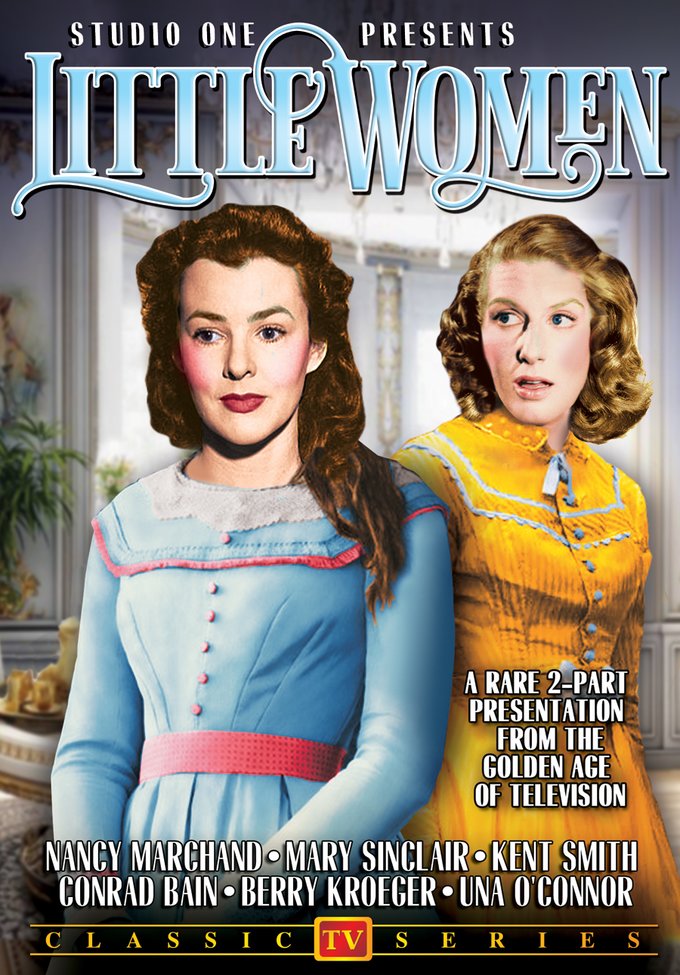 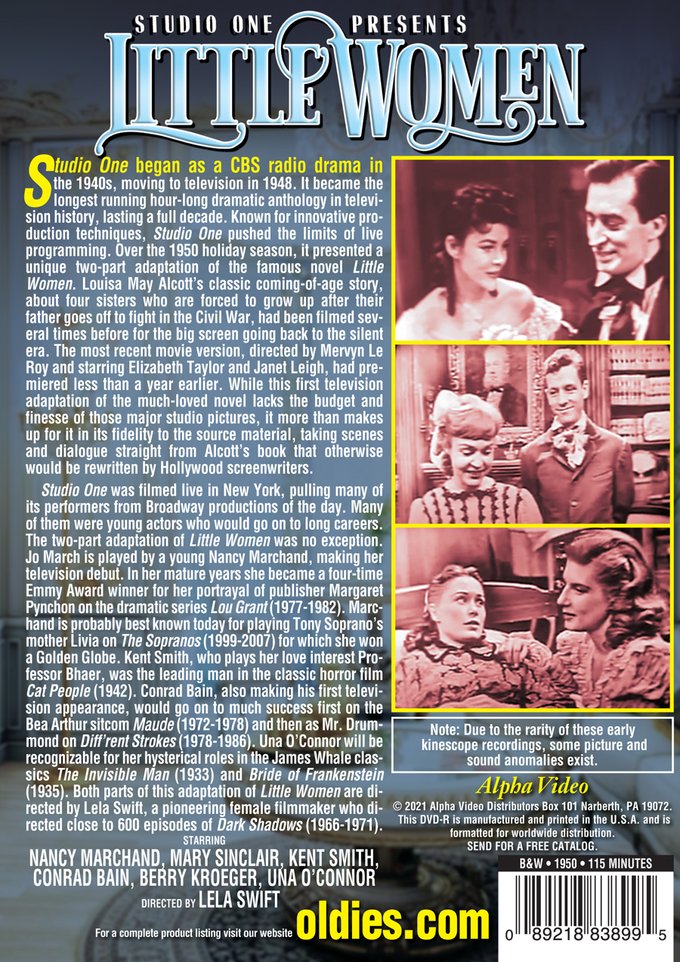 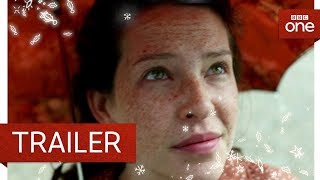 Studio One began as a CBS radio drama in the 1940s, moving to television in 1948. It became the longest running hour-long dramatic anthology in television history, lasting a full decade. Known for innovative production techniques, Studio One pushed the limits of live programming and became one of the most popular shows of its day. Over the 1950 holiday season, it presented a unique two-part adaptation of the famous novel Little Women. Louisa May Alcott's classic coming-of-age story, about four sisters who are forced to grow up after their father goes off to fight in the Civil War, had been filmed several times before for the big screen going back to the silent era. The most recent movie version, directed by Mervyn Le Roy and starring Elizabeth Taylor and Janet Leigh, had premiered less than a year earlier. While this first television adaptation of the much-loved novel lacks the budget and finesse of those major studio pictures, it more than makes up for it in its fidelity to the source material, taking scenes and dialogue straight from Alcott's book that otherwise would be rewritten by Hollywood screenwriters.

Studio One was filmed live in New York, pulling many of its performers from Broadway productions of the day. Many of them were young actors who would go on to long careers in film and television, or were established stage veterans who also appeared on the big screen. The two-part adaptation of Little Women was no exception. Jo March is played by a young Nancy Marchand, making her television debut. In her mature years she became a four-time Emmy Award winner for her portrayal of publisher Margaret Pynchon on the dramatic series Lou Grant (1977-1982). Marchand is probably best known today for playing Tony Soprano's mother Livia on The Sopranos (1999-2007) for which she won a Golden Globe. Kent Smith, who plays her love interest Professor Bhaer, was the leading man in the classic horror film Cat People (1942), and its sequel, The Curse of the Cat People (1944). Conrad Bain, also making his first television appearance, would go on to much success first on the Bea Arthur sitcom Maude (1972-1978) and then as Mr. Drummond on Diff'rent Strokes (1978-1986). Una O'Connor will be instantly recognizable to horror movie fans for her hysterical roles in the James Whale classics The Invisible Man (1933) and Bride of Frankenstein (1935). Both parts of this Studio One adaptation of Little Women are directed by Lela Swift, a pioneering female filmmaker who directed close to 600 episodes of Dark Shadows (1966-1971).

Note: Due to the rarity of these early kinescope recordings, some picture and sound anomalies exist.