Nazi saboteurs plot to steal an experimental metal that could change the outcome of the war in this lost thriller unseen for decades. 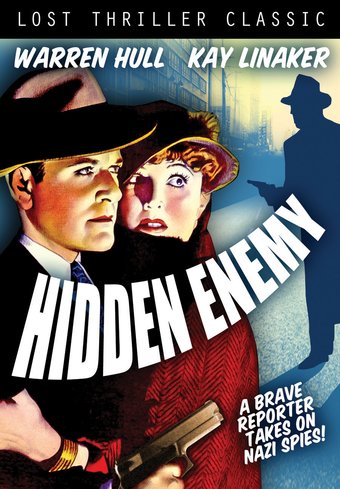 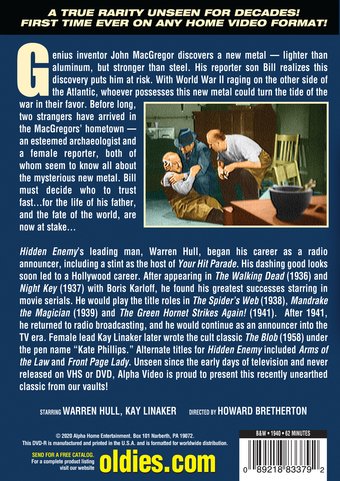 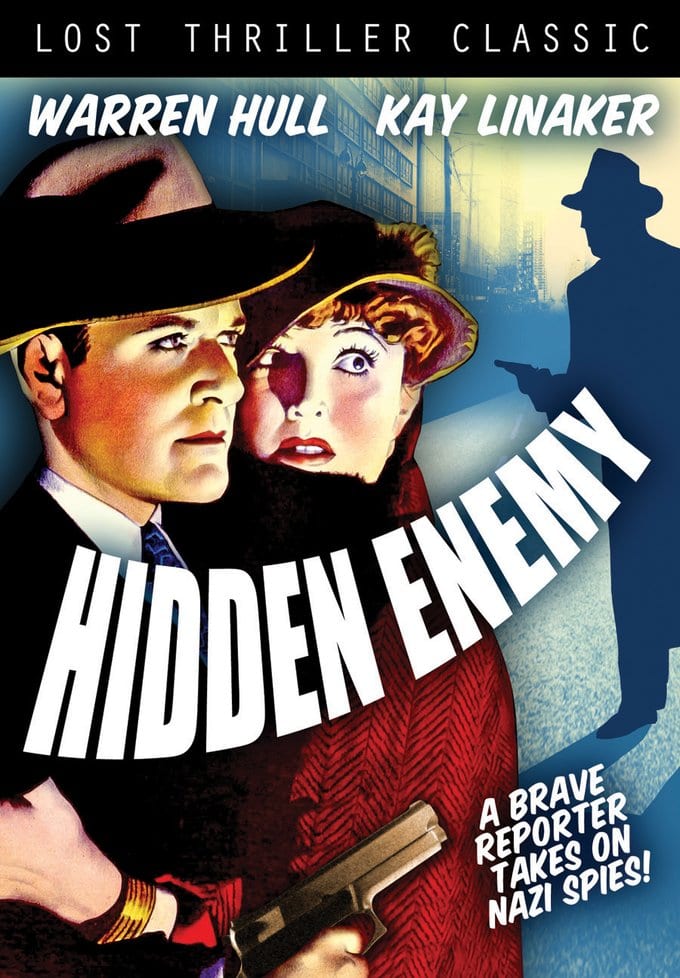 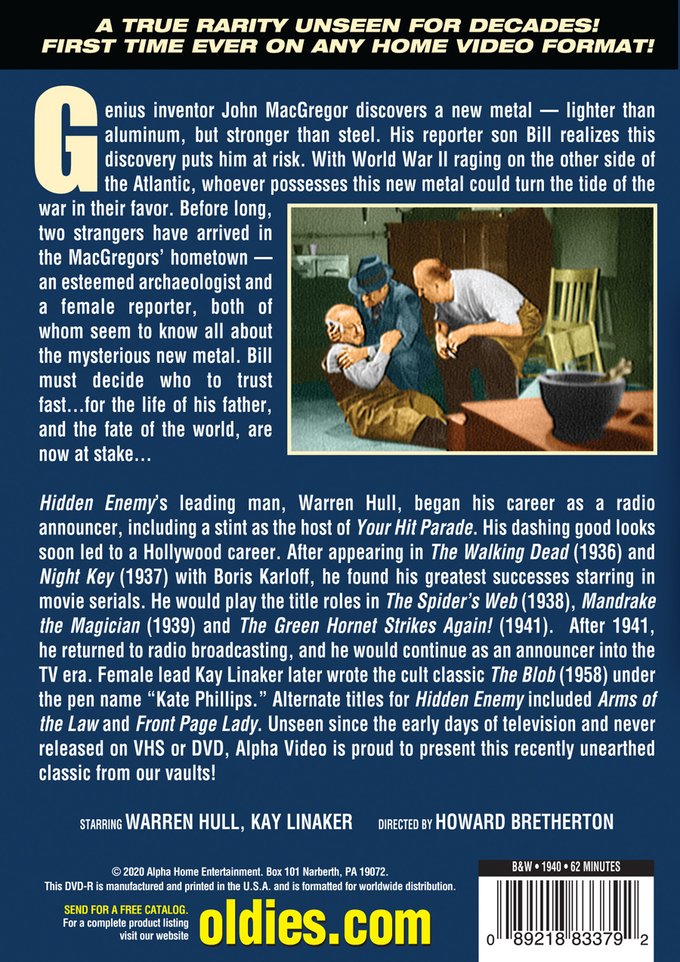 Genius inventor John MacGregor discovers a new metal - lighter than aluminum, but stronger than steel. His reporter son Bill realizes this discovery puts him at risk. With World War II raging on the other side of the Atlantic, whoever possesses this new metal could turn the tide of the war in their favor. Before long, two strangers have arrived in the MacGregors' hometown - an esteemed archaeologist and a female reporter, both of whom seem to know all about the mysterious new metal. Bill must decide who to trust fast...for the life of his father, and the fate of the world, are now at stake...

Hidden Enemy's leading man, Warren Hull, began his career as a radio announcer, including a stint as the host of Your Hit Parade. His dashing good looks soon led to a Hollywood career. After appearing in The Walking Dead (1936) and Night Key (1937) with Boris Karloff, he found his greatest successes starring in movie serials. He would play the title roles in The Spider's Web (1938), Mandrake the Magician (1939) and The Green Hornet Strikes Again! (1941). After 1941, he returned to radio broadcasting, and he would continue as an announcer into the TV era. Female lead Kay Linaker later wrote the cult classic The Blob (1958) under the pen name "Kate Phillips." Alternate titles for Hidden Enemy included Arms of the Law and Front Page Lady. Unseen since the early days of television and never released on VHS or DVD, Alpha Video is proud to present this recently unearthed classic from our vaults!

17%off
A Walk Among the Tombstones
$12.50 Super Savings
Add to Cart

24%off
Fantastic Beasts: The Crimes of Grindelwald (2-DVD)
$9.80 Super Savings
Add to Cart