Three hour-long episodes of this thrilling crime series about a detective agency in San Francisco whose goal is to stop crimes before they can happen. 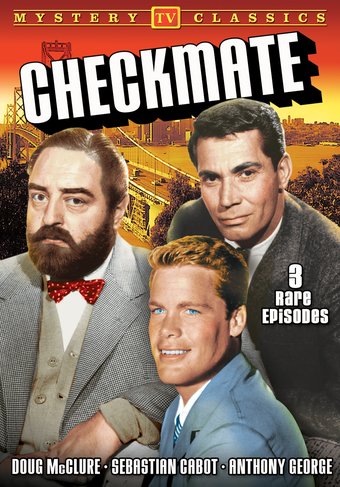 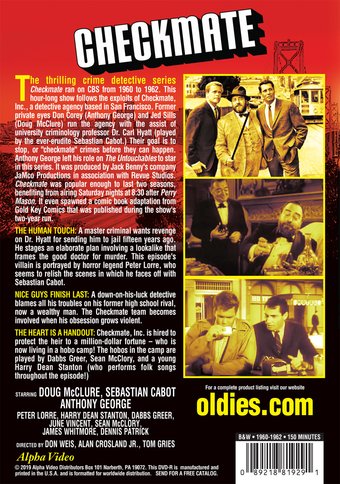 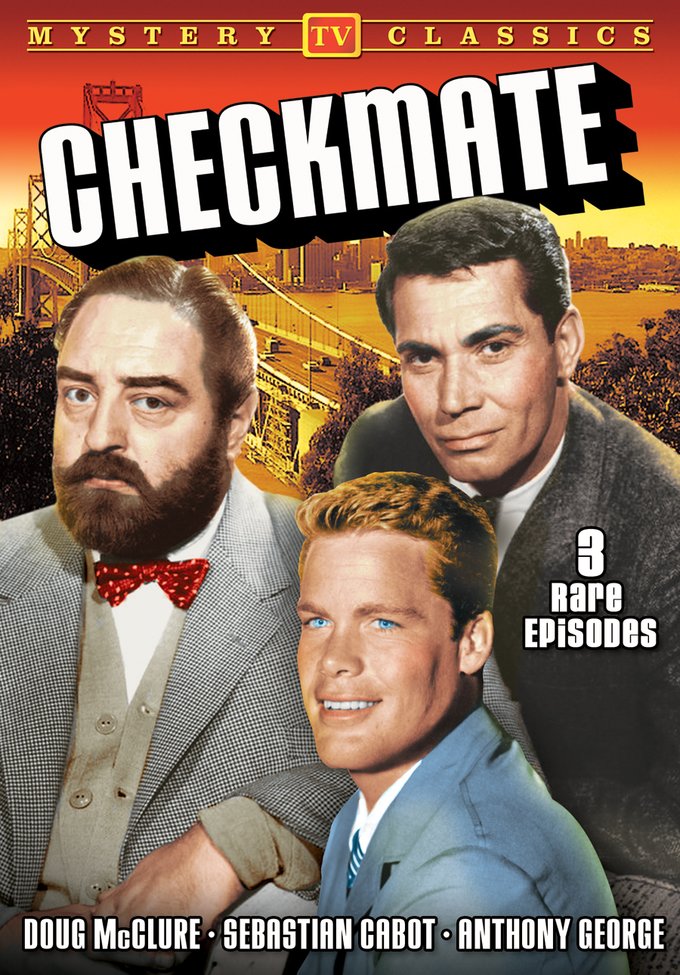 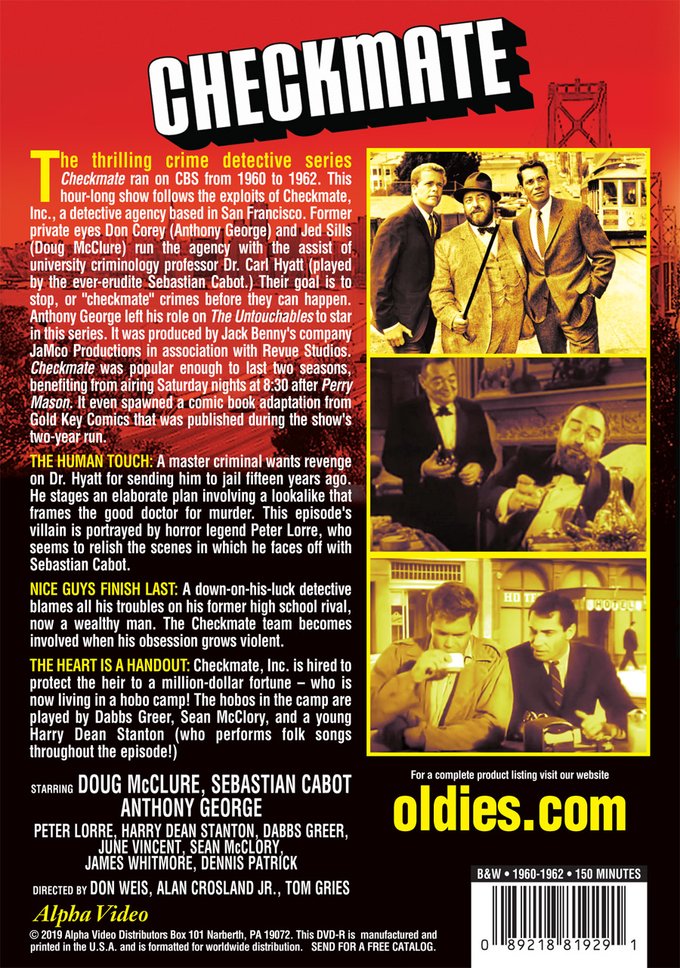 The thrilling crime detective series Checkmate ran on CBS from 1960 to 1962. This hour-long show follows the exploits of Checkmate, Inc., a detective agency based in San Francisco. Former private eyes Don Corey (Anthony George) and Jed Sills (Doug McClure) run the agency with the assist of university criminology professor Dr. Carl Hyatt (played by the ever-erudite Sebastian Cabot.) Their goal is to stop, or "checkmate" crimes before they can happen. Anthony George left his role on The Untouchables to star in this series. It was produced by Jack Benny's company JaMco Productions in association with Revue Studios. Checkmate was popular enough to last two seasons, benefiting from airing Saturday nights at 8:30 after Perry Mason. It even spawned a comic book adaptation from Gold Key Comics that was published during the show's two-year run.

THE HUMAN TOUCH: A master criminal wants revenge on Dr. Hyatt for sending him to jail fifteen years ago. He stages an elaborate plan involving a lookalike that frames the good doctor for murder. This episode's villain is portrayed by horror legend Peter Lorre, who seems to relish the scenes in which he faces off with Sebastian Cabot.

THE HEART IS A HANDOUT: Checkmate, Inc. is hired to protect the heir to a million-dollar fortune – who is now living in a hobo camp! The hobos in the camp are played by Dabbs Greer, Sean McClory, and a young Harry Dean Stanton (who performs folk songs throughout the episode!)