Lee Bowman and Rocky Graziano are detectives investigating crimes on sun-kissed Miami Beach in four episodes of this lost gem of Sixties television. 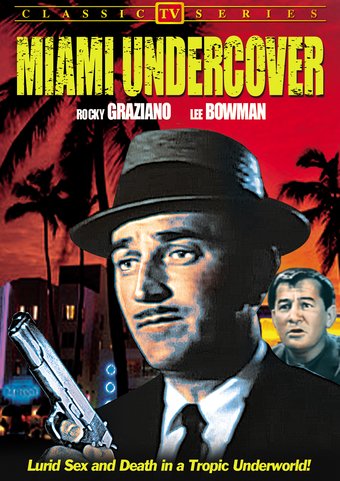 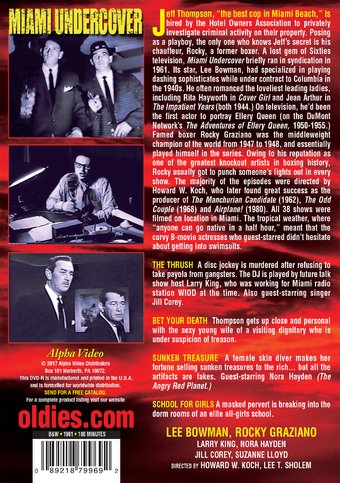 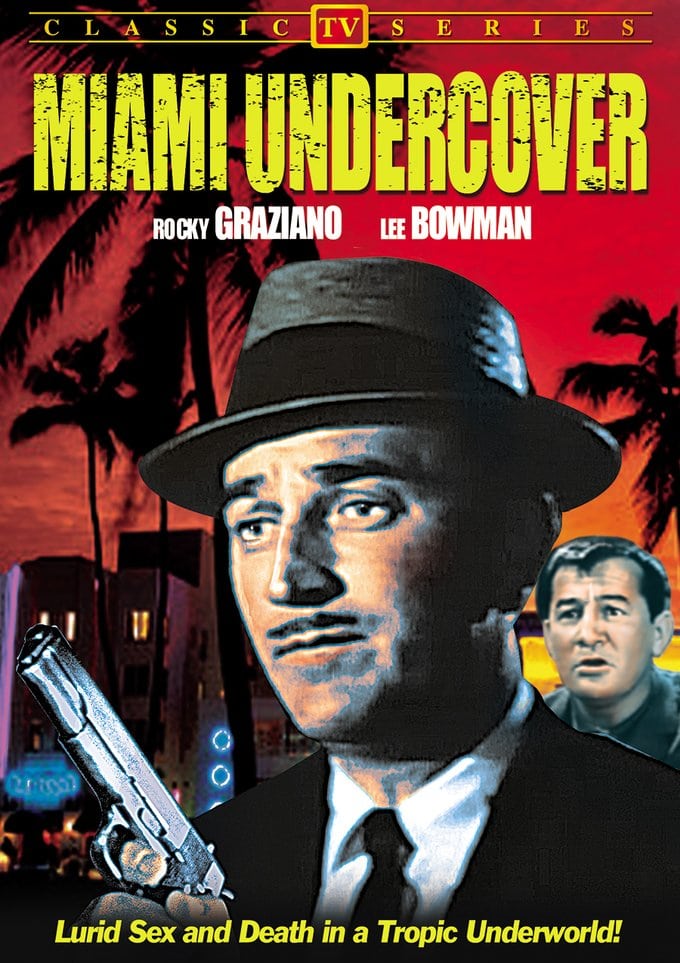 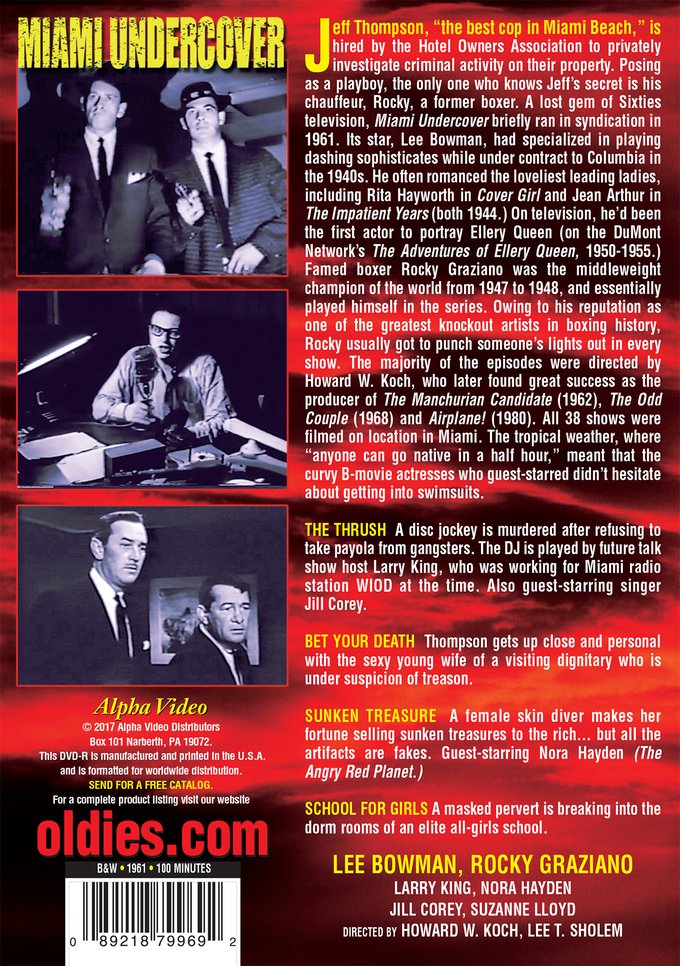 Jeff Thompson, "the best cop in Miami Beach", is hired by the Hotel Owners Association to privately investigate criminal activity on their property. Posing as a playboy, the only one who knows Jeff's secret is his chauffeur, Rocky, a former boxer. A lost gem of Sixties television, Miami Undercover briefly ran in syndication in 1961. Its star, Lee Bowman, had specialized in playing dashing sophisticates while under contract to Columbia in the 1940s. He often romanced the loveliest leading ladies, including Rita Hayworth in Cover Girl and Jean Arthur in The Impatient Years (both 1944.) On television, he'd been the first actor to portray Ellery Queen (on the DuMont Network's The Adventures of Ellery Queen, 1950-1955.) Famed boxer Rocky Graziano was the middleweight champion of the world from 1947 to 1948, and essentially played himself in the series. Owing to his reputation as one of the greatest knockout artists in boxing history, Rocky usually got to punch someone's lights out in every show. The majority of the episodes were directed by Howard W. Koch, who later found great success as the producer of The Manchurian Candidate (1962), The Odd Couple (1968) and Airplane! (1980). All 38 shows were filmed on location in Miami. The tropical weather, where "anyone can go native in a half hour," meant that the curvy B-movie actresses who guest-starred didn't hesitate about getting into swimsuits.

THE THRUSH: A disc jockey is murdered after refusing to take payola from gangsters. The DJ is played by future talk show host Larry King, who was working for Miami radio station WIOD at the time. Also guest-starring singer Jill Corey.

BET YOUR DEATH: Thompson gets up close and personal with the sexy young wife of a visiting dignitary who is under suspicion of treason.

SCHOOL FOR GIRLS: A masked pervert is breaking into the dorm rooms of an elite all-girls school.

Detectives | Vintage TV | Crime
This product is made-on-demand by the manufacturer using DVD-R recordable media. Almost all DVD players can play DVD-Rs (except for some older models made before 2000) - please consult your owner's manual for formats compatible with your player. These DVD-Rs may not play on all computers or DVD player/recorders. To address this, the manufacturer recommends viewing this product on a DVD player that does not have recording capability.