Four long-lost episodes of the television version of the famous play and movie 'I Remember Mama', about the hardships of a family of Norwegian immigrants living in San Francisco during the 1910s. 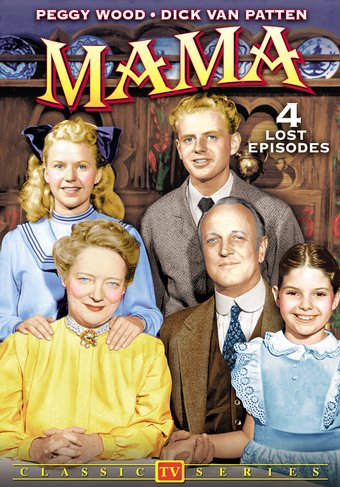 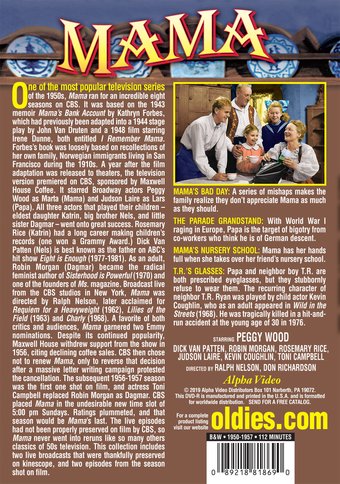 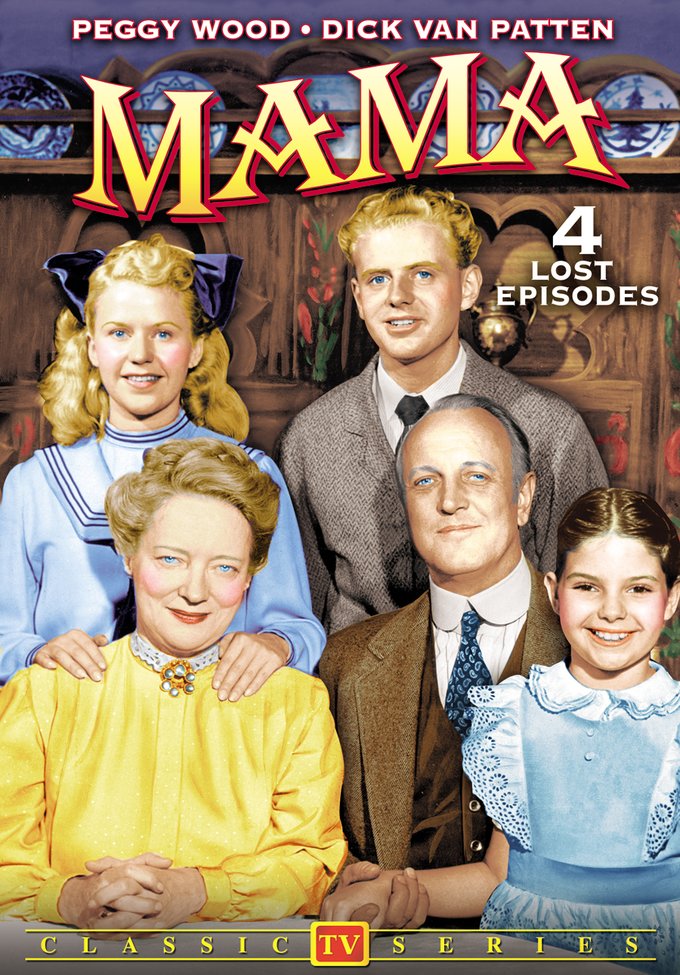 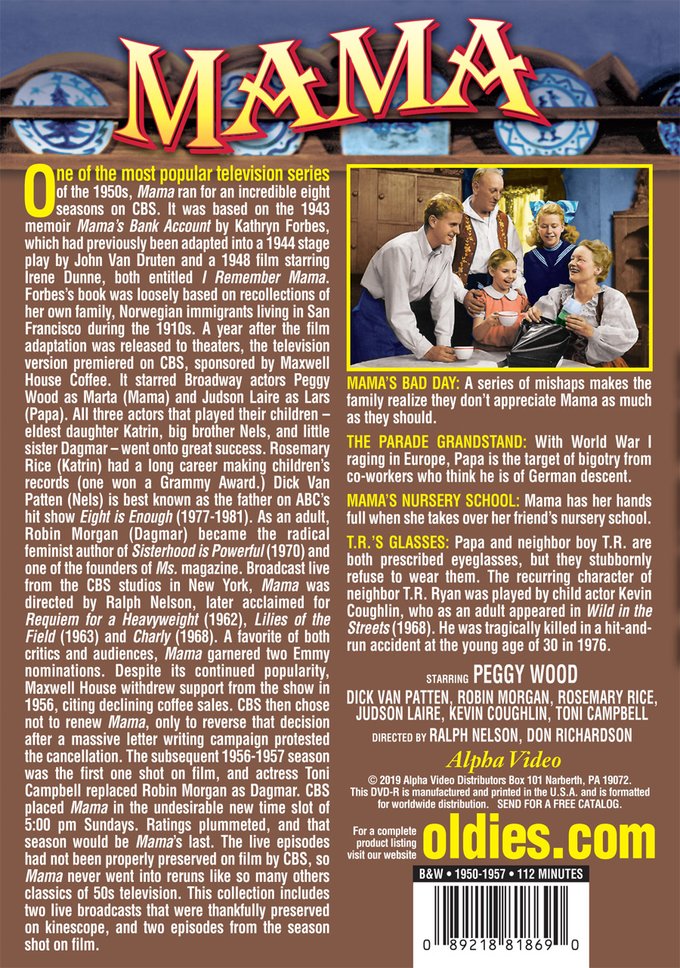 One of the most popular television series of the 1950s, Mama ran for an incredible eight seasons on CBS. It was based on the 1943 memoir Mama's Bank Account by Kathryn Forbes, which had previously been adapted into a 1944 stage play by John Van Druten and a 1948 film starring Irene Dunne, both entitled I Remember Mama. Forbes's book was loosely based on recollections of her own family, Norwegian immigrants living in San Francisco during the 1910s. A year after the film adaptation was released to theaters, the television version premiered on CBS, sponsored by Maxwell House Coffee. It starred Broadway actors Peggy Wood as Marta (Mama) and Judson Laire as Lars (Papa). All three actors that played their children – eldest daughter Katrin, big brother Nels, and little sister Dagmar – went onto great success. Rosemary Rice (Katrin) had a long career making children's records (one of which won a Grammy Award.) Dick Van Patten (Nels) is best known as the father on ABC's hit show Eight is Enough (1977-1981), in addition to many other endearing roles on film and television. As an adult, Robin Morgan (Dagmar) became the radical feminist author of Sisterhood is Powerful (1970) and one of the founders of Ms. magazine. Broadcast live from the CBS studios in New York, Mama was directed by Ralph Nelson, later acclaimed for Requiem for a Heavyweight (1962), Lilies of the Field (1963) and Charly (1968). A favorite of both critics and audiences, Mama garnered two Emmy nominations (one for Peggy Wood's performance) and consistently finished in the top 30 Nielsen ratings. The Irene Dunne movie was even re-released in theaters to capitalize on the TV program's success. Despite its continued popularity, Maxwell House withdrew support from the show in 1956, citing declining coffee sales. CBS then chose not to renew Mama, only to reverse that decision after a massive letter writing campaign protested the cancellation (the first time this had happened in television history.) The subsequent 1956-1957 season was the first one shot on film, and actress Toni Campbell replaced Robin Morgan as Dagmar. Even though they had given in to viewer demand to revive the show, CBS placed Mama in the undesirable new time slot of 5:00 pm Sundays. Ratings plummeted, and that season would be Mama's last. The live episodes had not been properly preserved on film by CBS, so Mama never went into reruns like so many others classics of 50s television, making it unfamiliar to subsequent generations of TV watchers. This collection includes two live broadcasts that were thankfully preserved on kinescope, and two episodes from the season shot on film.

MAMA'S BAD DAY: A series of mishaps makes the family realize they don't appreciate Mama as much as they should.

THE PARADE GRANDSTAND: With World War I raging in Europe, Papa is the target of bigotry from co-workers who think he is of German descent.

MAMA'S NURSERY SCHOOL: Mama has her hands full when she takes over her friend's nursery school.

T.R.'S GLASSES: Papa and neighbor boy T.R. are both prescribed eyeglasses, but they stubbornly refuse to wear them. The recurring character of neighbor T.R. Ryan was played by child actor Kevin Coughlin, who as an adult appeared in Wild in the Streets (1968). He was tragically killed in a hit-and-run accident at the young age of 30 in 1976.