Two double agents must disable a cache of Nazi flamethrowers on the night before D-Day./Four ex-cons accept a suicide mission to infiltrate a Nazi stronghold. 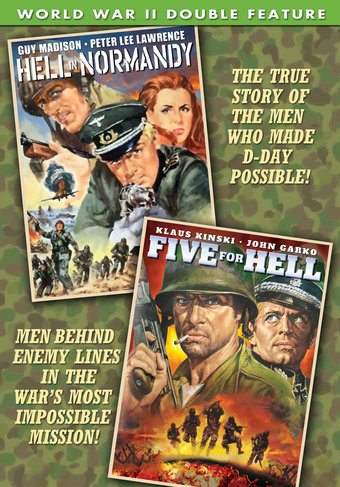 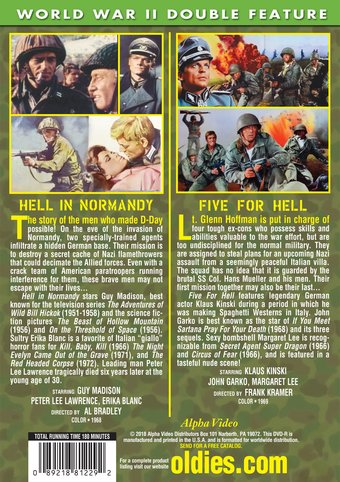 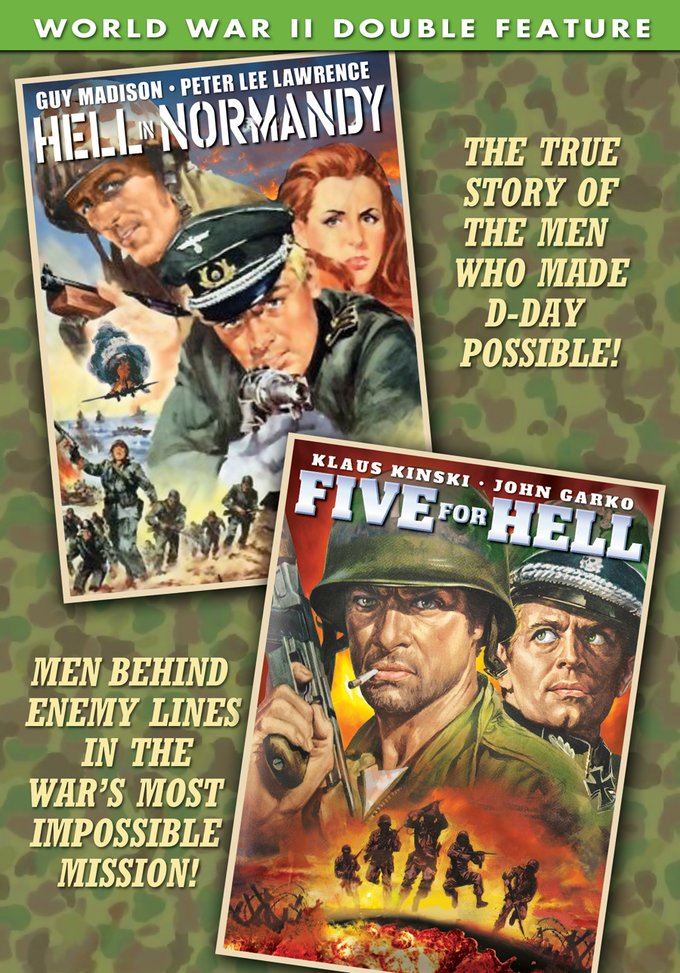 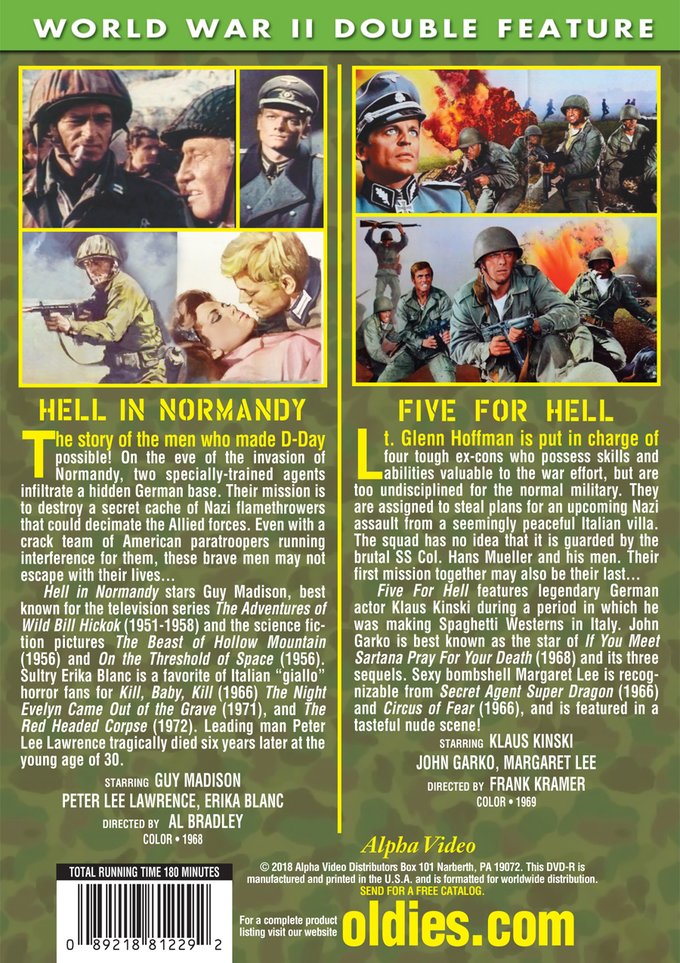 HELL IN NORMANDY (1968): The story of the men who made D-Day possible! On the eve of the invasion of Normandy, two specially-trained agents infiltrate a hidden German base. Their mission is to destroy a secret cache of Nazi flamethrowers that could decimate the Allied forces. Even with a crack team of American paratroopers running interference for them, these brave men may not escape with their lives…

Hell in Normandy stars Guy Madison, best known for the television series The Adventures of Wild Bill Hickok (1951-1958) and the science fiction pictures The Beast of Hollow Mountain (1956) and On the Threshold of Space (1956). Sultry Erika Blanc is a favorite of Italian "giallo" horror fans for Kill, Baby, Kill (1966) The Night Evelyn Came Out of the Grave (1971), and The Red Headed Corpse (1972). Leading man Peter Lee Lawrence tragically died six years later at the young age of 30.

FIVE FOR HELL (1969): Lt. Glenn Hoffman is put in charge of four tough ex-cons who possess skills and abilities valuable to the war effort, but are too undisciplined for the normal military. They are assigned to steal plans for an upcoming Nazi assault from a seemingly peaceful Italian villa. The squad has no idea that it is guarded by the brutal SS Col. Hans Mueller and his men. Their first mission together may also be their last…

Five For Hell features legendary German actor Klaus Kinski during a period in which he was making Spaghetti Westerns in Italy. John Garko is best known as the star of If You Meet Sartana Pray For Your Death (1968) and its three sequels. Sexy bombshell Margaret Lee is recognizable from Secret Agent Super Dragon (1966) and Circus of Fear (1966), and is featured in a tasteful nude scene!

Battle of the Bulge: Wunderland
$5.20 Super Savings
Add to Cart