A collection of combat footage and newsreels from the battlegrounds of Europe and the Pacific. 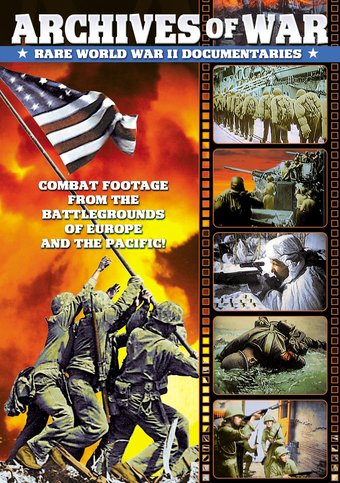 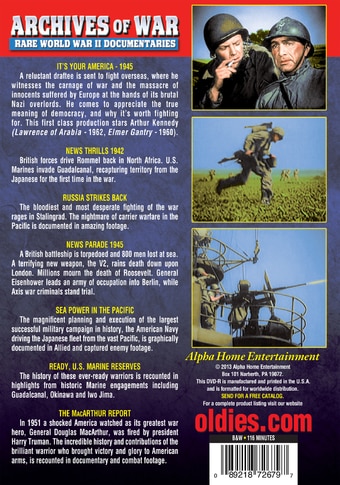 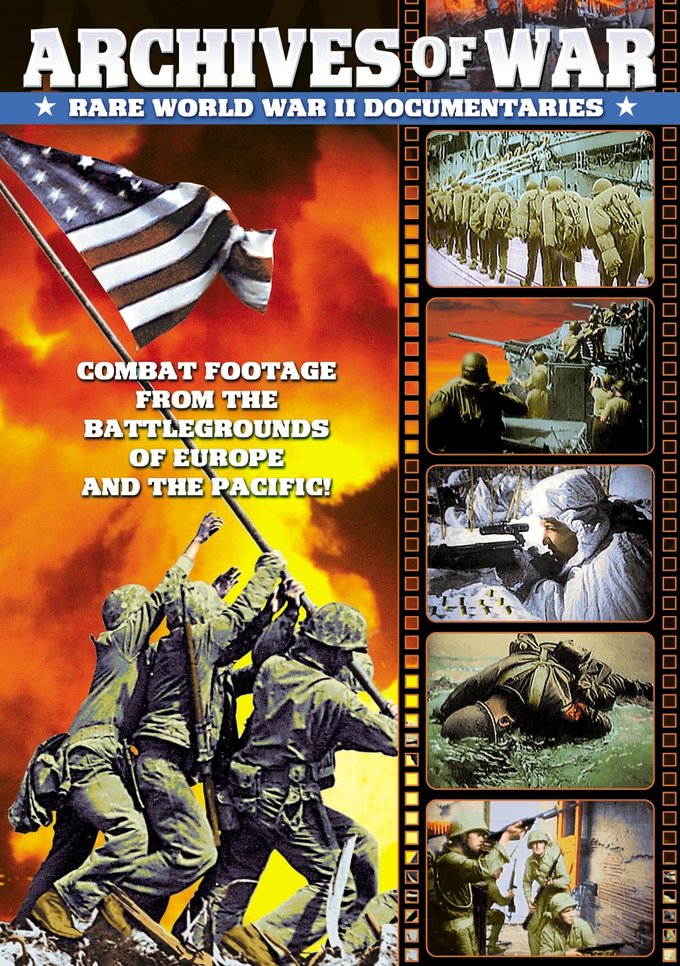 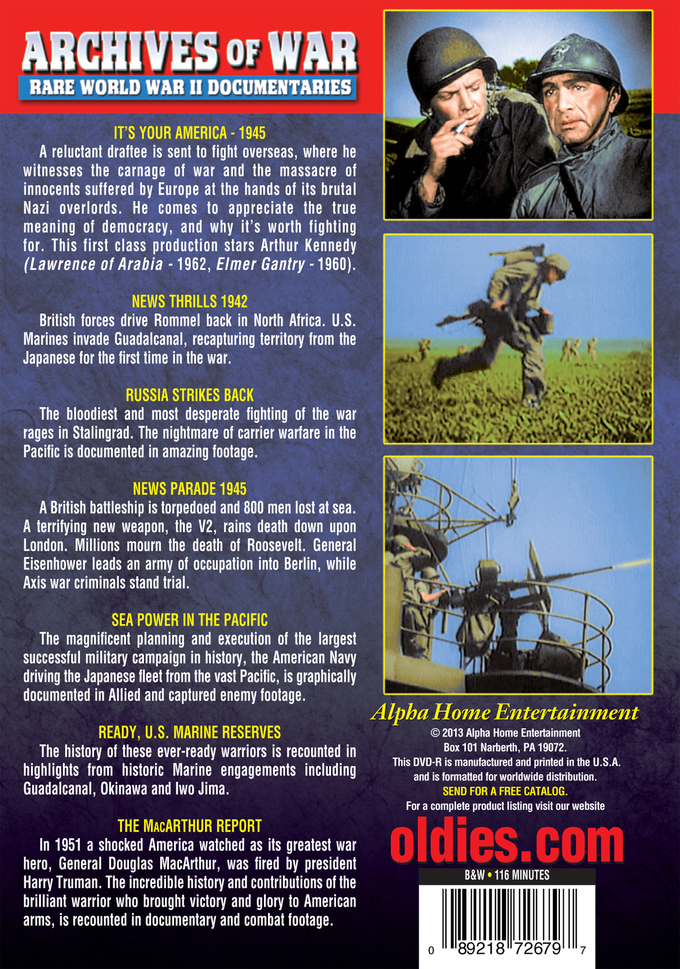 IT'S YOUR AMERICA - 1945: A reluctant draftee is sent to fight overseas, where he witnesses the carnage of war and the massacre of innocents suffered by Europe at the hands of its brutal Nazi overlords. He comes to appreciate the true meaning of democracy, and why it's worth fighting for. This first class production stars Arthur Kennedy (Lawrence of Arabia - 1962, Elmer Gantry - 1960).

NEWS THRILLS 1942: British forces drive Rommel back in North Africa. U.S. Marines invade Guadalcanal, recapturing territory from the Japanese for the first time in the war.

RUSSIA STRIKES BACK: The bloodiest and most desperate fighting of the war rages in Stalingrad. The nightmare of carrier warfare in the Pacific is documented in amazing footage.

NEWS PARADE 1945: A British battleship is torpedoed and 800 men lost at sea. A terrifying new weapon, the V2, rains death down upon London. Millions mourn the death of Roosevelt. General Eisenhower leads an army of occupation into Berlin, while Axis war criminals stand trial.

SEA POWER IN THE PACIFIC: The magnificent planning and execution of the largest successful military campaign in history, the American Navy driving the Japanese fleet from the vast Pacific, is graphically documented in Allied and captured enemy footage.

READY, U.S. MARINE RESERVES: The history of these ever-ready warriors is recounted in highlights from historic Marine engagements including Guadalcanal, Okinawa and Iwo Jima.

THE MACARTHUR REPORT: In 1951 a shocked America watched as its greatest war hero, General Douglas MacArthur, was fired by president Harry Truman. The incredible history and contributions of the brilliant warrior who brought victory and glory to American arms, is recounted in documentary and combat footage.

War
This product is made-on-demand by the manufacturer using DVD-R recordable media. Almost all DVD players can play DVD-Rs (except for some older models made before 2000) - please consult your owner's manual for formats compatible with your player. These DVD-Rs may not play on all computers or DVD player/recorders. To address this, the manufacturer recommends viewing this product on a DVD player that does not have recording capability.