One of the most brutal battles of World War II is recreated in this critically-acclaimed war classic. 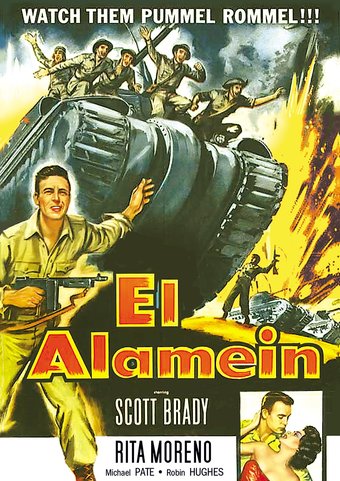 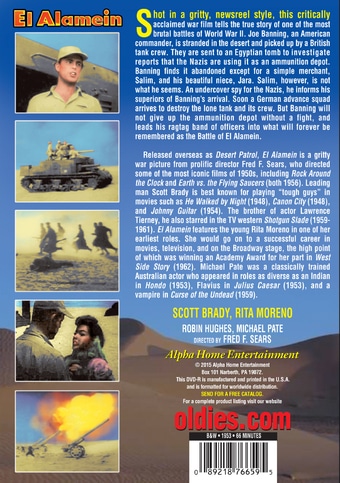 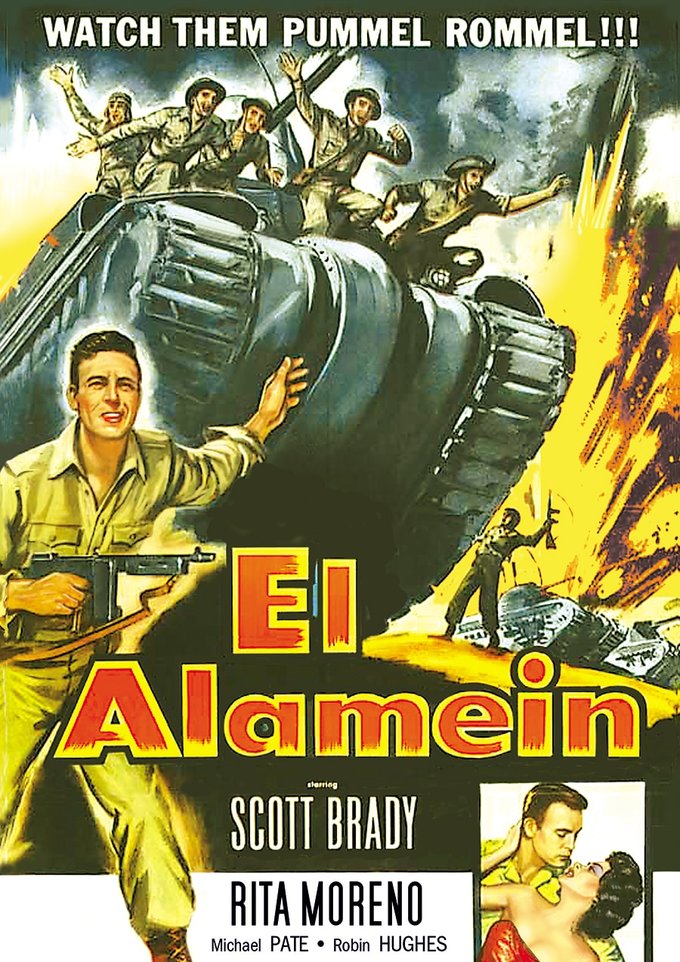 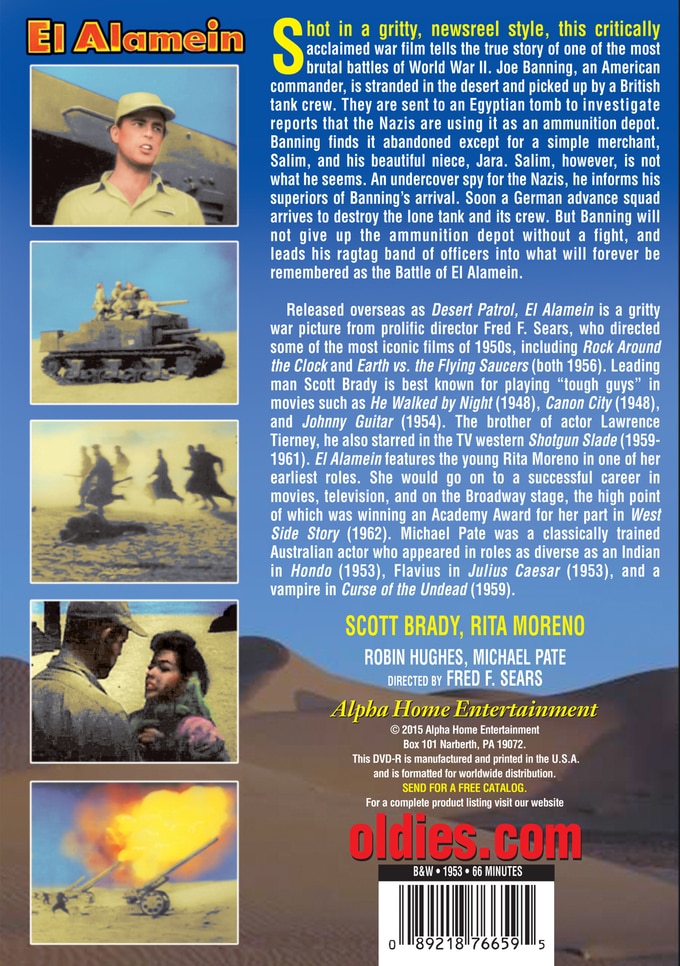 Shot in a gritty, newsreel style, this critically acclaimed war film tells the true story of one of the most brutal battles of World War II. Joe Banning, an American tank commander, is given a new crew made up of misfits washed out of the Armed Forces. They are sent to an Egyptian desert tomb to investigate reports that the Nazis are using it as an ammunition depot. Banning finds it abandoned except for a simple merchant, Salim, and his beautiful niece, Jara. Salim, however, is not what he seems. An undercover spy for the Nazis, he informs his superiors of Banning's arrival. Soon a German advance squad arrives to destroy the lone tank and its crew. But Banning will not give up the ammunition depot without a fight, and leads his ragtag band of officers into what will forever be remembered as the Battle of El Alamein.

Released overseas as Desert Patrol, El Alamein is a gritty war picture from prolific director Fred F. Sears, who directed some of the most iconic films of 1950s, including Rock Around the Clock and Earth vs. the Flying Saucers (both 1956). Leading man Scott Brady is best known for playing "tough guys" in movies such as He Walked by Night (1948), Canon City (1948), and Johnny Guitar (1954). The brother of actor Lawrence Tierney, he also starred in the TV western Shotgun Slade (1959-1961). El Alamein features the young Rita Moreno in one of her earliest roles. She would go on to a successful career in movies, television, and on the Broadway stage, the high point of which was winning an Academy Award for her part in West Side Story (1962). Michael Pate was a classically trained Australian actor who appeared in roles as diverse as an Indian in Hondo (1953), Flavius in Julius Caesar (1953), and a vampire in Curse of the Undead (1959).

Adventure | War | Heroes | Desert | Nazis | Germany | Soldiers | Great Britain
This product is made-on-demand by the manufacturer using DVD-R recordable media. Almost all DVD players can play DVD-Rs (except for some older models made before 2000) - please consult your owner's manual for formats compatible with your player. These DVD-Rs may not play on all computers or DVD player/recorders. To address this, the manufacturer recommends viewing this product on a DVD player that does not have recording capability.